APS: Good for the Jews?

Welcome back to school!

Today, Tuesday August 13, is the first day of class
on the Albuquerque Public Schools student calendar.

Abq Jew therefore reminds Albuquerque drivers:
Be careful out there!

Checking the Abq Jewish Events Calendar,
we see that there are approximately

Question:
What does this mean for Jewish kids
who attend Albuquerque Public Schools?

Answer:
Kids can take off for Rosh Hashanah
(and Sukkot, Shemini Atzeret, and Simchat Torah;
plus the 7th and 8th days of Passover)
and have those days counted
as "excused absences".


Meaning:
Let's take our kids to shul on the High Holidays! 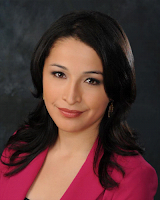 On Wednesday evening, the Albuquerque Public Schools Board updated the treatment of religious issues at a Policy and Instruction Committee meeting at their headquarters.

Carrie Robin Menapace, an APS policy analyst, said the subtle changes "gives parameters for the district to work within when it comes to talking about religious issues in schools."

The board voted to allow religious students an "excused absence" versus a "non-penalized" absence to observe religious holidays.

The board also discussed religious displays in the classroom.

"Religious exhibits and displays should be limited again to their academic value within the classroom," Menapace said.

However, discussion about the differences in religion is encouraged.

"But we don't say one is right, one is wrong or promote one over the other," Menapace said. "We remain as neutral as possible, that children feel like they can talk about religion, and the classroom is a safe space to do that.”

The board also voted that APS shall not conduct or sanction any prayers or public blessings at any district-sponsored activity.

Albuquerque Public Schools shall strive to maintain a neutral stance in matters involving religion. Albuquerque Public Schools shall adhere to the following guidelines regarding religion and the instructional day:
School facilities may be used by religious groups outside of instructional hours or when such use will not conflict or interfere with the school program in accordance with Board of Education policy and administrative procedural directive.

Albuquerque Public Schools shall not conduct or sanction any invocations, benedictions, or formal prayers at any district-sponsored activities.

Repeat:
Let's take our kids to shul on the High Holidays!


Note: The Religious Holiday policy for APS students appears to be more just and equitable than the policy for APS teachers. There's still work that needs to be done!