The Lonely Bull: Today is August 21, Abq Jew's father's birthday. Richard W Yellin, of blessed memory, would have been 89 today.

Which is the same age as, lehavdil, Great Grand Mama Sheila Kronrot, may she live here in Albuquerque to 121 (she shouldn't go suddenly at 120). 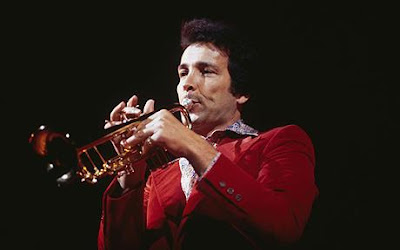 Herb Alpert is only 78. Seventy-eight is looking younger and younger these days.


"Remember," Abq Jew's father used to tell him:
"When Mozart was your age, he had been dead for 20 years."

For those of you too young to remember, Wikipedia tells us: 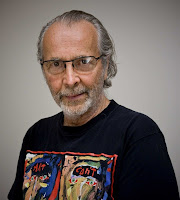 Want to know more? Of course you do!


Alpert was born in Los Angeles, California, the son of Tillie (née Goldberg) and Louis Alpert. His family was Jewish, and had come to the U.S. from Radomyshl (in present-day Ukraine) and Romania.

His father, although a tailor by trade, was also a talented mandolin player. His mother taught violin at a young age. His older brother David was a talented young drummer. Alpert himself began trumpet lessons at the age of eight and played at dances as a teenager.

Fascinating, eh what? You're welcome! So here is where it gets really interesting:


Alpert set up a small recording studio in his garage and had been overdubbing a tune called "Twinkle Star" ...

During a visit to Tijuana, Mexico, Alpert happened to hear a mariachi band while attending a bullfight.

Following the experience, Alpert recalled that he was inspired to find a way to express musically what he felt while watching the wild responses of the crowd, and hearing the brass musicians introducing each new event with rousing fanfare. 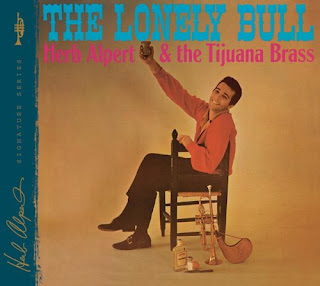 Alpert adapted the trumpet style to the tune, mixed in crowd cheers and other noises for ambiance, and renamed the song "The Lonely Bull".

Who, Abq Jew hears you ask, were the members of the Tijuana Brass?


Alpert used to tell his audiences that his group consisted of "Four lasagnas, two bagels, and an American cheese":

And how about that other "mariachi" group, the Baja ("Aja") Marimba Band?


The Tijuana Brass's success helped spawn other Latin acts, notably Julius Wechter (long-time friend of Alpert's and the marimba player for the Brass) and the Baja Marimba Band ....

Herb Alpert never had the pleasure of meeting Abq Jew's father (although Jack Benny did, at the Tel Aviv Hilton, in 1968 - but that's another story).

But his father was nevertheless able to introduce Abq Jew to Herb Albert, via the most technologically advanced instrument known to then-modern man: 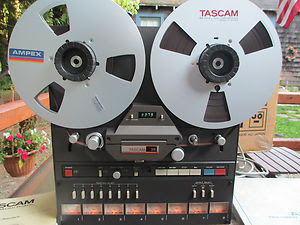 Wikipedia again, for those of you who think portable CD players are ancient:


Stereo 8, commonly known as the eight-track cartridge, eight-track tape, or simply eight-track, is a magnetic tape sound recording technology. It was popular in the United States from the mid-1960s through to the early 1980s ...

Stereo 8 was created in 1964 by a consortium led by Bill Lear of Lear Jet Corporation, along with Ampex, Ford Motor Company, General Motors, Motorola, and RCA Victor Records (RCA).

And this is how Abq Jew remembers his father, Herb Alpert, and The Lonely Bull.