Against 'Operation Rescue': As he stated in Passover Matzah! Breaking News! -

Abq Jew firmly believes that, when confronting vital questions about politics, philosophy, or ... ahem ... religion, the life-affirming answer is always 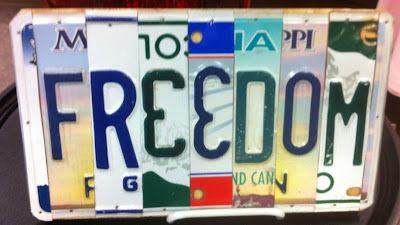 But Abq Jew has recently become aware of a threat to that freedom, right here in Albuquerque: the so-called "pro-life" group Operation Rescue.


Operation Rescue® is one of the leading pro-life Christian activist organizations in the nation. Operation Rescue® recently made headlines when it bought and closed an abortion clinic in Wichita, Kansas and has become perhaps the most visible voice of the pro-life activist movement in America. Its activities are on the cutting edge of the abortion issue, taking direct action to restore legal personhood to the pre-born and stop abortion in obedience to biblical mandates.

Abq Jew is sorry to report that Operation Rescue has recently targeted Albuquerque, which the group describes as "the Late-term Abortion Capital" - and where there may be an initiative on the ballot this fall that would ban abortions after 20 weeks. 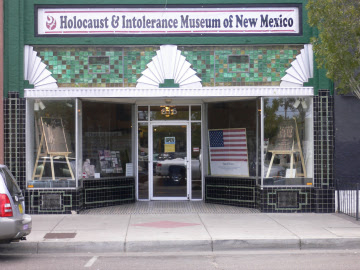 One of Operation Rescue's targets in Albuquerque this past week was ... the the New Mexico Holocaust and Intolerance Museum - where, according to The Raw Story:


As part of its “Do You Know? Do You Care?” campaign, Survivors of the Abortion Holocaust staged a protest Thursday outside of the New Mexico Holocaust and Intolerance Museum.

The activists not only held signs reading “ABQ: America’s Auschwitz,” they entered the museum to hand out leaflets and demand it commission an exhibit comparing the Holocaust to abortion.

The Albuquerque Journal reported that a doctor's home was also a target of an abortion protest. And that the city's three mayoral candidates agree that the New Mexico Holocaust and Intolerance Museum isn’t the right place for an anti-abortion [protest] exhibit.

I think that people are trying to impose their religious beliefs on others, and that's just plain wrong.

Want to do more to defend Albuquerque's freedom? Join the Rally!

Show your support for the midwives, women, doctors, and Jewish community of Albuquerque

We are midwives, doctors, mothers, members of the Jewish community and other concerned citizens. We are horrified that the extremist group Operation Rescue and its affiliates have invaded our city. They have harassed the Holocaust museum, handed out wanted-style postcards with the pictures, names and addresses of local doctors, terrorized a birth center (while a woman was giving birth inside!) and also terrorized the home of a local family physician.

Albuquerque needs to know Operation Rescue’s history. When they invaded Wichita, they escalated and escalated, and did not stop until the doctor they were targeting was assassinated.

No matter your personal view of the right for women to choose, we can all agree that terrorism cannot be a tolerated tactic to advance any cause. We are gathering to defend and show our support for the women, midwives, doctors, and Jewish community of our city. We will rally at Civic Plaza on Tuesday, August 20, 2013 from noon to 1 pm calling upon our mayor to Denounce Terrorism in Albuquerque.

Operation Rescue and its affiliates are now targeting midwives, physicians, and the Holocaust museum in Albuquerque. Mayor Richard Berry was photographed posing with one of the organizers of these extremist groups. The photo’s caption indicated Berry’s support of their efforts.

We demand that our Mayor make a public statement denouncing these groups and their tactics of terrorism. He must pledge to protect the safety of midwives, women, the Jewish community, and physicians in Albuquerque.

The organizers of this event are a grassroots group of local citizens concerned about the safety of Albuquerque. We are not affiliated with any political or non-profit organizations. For more information, contact Mary Lou Singleton at 505-573-5134.


Hadassah, the Women’s Zionist Organization of America, decries the recent passage of a national ban on abortions after 20 weeks of pregnancy. The legislation, which passed in the House of Representatives with a vote of 228-196, contains no exceptions for fetal anomalies or situations in which the woman faces severe threats by her pregnancy, and only provides exceptions for women impregnated by rape or incest if they can prove that they reported those incidences. In reaction to this extensive and rigid legislation, Marcie Natan, national president of Hadassah, released the following statement:

Hadassah, the Women’s Zionist Organization of America, condemns the passage of the nationwide ban on abortions after 20 weeks of pregnancy and views this legislation as an encroachment on a woman’s right to reproductive choice, an invasion of privacy and an erosion of individual freedom. As an organization founded and run by generations of women leaders, Hadassah has long been a proud advocate for women’s reproductive rights and healthcare and strongly supports a woman’s right to choose in accordance with her own religious, moral and ethical values.

Hadassah will continue to fight attempts to restrict, through federal legislation, state administrative regulations, or court action, the right to reproductive choice and family planning programs delivering any and all services. Women everywhere, in consultation with medical advice, should have the right to make their own decisions regarding their health and families.

Back to the Holocaust Museum. Here is a clip from the Friday, August 9, 2013 edition of The Kyle Kulinski Show, which airs live on Blog Talk Radio and Secular Talk Radio Monday - Friday 5-7 pm Eastern.