The Lapidus Legacy:  Last year, Tablet Magazine published Thanksgiving Without the Turkey, about a unique Jewish family that avoids eating turkey on Thanksgiving - or any other occasion: 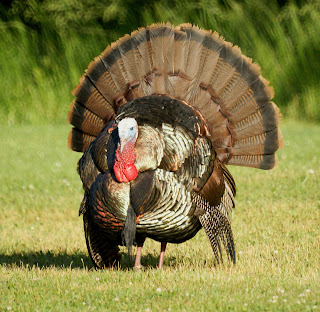 When Rahel Lerner was growing up in Teaneck, New Jersey, turkeys were nearly everywhere she looked on Thanksgiving. Turkeys adorned the napkins on the table, turkey-shaped candles flickered, and, one year, the family feasted on a carved chocolate turkey. The only thing missing was an actual turkey.

That’s because, as Lerner told me recently, her family refrains from eating the fowl, which, due to an obscure rabbinic dictate-turned-family-tradition, was considered in her household to be trayf.

Where and how did this strange tradition get started? Abq Jew hears you ask. And sure enough, Tablet responds:


Lerner, now 34 and married with a child of her own, is a descendant of Yom Tov Lipmann Heller (1579-1654), better known as the Tosfot Yom Tov (the title of his tract on the Mishnah), who was the chief rabbi of Prague and went on to head the rabbinical court of Krakow.

According to Lerner family lore, he declared that turkeys were verboten and that none of his descendants should eat the animal. Lerner’s extended family continues to observe his edict, though they wholeheartedly embrace turkey kitsch when the fourth Thursday of November rolls around.

As it turns out, Abq Jew knew all about this. Although he has not had the pleasure of meeting Rahel Lerner and her family - or her brother, Rabbi David Lerner and his family - Mr & Mrs Abq Jew have the honor and pleasure of knowing Rahel and David's parents. 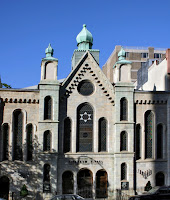 And yes, on one Shabbat afternoon, way back in the 1970s, Mr & Mrs Abq Jew had the pleasure of receiving the Lerners in our home for lunch, when we served them - turkey.

Fortunately, we had a great dessert planned - homemade (by Mrs Abq Jew) pineapple crunch pie. To ingredients of which, it turned out, Rabbi Lerner was allergic.

From then on, we ate by them.

All right, Abq Jew hears you say. Who are those guys? Let's start with Professor Lerner, as she is the Lerner behind the turkey embargo. 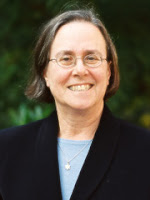 A Boston native, Dr. Anne Lapidus Lerner is an emerita member of the Department of Jewish Literature at The Jewish Theological Seminary.

A member of the JTS faculty since 1969, Dr. Lerner was the first woman to serve as a JTS vice chancellor, and thus as one of the highest-ranking women in American Jewish institutional life. She had previously served as dean of the Albert A. List College of Jewish Studies, and as associate dean of The Graduate School.


Dr. Lerner's husband, Rabbi Stephen C. Lerner, is the founder and director of the Center for Conversion to Judaism, and rabbi of Kanfei Shahar Minyan in Teaneck, New Jersey. Their son, Rabbi David Lerner, is rabbi of Temple Emunah in Lexington, Massachusetts. Their daughter, Rahel Lerner, teaches Hebrew and Jewish Studies at the Krieger Schechter Day School of Chizuk Amuno Congregation in Baltimore.

So let's talk about Rabbi Lerner, who was recently profiled by The Jewish Standard as "the man who makes Jews":

The founder and director of the Center is Rabbi Stephen C. Lerner, a Jewish Theological Seminary graduate, and Phi Beta Kappa graduate of Columbia College as well.

Rabbi Lerner has served as editor of Conservative Judaism, the quarterly journal of the Seminary and the Rabbinical Assembly.

His work with the Center has been heralded in the Jewish Week and Newsday where he has been referred to as “the leading maker of new Jews in the New York area if not the country.”

Rabbi Lerner has some good stories to tell. For example - how did he end up a rabbi, when he had started out as a history scholar in Iowa?


Iowa had its share of visiting Jews; during Lerner’s year, they included the budding novelist Philip Roth. Abraham Joshua Heschel also came to campus three days a week for a month, and Lerner spent time with him. A week or so after Heschel’s last visit, Lerner went to New York for his JTS interview, “and who chaired the admission committee but Heschel?”

As Lerner waited for his interview, growing increasingly worried, the man ahead of him came out, stricken. Lerner felt his chance at admission, which he had not rated too highly in the first place, drop. “I didn’t even keep kosher then! And Heschel knew it! And there was Heschel, and he’s holding the longest cigar I’ve ever seen. I wondered how he could hold it up.

Not surprisingly, Lerner got in ...

But Abq Jew's favorite Rabbi Lerner story is about his time in Riverhead, Long Island:


After JTS, Lerner spent two years in a synagogue in Riverhead, where Long Island’s north and south forks diverge. “It was a dull, dull place,” he said. “I got them to rejoin United Synagogue, and I made the Hebrew school three days a week. I did a number of things, but vey iz mir [loosely translated, woe to me]! I was happy to leave."

“My experience in Riverhead is why I can’t imagine ever going to the Hamptons.”

It was after Riverhead that Rabbi Lerner served at Town and Village Synagogue in Manhattan. There, he (and Professor Lerner) introduced women’s rights. T&V became one of the first - if not the first - "traditional egalitarian" synagogues in the country. 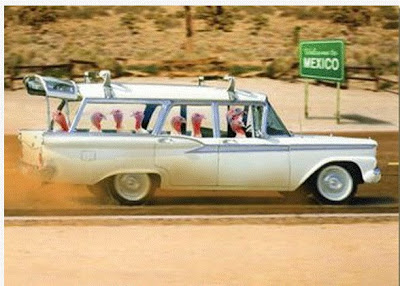