My Luncheon with Schelly

Eating Up Jewish Geneaology:  Schelly Talalay Dardashti has tracked her family history through Belarus, Russia, Lithuania, Spain, Iran, and elsewhere. She has been blogging about Jewish genealogy since 2006 at Tracing The Tribe and other sites; she has published numerous articles on the topic, and she regularly speaks at Jewish and general genealogy conferences all over the world. 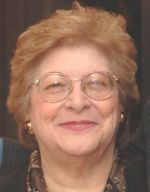 In fact, Schelly spoke at the Albuquerque JCC last Sunday, for the New Mexico Jewish Historical Society. Abq Jew and others were not able to attend Schelly's talk, it being the Day of the Abq Jewish Trifecta.

And more: Schelly is working with MyHeritage, the Israeli company that develops Family Tree Builder software and its MyHeritage.com website.  MyHeritage.com has over 50 million users, and is one of the largest sites in the social networking and genealogy field.

Now, you may recall that in 1981, Louis Malle directed a wonderfully intense movie, My Dinner with Andre, which consists almost entirely of a delightfully cerebral dinner conversation between playwright / actor Wallace Shawn and theater producer Andre Gregory.  IMDB says:


Wallace Shawn and Andre Gregory, apparently playing themselves, share their lives over the course of an evening meal at a restaurant. Gregory, a theater director from New York, is the more talkative of the pair. He relates to Shawn his tales of dropping out, traveling around the world, and experiencing the variety of ways people live, such as a monk who could balance his entire weight on his fingertips. Shawn listens avidly, but questions the value of Gregory's seeming abandonment of the pragmatic aspects of life.

Here's a brief clip that will show you how the dinner conversation goes:


Why does Abq Jew bring up My Dinner with Andre?  The movie goes on for 110 of what Abq Jew's college-age daughter has characterized as the most excruciating minutes in movie-watching history.  That's not even two hours!  Roger Ebert, however, loved the movie. Abq Jew considered it then, and considers it now, one of the most fascinating movies of all time.

My Luncheon with Schelly lasted 150 minutes - 2 1/2 hours - until we had to quit to go home and make Shabbos with our respective families.  But what a conversation!   It was just as action-packed as My Dinner with Andre, almost as exciting, and more than 33% longer! Abq Jew played the part of Wallace Shawn - mostly listening - as Andre Gregory, played by Schelly, told stories and stories and stories.

After living in Tel Aviv (most recently), Las Vegas (NV - the other one), Los Angeles, and pre-revolutionary Iran (her husband is Persian), Schelly is now part of the Jewish community of the Greater Albuquerque Metropolitan Area.  She speaks Farsi, Hebrew, and Yiddish, et al. Schelly knows people, she knows places, and she knows ... lots of stuff.  Genealogy stuff.  Crypto-Jewish stuff.  Just lots and lots of really interesting stuff.  We talked for 2 1/2 hours!

When I got home, I told my wife and daughter everything about My Luncheon with Schelly.