March of the Jobless Corps

Mournful Days of Tammuz:  J.J. Goldberg of The Jewish Daily Forward has just published an outstanding piece, For Source of Debt Crisis, Look to the Tithes, that ties together the woes of yesteryear with the debt woes of today.

Goldberg relates the story of Korah, which we read a few weeks ago.  Korah, Goldberg reminds us, was "a prince of the tribe of Levi who challenged Moses’ leadership and got swallowed up by the earth." 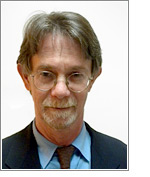 The reading went on to suggest that Korah’s challenge was about more than just rank. The Levite tribe, you see, didn’t get a share of the promised land to farm, like all the other tribes. Their job was to manage the sanctuary and the meeting tent, and their pay consisted of the tithe brought to Jerusalem by all the other tribes. The best part of the tithe went to Moses’ brother Aaron and his sons, the priests. Korah evidently wanted a better cut. He shouldn’t have asked. The allocation of the tithes, the scripture warns, is “a statute forever throughout your generations.” A contract is a contract.


And wouldn’t you know it? Before the next week was up, we learned about judges in two states who ruled that a contract is, in fact, not a contract. It seems the good people of Colorado and Minnesota discovered their tithes no longer cover the costs of running the meeting tent and the other business of the tribe, so they decided to trim the amount they contribute to the Levites. The Levites went to court, insisting that they had a contract. The judges laughed in their faces.

Yep, it's all about unions - public employees' unions.  Abq Jew comes from families of union organizers, and he has always believed - strongly - in the connection between Jewish legal ethics and fair labor practices.

When did the troubles for public employees' unions start?  Perhaps on August 3, 1981, when workers in the Professional Air Traffic Controllers Organization (PATCO) walked off the job - seeking a shorter work week, pay increases, improved working conditions and better safety for air travelers.  Two days later, President Ronald Reagan fired all 11,359 of them.  On February 4, 1998, the House and Senate voted to rename Washington National Airport in his honor.

How about private sector employees?  Deeper into the piece, Goldberg reminds us that


The question isn’t why public employees have good retirement benefits, but why private sector employees don’t.

Put bluntly, America has spent the last 30 years lowering taxes on the wealthy instead of saving for everyone else’s retirement. Deliberately, cold-bloodedly, eyes wide open. We declared class warfare on ourselves.

Now, you might suppose that with fewer coins being collected in taxes, the public would have more coins in its pockets, right? Guess again. Nearly all of it has gone to the wealthiest 10% of the population. The other 90% has been treading water or losing ground. In 1980 the richest 1% of the population made about half as much as the bottom 50%. Today, the richest 0.1%, just 300,000 individuals, make as much in total per year as the bottom 150 million. It’s been a lovely war, for some of us.

While you're reading J.J. Goldberg's piece, you might also listen to March of the Jobless Corps from Daniel Kahn & The Painted Bird's album Lost Causes.

No, one traditionally does not listen to music during the Three Weeks.  But Abq Jew claims this is virtually a case of  פּקוח נפשׁ pikuah nefesh - we're fighting for our lives here!