Smart or Pleasant or Kind? 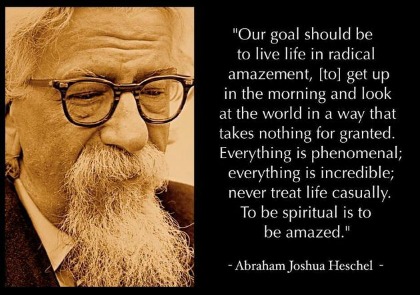 And who could not revere such a life? Wikipedia tells us:


Abraham Joshua Heschel (January 11, 1907 – December 23, 1972) was a Polish-born American rabbi and one of the leading Jewish theologians and Jewish philosophers of the 20th century.

Heschel, a professor of Jewish mysticism at the Jewish Theological Seminary of America, authored a number of widely read books on Jewish philosophy and was active in the civil rights movement.

He was descended from preeminent European rabbis on both sides of his family. After a traditional yeshiva education and studying for Orthodox rabbinical ordination semicha, Heschel pursued his doctorate at the University of Berlin and a liberal rabbinic ordination at the Hochschule für die Wissenschaft des Judentums.

In late October 1938, when Heschel was living in a rented room in the home of a Jewish family in Frankfurt, he was arrested by the Gestapo and deported to Poland. Six weeks before the German invasion of Poland, Heschel left Warsaw for London with the help of Julian Morgenstern, president of Hebrew Union College, who had been working to obtain visas for Jewish scholars in Europe.

He never returned to Germany, Austria or Poland. He once wrote,

"If I should go to Poland or Germany, every stone, every tree would remind me of contempt, hatred, murder, of children killed, of mothers burned alive, of human beings asphyxiated."

Heschel arrived in New York City in March 1940. He served on the faculty of Hebrew Union College (HUC), the main seminary of Reform Judaism, in Cincinnati for five years.

In 1946, he took a position at the Jewish Theological Seminary of America (JTS) in New York City, the main seminary of Conservative Judaism. He served as professor of Jewish Ethics and Mysticism until his death in 1972.

Abq Jew struggles to live his life - or, at least, some small portion of it - in radical amazement. But unless we're talking about the current, sorry state of world affairs, it ain't easy.

And Abq Jew is pretty sure that's not what Heschel had in mind. 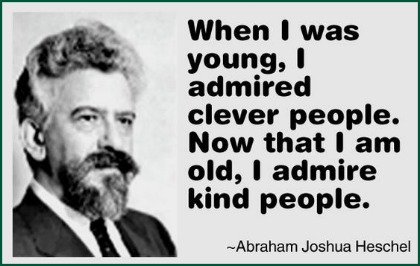 You could learn a lot from Rabbi Abraham Joshua Heschel. Among many other attributes, he was immensely quotable, even before that became a requirement for public advocacy (that is, TV).

The quote above turns out to be a favorite of Rabbi Dov Gartenberg, Interim Rabbi of Congregation B'nai Israel of Albuquerque. 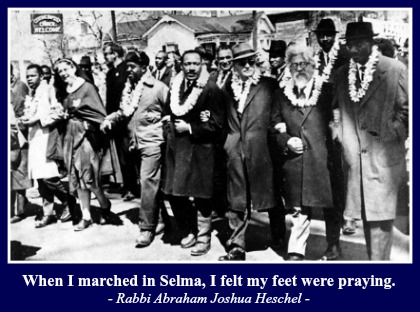 On the other hand, many people are saying that this is their favorite Heschel quote - it demonstrates action, not just words. And there are (see video below) many others to choose from.


During the recent Thanksgiving holiday, Abq Jew and his family had the opportunity to have deep, philosophical discussions - about life, about intelligence. About the search for intelligent life on Earth.

We did this by watching the 1950 movie Harvey and then talking about it some. (See 2017's You Can't Blame The Jews For This! for a complete analysis.) 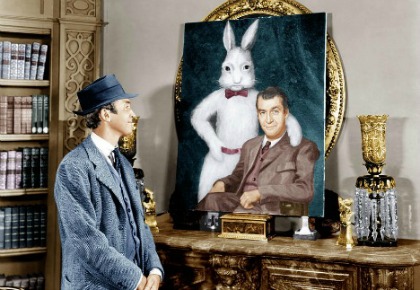 Here is Wikipedia's plot summary, for those of you, Abq Jew's loyal readers, who may not recall - either the movie or 2017's You Can't Blame The Jews For This! complete analysis thereof.

As described by Dowd, Harvey is a pooka, a benign but mischievous creature from Celtic mythology who is especially fond of social outcasts (like Elwood).

Elwood has driven his sister and niece (who live with him and crave normality and a place in society) to distraction by introducing everyone he meets to his friend, Harvey.

His family seems to be unsure whether Dowd's obsession with Harvey is a product of his (admitted) propensity to drink or perhaps mental illness. 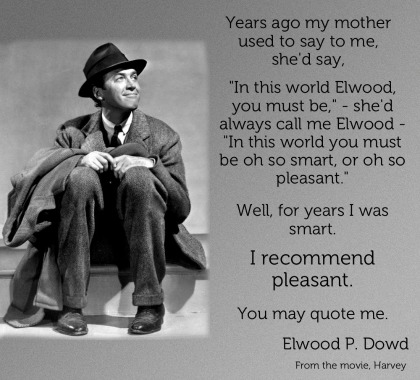 The quote above turns out to be a favorite of Abq Jew, Never Rabbi (see 2015's About That Bush and 2011's Wanna Be A Rabbi?) but almost, sorta kinda.

You can watch Jimmy Stewart deliver those lines right here.


In the face of Heschel's statement about kind people, Elwood P Dowd's declaration about being a pleasant person brings up the question -


Which is better - to be pleasant or to be kind?

Traditionally, our Jewish civilization has always placed a very high value on education - intelligence and cleverness. 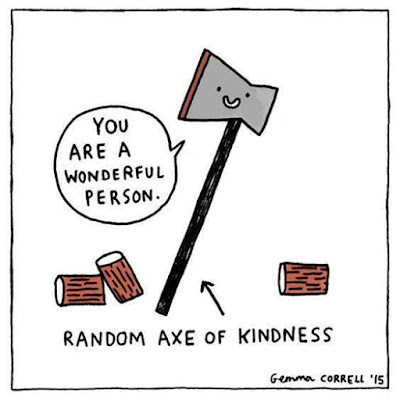 I prefer unpleasant and kind and green chile

In reference to Elwood P. Dowd and his choice of being either pleasant, unpleasant, kind or not, and the comment about Jews all seeking higher education: I was under the impression that what's emphasized to Ashkenazic heritage Jewish kids is different than what's emphasized with Sephardic kids, as one example. East European Ashkenazic heritage Jews emphasize education... become a doctor, a lawyer, a rabbi or philosopher (or marry one, it used to be)... But the emphasis for Sephardic kids is being successful in business, making a good living. Different cultures arise from different histories. Jews in Spain had a period of privilege and inclusion that Jews in east Europe never experienced. Maybe it's more about regional culture and experiences, as opposed to the actual religious tracts everyone studies, and perhaps even interprets differently. People can be very selective in what they emphasize, how they interpret. Don't forget, there are also Jews in Japan, Mexico, India, Africa, South America, Iran... it's not just the foods that are different. I've found that NYC Ashkenazic Jews, for example, who are the majority there, can shun someone who even cooks different everyday or holiday foods, let alone has different worship rituals. Also wondering why humans seem to need to choose either-or, black or white... what about inclusivity? I'm just sayin'.