Have a Banana! Have 8 Bananas! Or, to be more accurate - have 9 bananas! Abq Jew is sure (how sure? not very sure ...) that you, his loyal readers, took very close notice when Maurizio Cattelan offered to sell each of his three-of-a-kind banana-on-the-wall-with-duct-tape sculptures ... for a measly $120,000. 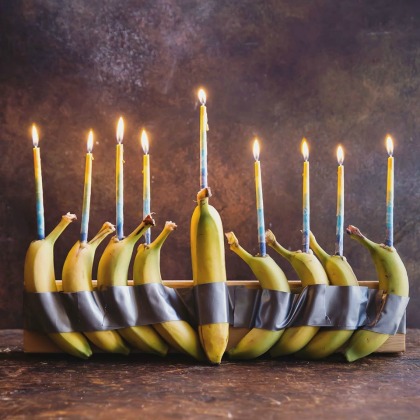 But back to Maurizio Cattelan. Andrew Russeth of Art News recently wrote:


Is Maurizio Cattelan’s $120,000 Banana Sculpture a Cynical Sign of the Times or a Thrilling Artwork? Yes!

At the House Judiciary Committee’s hearing on impeachment yesterday, the Republican’s expert witness, law professor Jonathan Turley, testified that everyone in America is “mad.”

And Professor Turley had presumably not even heard about Maurizio Cattelan’s new sculpture.

As you may know by now, the semi-retired artist, whose last major creation was a golden toilet titled America (2016), has now taped a banana to a wall of Perrotin gallery’s booth at Art Basel Miami Beach, the glitzy bazaar that alights in that flood-endangered city every December.

It is titled Comedian, and it is priced at $120,000. Three were available, and the first two apparently sold on opening day.

The third duct-taped banana, as Abq Jew is sure ... everyone knows, was removed from the Art Basel Miami Beach art gallery's wall and eaten.

Which may or may not have inspired Chanie Apfelbaum to create both her Banana Chanukiah and her accompanying poem: 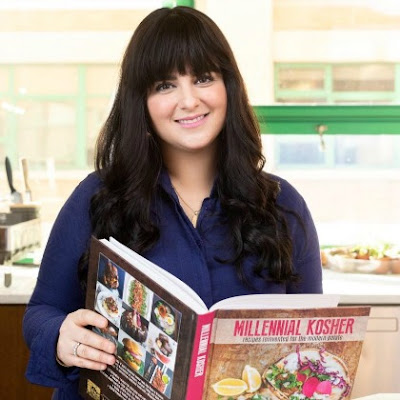 if you peel back the layers
you'll find there's a spark
so love it, accept it!
and we'll LIGHT THE DARK. 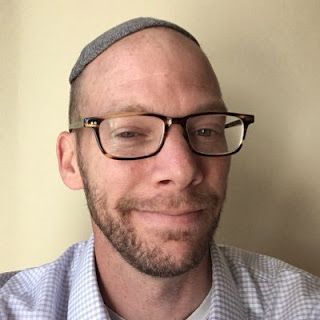 In the meantime ... Rabbi Mark Goodman - who on Facebook is known as Mark Goodman, but who on Twitter is known as @RabbiMarkAsherG - has come up with a series of eight (8) psychological interpretations of the various spellings of our upcoming holiday. One for each night!


Channuka. You've got the first syllable grammatically correct, but not the last. You love chaos. Your apartment is a mess.

Hannukkah. Two doubled letters; sort of unnecessary, but has lovely symmetry. You like beautiful, extravagant things. You long for, but likely cannot afford, a Louis the XIV armoire and chest set.

Chanukah. You want the Hebrew letters to be precisely & accurately reflected in the translation. You love order. You read Marie Kondo's book and wept, sobbing 'I feel seen.'

Hanuka. You are a rebel and an outlaw. You scoff at convention. You were a goth in the grunge era; you went to the first Burning Man and left before it 'turned corporate'; you hate all things conventional. Your personal finances are a mess.

Channukka. Nobody does this. Nobody.

Channukkah. Literally this is the most letters you could use, indicating that you are a maximalist - go big or stay home. You play music loud. You tell huge, possibly fabricated stories to your friends but they love it. You are on a 1st name basis w/an orthopedist.

Hanukah. A classic and traditional way to spell it. You like comfy couches and warm blankets. 'Antiques Road Show' is your go-to tv program. You like to bake, knit, do woodwork, and garden. You actually remember to write thank you notes.

Hanukkah. A little of everything; logical, but with flair, and yet still conventional. Modern but not avant-garde, pragmatic and yet still fun. Your apartment is cluttered yet neat. You really like the Gap, but also thrift shops. People tend to get along with you. 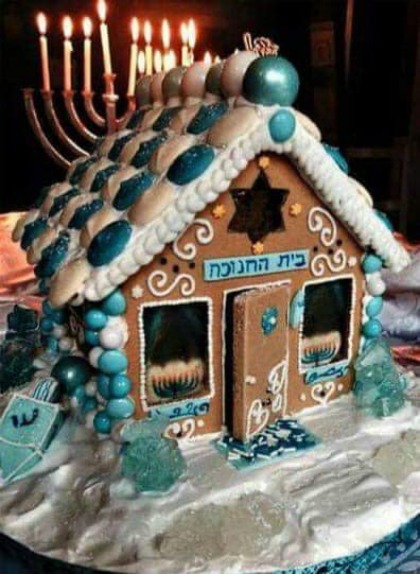 But really. It is important to remember that, while almost all of world Jewry celebrates חנוכּה (however they spell it) - with sufganiyot (jelly doughnuts), latkes, and gingerbread -

there is another tiny segment of world Jewry that doesn't celebrate חנוכּה (however they spell it) at all. To that tiny segment, Abq Jew (along with Twitter's Feldheim Rejects) can only pray - may their numbers decrease! Of course, we Diaspora Jews are particularly aware that there is another world-celebrated (through a trick of history) festival approaching this week, which (see 2015's All Ye Faithful) can best be celebrated 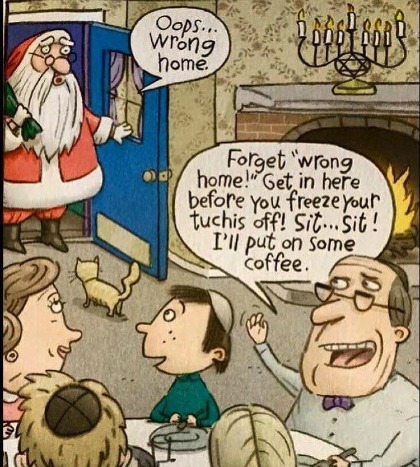