Nice Gate You've Got There

The Great Gate of Kiev: Well, Ukraine certainly seems to be in the news these days, doesn't it? And with it, of course, Kiev, the capital city. 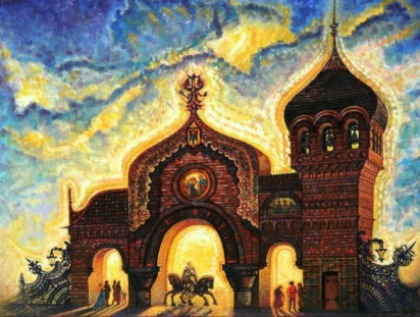 Abq Jew - as you, his loyal readers, surely know by now - is of the Old School. In fact, Abq Jew was its first graduate - and therefore remembers Kiev as a city in, you should forgive the expression, the Union of Soviet Socialist Republics. You know - Ye Olde USSR.

And even before that - as just another place in, again you should forgive the expression, Russia.  Abq Jew's mishpocha is mostly from Odessa - also once in Russia, now in Ukraine.

Back then, Kiev was a Russian two-syllable proper noun. Nowadays - to show our support for the independence and territorial integrity of Ukraine (not "the Ukraine" - see below) - Kyiv is a one-syllable Ukrainian proper noun that is difficult to pronounce. As Karen Zraick of The New York Times tells us.


Wait, How Do You Pronounce Kiev?
The pronunciations heard during Wednesday’s testimony before the House Intelligence Committee left some spectators scratching their heads. We asked two experts.

Key-EV or KEEV? Ukraine or THE Ukraine? The testimony in the public impeachment hearing before the House Intelligence Committee on Wednesday spurred discussion of the right way to say each, so we asked two experts.

The first question, they said, is by far the trickier of the two.

Yuri Shevchuk, a lecturer in Ukrainian at Columbia University, said that native Ukrainians stress the first vowel, and pronounce it like the “i” in the word “kid” or “lid.”

The second vowel is pronounced as a separate syllable, and sounds like the “ee” sound in “keel.” The v is also pronounced a bit differently, like the end of the word “low.” It’s a bit hard to describe.

But spoken in Russian, Kiev, Ukraine’s capital and home to about three million people, sounds more like “Key-EV.” Americans tend to be more accustomed to hearing it the Russian way. (The official language in Ukraine is Ukrainian.)

On to the second question: Is it Ukraine or THE Ukraine? Americans have used both.

For decades, the country was part of the Soviet Union, and “the Ukraine” was used in English. But after it became independent in 1991, the preferred name became “Ukraine.”

“Ukraine wants its independence to be acknowledged, so no article,” said Irina Reyfman, the chair of the Slavic languages department at Columbia University. 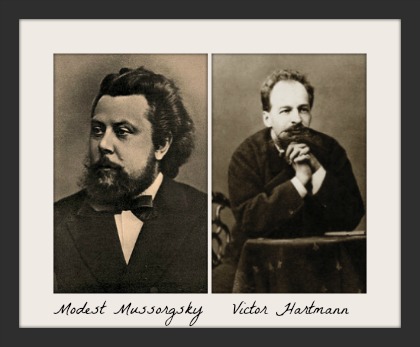 Abq Jew would know nothing of Ukraine and Kiev (and still knows precious little) were it not for the two men pictured above.

On the right is Viktor Alexandrovich Hartmann (1834–1873), a Russian architect and painter. And we (OK ... Abq Jew) might never have heard of him, were it not for his friend -

Modest Petrovich Mussorgsky (1839–1881), a Russian composer, many of whose works were inspired by Russian history and Russian folklore. Such works include the opera Boris Godunov, the orchestral tone poem Night on Bald Mountain, and the piano suite Pictures at an Exhibition. 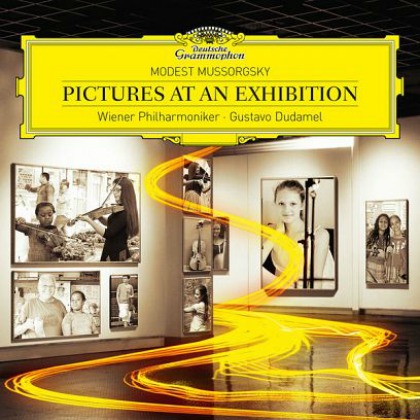 Most of us classical music aficionados know Pictures at an Exhibition through Maurice Ravel's 1922 version for full symphony orchestra. Which is by no means a bad way to know Pictures.

Modest Mussorgsky's friend Viktor Hartmann suddenly died in 1873 - at age 39 - from an aneurysm. Hartmann's death shook Mussorgsky along with others in Russia's art world, and plunged Mussorgsky into deep despair.

Hartmann's friends organized a memorial exhibition of over 400 of Hartmann's drawings and watercolors in the Imperial Academy of Arts in Saint Petersburg in February and March 1874.

Mussorgsky contributed Hartmann's art to and (of course) visited the exhibition. He then contributed his music to Hartmann's memory: the composition we know as Pictures at an Exhibition. Which begins with the well-known Promenade.


And which then takes us on a wonderful if, today, mysterious, musically-guided tour of, well, the pictures at the exhibition. So, Abq Jew hears you ask -


Which of Hartmann's pictures were displayed
at that Saint Petersburg exhibition?

Funny you should ask. Today, most of the pictures from the Hartmann exhibition are lost, making it impossible to be sure in many cases which of Hartman's works Mussorgsky had in mind. 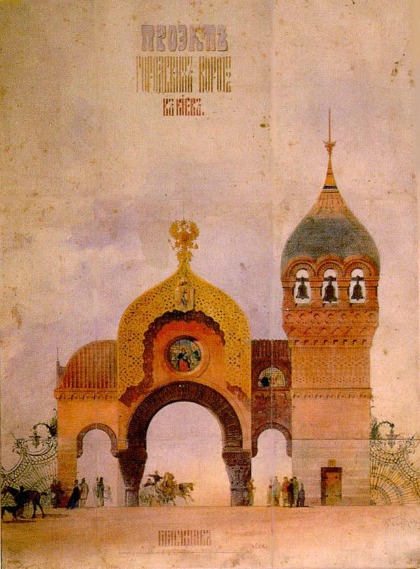 But we are very, very sure of one of them - Hartmann's sketch for the design for city gates at Kiev. The culmination of the exhibition and the composition, The Great Gate of Kiev.


To which the only proper response is

Abq Jew must tell you (he must! he must!) - you must, at least once in your lifetime, hear The Great Gate of Kiev in a concert hall. It will bring tears to your eyes and blow your socks off. 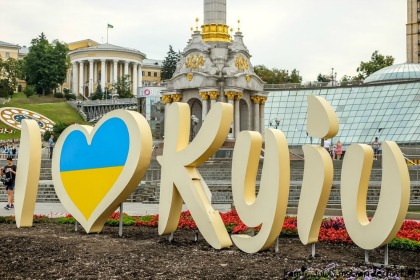 Sorta makes you want to fly over and visit Kyiv and see The Great Gate of Kiev, doesn't it? (While we must always remember and never forget the ... troubled ... Jewish history of Ukraine, let's just say - and hope - that things are different now. The President of Ukraine is a MOT!). But there's one small problem.

As we all remember from high school World History - on April 4, 1866, Tsar Alexander II narrowly escaped an assassination attempt in the city of Kiev.

So, they(?) organized a competition for the design of a Great Gate to commemorate what they(?) all politely referred to as

Victor Hartmann's design for The Great Gate of Kiev caused a sensation, and Hartmann himself felt it was the finest work he had yet done. And yet.


There is no Great Gate of Kiev. 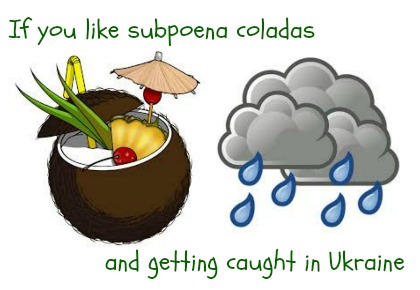