You Can't Blame The Jews For This!

Remembering Sparky (RIP): Well. 2017 has been a bang-up year for anti-Zionists and anti-Semites (not that anyone can tell the difference), which is not to mention white supremacists and neo-Nazis. Oh - and the Alt-Right.

Abq Jew himself has been the victim of (happily, only) one (happily, only electronic) hate attack (see You've Got Hate Mail!) that was covered in The New York Times!

Through the years - through the centuries - Jews have been blamed for all sorts of things. But Abq Jew has just now been able to find something for which the world cannot blame The Jews.

Abq Jew refers, of course, to

"It was like an earthquake or something, it cracked the house literally cracked," Gomez said.

Mark Haley lives a few miles away. He saw it too.

"It looked like a UFO was landing the way," he said. "The lights were flashing and sparking and the light rays coming up from the ground. It was crazy looking."

Then everything went dark for more than 9,600 PNM customers in Rio Rancho and parts of Corrales.

"A large raccoon wandered in, probably looking for a warm place to bed-down for the night and came with the transformer," he said.

Most of the area is protected with a 12-foot brick wall, but an attached fence does have gaps.

Well, said Abq Jew.
At least they can't blame this on The Jews.

But then Abq Jew started thinking (always a bad sign).

First of all - while KOB and PNM confidently reported a "large raccoon," others were blaming an opossum, or perhaps a possum. Of indeterminate (Abq Jew presumes) height, length, and breadth.(Was there anything left of the attacker to measure?). 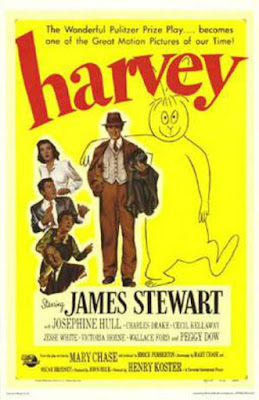 Abq Jew was more inclined to believe that the POP (Power Outage Perpetrator) was a white rabbit (actually a pooka), six feet three-and-a-half inches in height.


Now let's stick to the facts. 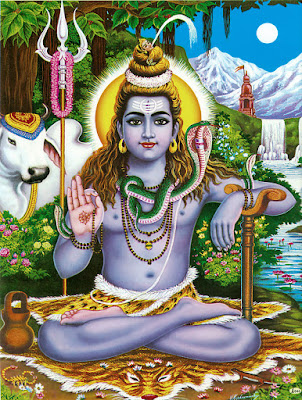 
Nobody was Sitting Shiva.

Then, this morning (it was actually posted after Abq Jew's bedtime last night), KOB's Web Staff reported that a new memorial had been erected ~ 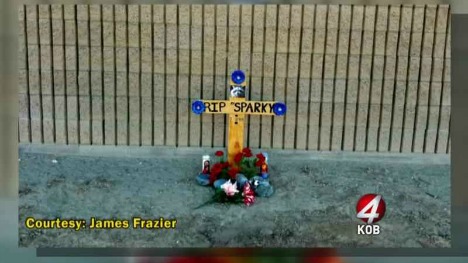 Here's one way to remember the night a huge power outage hit town.

Viewer James Frazier took photos of a memorial someone set up for a raccoon aptly named Sparky. It's at the site where a transformer blew last week in Rio Rancho.

PNM believes the animal came into contact with 150,000 volts during a quest to stay warm.

In view of all the evidence -

Sparky was no MOT. 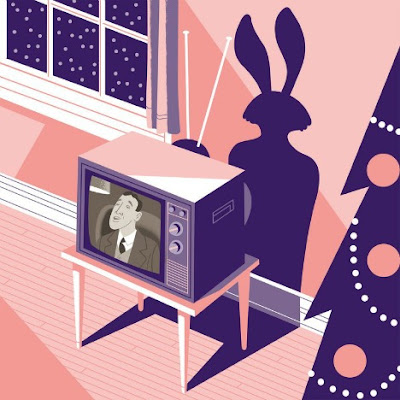 Abq Jew has been thinking about Harvey since The New York Times's Jennifer Finney Boylan last week published My Favorite Holiday Movie Involves a Giant Rabbit. Where she states ~


In my favorite Christmas movie, Jimmy Stewart says, “Well, I’ve wrestled with reality for 35 years, doctor, and I’m happy to state I finally won out over it.”

No, it’s not “It’s a Wonderful Life,” a movie I have seen so many times now that I have begun to root for Mr. Potter. It’s “Harvey,” a movie that, on the surface at least, is not a Christmas movie at all but the story of a man whose best friend is a six-foot-tall invisible rabbit.


“Years ago,” Mr. Stewart says at one point in the film, “my mother used to say to me, she’d say, ‘In this world, Elwood’ — she always called me Elwood — ‘you can be oh so smart, or oh so pleasant.’ Well, for years I was smart. I recommend pleasant. You may quote me.”

“Harvey,” which premiered in 1950, is the story of Elwood P. Dowd, played by Mr. Stewart, and is based on Mary Chase’s Pulitzer Prize-winning play. Throughout the film, Elwood genially frustrates a series of plots to have him institutionalized. There are a number of complications involving the sanitarium (Chumley’s Rest) and Elwood’s long-suffering sister, Veta Louise (“I wouldn’t want to go on living if I thought it was all just eating and sleeping and taking my clothes off, I mean putting them on”).

Harvey, the rabbit, is invisible to most people, and why not — he’s a pooka (“a fairy spirit in animal form,” Mr. Stewart says, “always very large”). And yet Elwood, rabbit or no, brings grace to everything he encounters: “I always have a wonderful time, wherever I go, whoever I’m with,” he says. “I’m having a fine time, right here.” 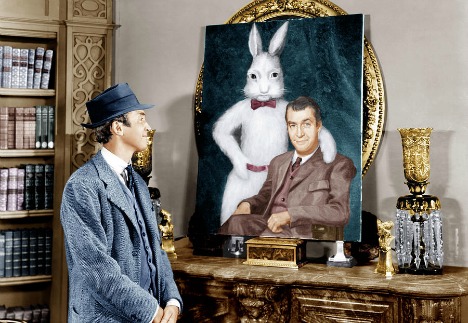 If you haven't seen Harvey - the movie, that is - in a while (or ever), Abq Jew heartily recommends that you stop whatever you're doing and view it.

After all, it's just a nice movie, with a whimsical plot and interesting characters, and without sax or violins or special effects.

Plus, it's got Jimmy Stewart in it. Who says (see above) a wide variety of delightful and meaningful things. Like how he first met Harvey ~


I'd just put Ed Hickey into a taxi. Ed had been mixing his rye with his gin, and I just felt that he needed conveying.

Well, anyway, I was walking down along the street and I heard this voice saying, "Good evening, Mr. Dowd." Well, I turned around and here was this big six-foot rabbit leaning up against a lamp-post.

Well, I thought nothing of that because when you've lived in a town as long as I've lived in this one, you get used to the fact that everybody knows your name. And naturally I went over to chat with him.

And he said to me... he said, "Ed Hickey was a little spiffed this evening, or could I be mistaken?" Well, of course, he was not mistaken. I think the world and all of Ed, but he was spiffed.

Well, we talked like that for awhile and then I said to him, I said, "You have the advantage on me. You know my name and I don't know yours." And, and right back at me he said, "What name do you like?"

Well, I didn't even have to think twice about that. Harvey's always been my favorite name. So I said to him, I said, "Harvey."

And, uh, this is the interesting thing about the whole thing: He said, "What a coincidence. My name happens to be Harvey." 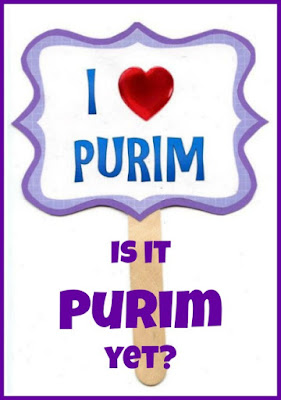 Remember: It was Sparky's fault.
The Jews had nothing to with it.
Yes, Abq Jew is also wrestling with reality ....