Abq Jew is pleased to inform you that


OASIS Albuquerque has just announced
their Spring 2018 line-up of classes!
Registration opens on
Wednesday January 3
but you can Wish List your selections now.

New Mexico Jewry: The Urban & Rural Economic Dimensions
Wed 07 Feb & 14 Feb 2018 @ 10:30 am - #129
Instructor: Noel Pugach
What It Is: Although small in number, Jews played an important role in both the urban and rural economies of New Mexico. In several cities - Albuquerque, Santa Fe, and Las Vegas - Jewish merchants created thriving business districts. The first lecture focuses on their role in Albuquerque's downtown from 1880-1945. To the surprise of many, Jews also have also had a significant presence in New Mexico's ranching industry. The second lecture concentrates on that story and reasons for their involvement.

Holocaust & Intolerance Museum of New Mexico: Field Trip
Thu 08 Feb 2018 @ 11:00 am - #63
Instructor: Daniel Taradash
What It Is: The mission of the Holocaust and Intolerance Museum of New Mexico is to combat hate and intolerance and promote understanding through education. Visit this small but unique museum in downtown Albuquerque for a guided tour of their exhibits. There will be a special emphasis on the first phase of their new African American Experience display. It covers the historical, cultural and social impact of African American slavery from 1619-1866. Examine the daily lives of slaves, the experiences of slave women, the Civil War, and the transition from slavery to freedom. Daniel Taradash, PhD, exhibit designer for this display, provides additional information.

The Secrets of the Book of Esther
Thu 11 Mar 2018 @ 1:00 pm - #109
Instructor: Paul Citrin
What It Is: Is the Book of Esther a factual report or a work of fiction? How do we know? Why is Esther in the Bible? Is it only of interest to Jews or does it have universal messages? What is Purim, the holiday of Esther, and what does it say to us today? In this presentation, Paul Citrin answers these questions, and participants have an opportunity to eat the Purim cookie, Hamantaschen.

Water Water Everywhere: How Judaism Understands Water
Wed 14 Mar 2018 @ 10:30 am - #110
Instructor: Harry Rosenfeld
What It Is: Water is central to our lives in New Mexico just as it was to the ancient Israelites. As we know, too little water creates drought and hardship. This year we learned that too much water can bring destruction. Together we examine the stories of creation, Noah, and the Israelites in the desert, to help us understand the connection between people and water. What lessons can we learn from these ancient texts and how can we apply them today?

Spies in the Bible
Wed 28 Mar 2018 @ 1:00 pm - #111
Instructor: Shlomo Karni
What It Is: Spying is among the oldest professions in the world. Review some of these activities in the Bible, starting with Joseph accusing his brothers of being spies when they came to buy food in Egypt. Our centerpiece is the fatefully doomed mission of the twelve spies sent by Moses into the Promised Land. Explore what went right (very little), what went wrong (just about everything), and compare it to modern-day missions. Relevant reading material is distributed in class.

Spinoza: Heretic or the God-Intoxicated Man?
Thue 10 Apr 2018 @ 10:30 pm - #112
Instructor: Michael Nutkiewicz
What It Is: Benedict, or Baruch Spinoza (17th century), is regarded by many as the first modern European man. Excommunicated as a heretic by the Dutch Jewish community, he has also been called the "God-intoxicated man." Look at Spinoza's life and the circumstances surrounding his excommunication. Touch upon his philosophy as well as his critique of religion, and end with the question: what makes Spinoza "modern?"

Janis Ian: Beyond 17
Thu 25 Jan 2018 @ 1:00 pm - #81
What It Is: Janis Ian (1951- ) gained notoriety at the age of 15 with her revolutionary song "Society's Child," but is probably best remembered for the poignancy of "At Seventeen" released a decade later. Now in her fifth decade as a singer songwriter, Ian has continued to tackle controversial subjects in her songs, including domestic violence and the Holocaust. She has over 20 albums to her credit and also works as a journalist and a science fiction author.

Cold Spring Harbor: Billy Joel
Tue 30 Jan 2018 @ 1:00 pm - #82
What It Is: William Martin "Billy" Joel (1949- ) has amassed a lifetime of pop rock hits spanning four decades, and continues to perform live shows featuring hits from throughout his career. With few exceptions, he stopped writing popular music in 1993; when he does write, he continues his flirtation with classical music. His work has been choreographed by Twyla Tharp, he has toured extensively with Elton John, and in 2016 he celebrated the 45th anniversary of his solo recording career.

How Jewish-Americans Changed Popular American Music
Part 2: Moving Music Forward Through Jazz and Pop
Thu 08 Mar 2018] @ 1:00 pm - #86
What It Is: This three-part series will focus on the invaluable contribution of Jewish-American composers, musicians, and entertainers to the tapestry of popular music in the United States since the late 19th century.

This lecture, Part 2, begins with entertainers in vaudeville and on Broadway; then on to the rise of the Big Band era and popular bandleaders during the 1930s-40s. Finally we look at those composers who brought life to our favorite films on the silver screen.


There are now regular Friday Performances - musical, dance, theater, and storytelling by local artists - at OASIS Albuquerque. They're listed among the schedule of classes offered. 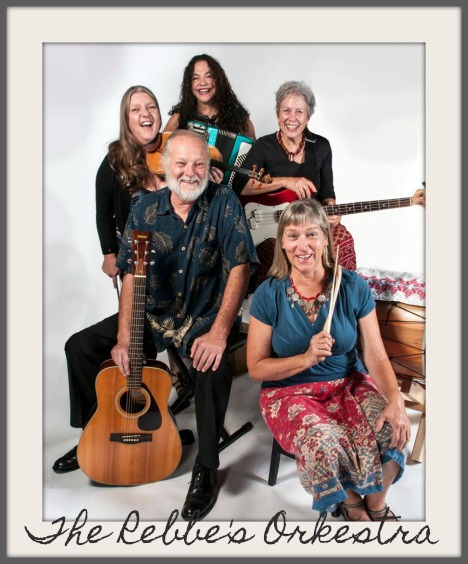 The Rebbe's Orkestra: Klezmer & Judaic Band
02 Feb 2018 @ 2:00 pm - #96
What It Is: Klezmer music began as instrumental accompaniment to the rituals of Jewish life in the historic Jewish villages of Eastern Europe. Klezmer musicians performed in orchestras, Russian military bands, and in the big jazz bands in the USA. Join The Rebbe's Orkestra for a musical journey of klezmer, Yiddish songs, and Hasidic nigunim. You will even hear some Sephardic and Middle Eastern music that relates to Klezmer.