And Coal Miners' Daughters: This Thanksgiving week, let's be happy. And let's give thanks - to God, to the Fates, or to Fortune - for who we are and for where we stand. And, yes, for what we have.

Coal, for example. We have coal. 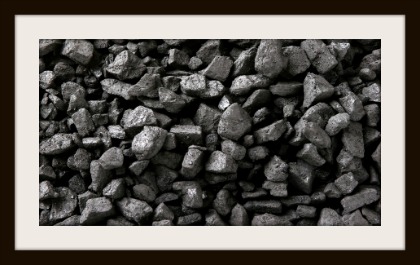 As a fossil fuel burned for heat, coal supplies about a quarter of the world's primary energy and two-fifths of its electricity. Some iron and steel making and other industrial processes burn coal.

The extraction and use of coal causes many premature deaths and much illness.

Coal industry damages the environment, including by climate change as it is the largest anthropogenic source of carbon dioxide ... 40% of the total fossil fuel emissions.

As part of the worldwide energy transition many countries have stopped using or use less coal, and the UN Secretary General has asked governments to stop building new coal plants by 2020.

The largest consumer and importer of coal is China. China mines almost half the world's coal, followed by India with about a tenth. Australia accounts for about a third of world coal exports followed by Indonesia and Russia.

Coal, Abq Jew must remind us all,
has gotten the world to where it is today -
but can take us no further.

We Jews, heaven knows, have suffered enormously through the centuries - in other lands, and even here in America. We've known Holocaust, we've known pogroms, and we've known sweatshops. 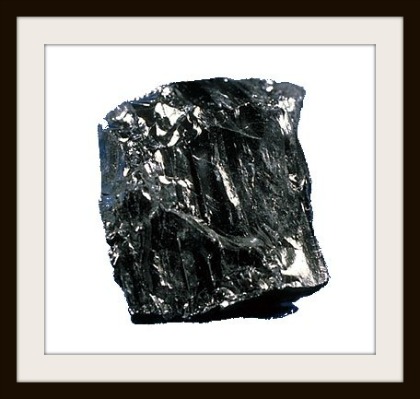 Coal, Jews know little about - at least from personal experience. We are seldom miners, and even more rarely mine owners. While we have lived in shtetls and ghettos, we almost never rent shanties in coal company towns.


But we do know suffering when we see it. 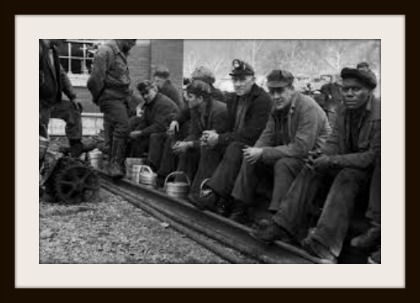 Coal, we all must admit, provides warmth and kills men - at least, so we all thought. Nowadays, we know that coal provides power and kills men, women, and children.

Coal needs miners to mine it, and miners need families to sustain them. Sometimes, those families bring forth fierce, independent women who are not willing to accept what God, the Fates, or Fortune has bequeathed them.

Which brings us to the subject of this Thanksgiving week blog post. 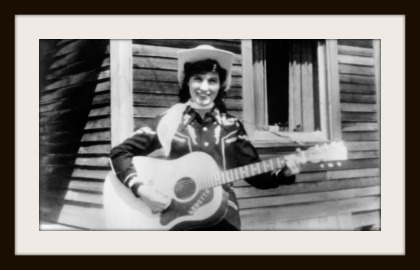 The original Coal Miner's Daughter, of course is Loretta Lynn.


Loretta Lynn is an American country music singer-songwriter with multiple gold albums in a career spanning 60 years. She is famous for hits such as "You Ain't Woman Enough (To Take My Man)", "Don't Come Home A-Drinkin' (With Lovin' on Your Mind)", "One's on the Way", "Fist City", and "Coal Miner's Daughter" along with the 1980 biographical film of the same name.

Lynn was born Loretta Webb on April 14, 1932, in Butcher Hollow, Kentucky. She is the eldest daughter and second child born to Clara Marie "Clary" (née Ramey) and Melvin Theodore "Ted" Webb. Ted was a coal miner and subsistence farmer. She was named after the film star Loretta Young.

Lynn has received numerous awards and other accolades for her groundbreaking role in country music, including awards from both the Country Music Association and Academy of Country Music as a duet partner and an individual artist. She is the most awarded female country recording artist and the only female ACM Artist of the Decade (1970s).


"Coal Miner's Daughter" tells the true story of Lynn's life growing up in rural Kentucky "in a cabin on a hill in Butcher Holler", while her father, Melvin "Ted" Webb, worked all night in the Van Lear coal mine.

The song additionally discusses how she and her seven siblings lived off of a coal miner's salary ("Daddy loved and raised eight kids on a miner's pay"), and that her father always made sure there was love in the Webb household. 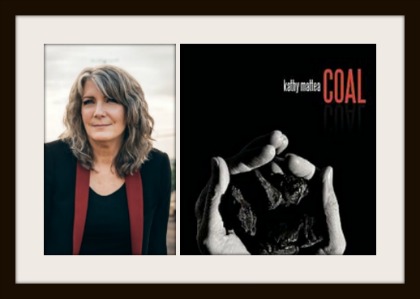 Coal is the title of the 2008 album by a miner's granddaughter, Kathy Mattea.


Mattea's decision to make an album about this topic was influenced by the fact that both of her grandfathers were miners, as well as by the Sago Mine disaster in 2006, which, when it occurred, reminded Mattea of the Farmington Mine disaster that had occurred when she was nine years old.

She has said that she was expecting a set of stories in the songs she covered on this album, but instead found a connection to her miner ancestors.

Her deep interest in this topic was also noted by the album's producer, Marty Stuart, as when they were recording the a cappella song "Black Lung".

Stuart said it would be like "trying to repaint the 'Mona Lisa'", in that it requires authentic commitment to the task.

Mattea also stated that it was so difficult for her to learn the song that it took her six months to do so. Nevertheless, the first recording of Mattea's version of the song ended up being kept after it made the recording engineer, whose father had died of black lung disease, cry.

Stuart reacted by telling Mattea that this was a sign she was performing the song right. 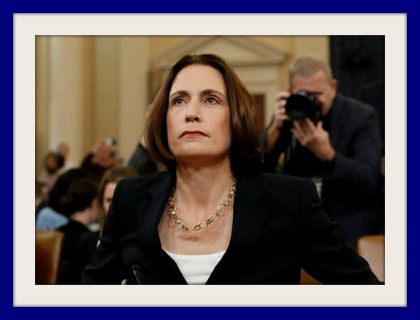 Coal mining, in a sense, is what brought Fiona Hill to America. For which America is more grateful than any of could ever have imagined.


Fiona Hill (born October 1965) is a British-born American foreign affairs specialist. She is a former official at the U.S. National Security Council specializing in Russian and European affairs. She was a highly-publicized witness in the November 2019 House hearings regarding the impeachment of President Trump.

Hill was born in Bishop Auckland, County Durham in northern England, the daughter of a coal miner, Alfred Hill, and a midwife, June Murray. Her father died in 2012; her mother still resides in Bishop Auckland.

In the 1960s, after the last of the local coal mines had closed, her father wanted to emigrate to find work in the mines of Pennsylvania or West Virginia, but his mother's poor health required him to stay in England.

Her family struggled financially; June sewed clothes for her daughters and at age 13, Fiona began working at odd jobs, including washing cars and working as a waitress at a local hotel.

She and her sister attended Bishop Barrington School, a local comprehensive school. In 2017, she recalled applying for the University of Oxford:

"I applied to Oxford in the '80s and was invited to an interview. It was like a scene from Billy Elliot: people were making fun of me for my accent and the way I was dressed. It was the most embarrassing, awful experience I had ever had in my life."

She then studied history and Russian at the University of St Andrews in Scotland. In 1987, she was an exchange student in the Soviet Union, where while interning for NBC News, she witnessed the signing of the Intermediate-Range Nuclear Forces Treaty by Ronald Reagan and Mikhail Gorbachev.

An American professor encouraged Hill to apply for a graduate program in the U.S.

She studied at Harvard University, where she gained her master's degree in Russian and modern history in 1991, and her PhD in history in 1998. While at Harvard, she was a Frank Knox Fellow, and met her future husband, Kenneth Keen, at Cabot House. 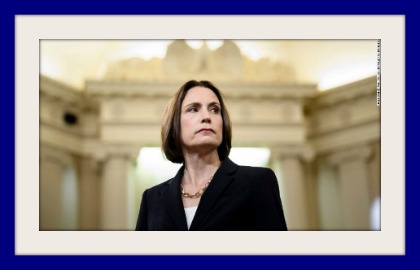 Fiona Hill said this week that her only agenda was to serve as a fact witness for the House Intelligence Committee. But as the hearings fade into history, Hill's legacy will be that of a woman who called out a dais full of powerful men for spouting fiction and suggested they ought to pay more attention when a woman shows anger, instead of brushing it off as an emotional reaction.

Hill, the former senior director for Russia and Europe at the National Security Council, became an Internet sensation this week because

we so rarely see women of her intellectual caliber elevated into these sorts of roles and then thrust into the national spotlight. 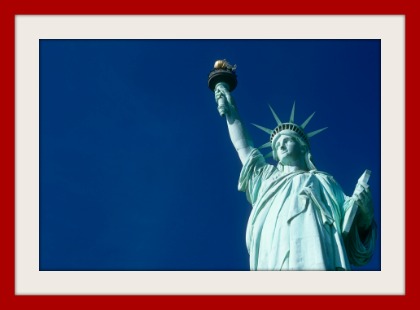 For a naturalized American, raised in Britain, I found Fiona Hill’s testimony at impeachment hearings this week to be a powerful reminder of what makes America great and of how President Trump has taken a sledgehammer to

“its role as a beacon of hope in the world.”

That is how Hill’s father, Alfred, a coal miner from the age of 14, always viewed the United States.

He wanted to emigrate from County Durham in northern England, but an ailing mother who “had been crippled from hard labor” kept him from seeking the new opportunity his daughter found. American possibility contrasted for Hill with British prejudice.

A “very distinctive working-class accent” would have “impeded my professional advancement” in the England of the 1980s and ’90s, she told the House Intelligence Committee.

That same accent cut through bloviating Republicans like a knife. 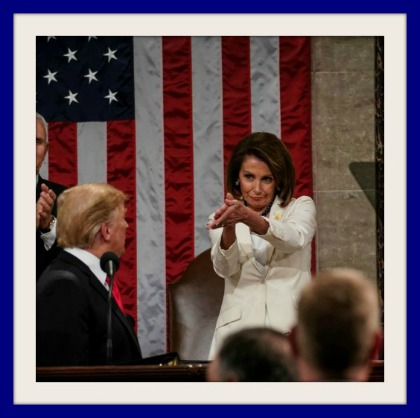 'And if you think a woman can't beat Donald Trump,
Nancy Pelosi does it every single day.'
-- Senator Amy Klobuchar -- 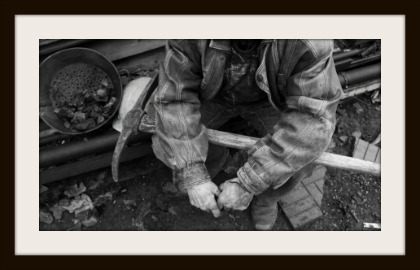