Not Your Average Holocaust Survivor: We - the world Jewish community - lost a good one last week. Abq Jew is keeping score these days, and we are running out of living Holocaust survivors, witnesses, and educators.


Abq Jew must admit that he didn't particularly know who Mr Lustig was. Until he read Emily Langer's beautiful Branko Lustig obituary in The Washington Post, and saw the accompanying photo (see above).

Here is how Ms Langer starts out:

Branko Lustig was just a boy, newly arrived at Auschwitz, when he witnessed a scene that would be seared into his memory. Seven prisoners at the Nazi death camp were to be hanged in a public execution, and Mr. Lustig found himself in the front row before the gallows.

“Moments before they were hanged, before the bench was kicked out from them, they all said as one:

‘Remember how we died,’ ” he recounted years later. “Tell the story about us,” they implored.

Mr. Lustig was 12 years old and suffering from typhoid when he was liberated from another Nazi camp, Bergen-Belsen, in 1945.

He returned to his native Croatia and, in time, embarked on a film career that would take him to movie sets across Europe and to Hollywood, where in 1994 he shared the Academy Award for best picture as a producer of director Steven Spielberg’s Holocaust drama “Schindler’s List.”


As if that were not enough! Ms Langer tells us:


Among Mr. Lustig’s first American films was “Sophie’s Choice,” a 1982 adaptation of William Styron’s novel about a Polish woman who is sent to Auschwitz and forced to choose which of her two children will be murdered.

Meryl Streep played the title character and received the Oscar for best actress for the film, which was filmed partly in Yugoslavia, with Mr. Lustig as production supervisor.


Abq Jew is old enough to remember when the book Sophie's Choice first came out (1979). And we Jews were up in arms - 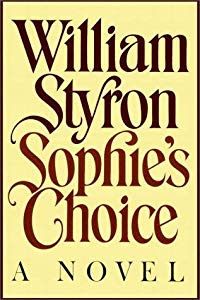 How could William Styron, a non-Jew, possibly
capture the depth and breadth of our tragedy?
And in a work of fiction, no less?

Well, it turns out, he could and he did. Mr Styron's novel Sophie's Choice won the US National Book Award for Fiction in 1980. 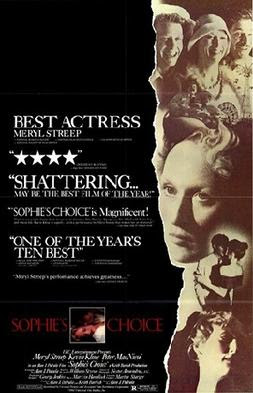 Mr & Mrs Abq Jew went to a movie theater to see the 1982 film version of Schindler's List. One of Abq Jew's deepest memories is the collective

that went through the audience when they - even if they had read the book - realized exactly what Sophie's choice was. 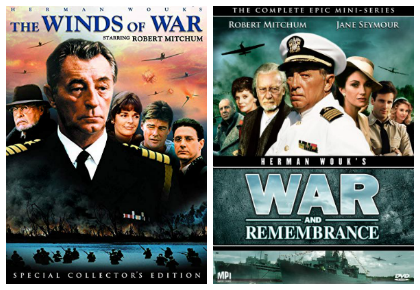 As if even that were not enough! Ms Langer also tells us:


Later that decade, he was an associate producer of two TV series, based on Herman Wouk’s epic World War II novels, the 18-hour “Winds of War” and 30-hour “War and Remembrance.”

“War and Remembrance,” which cost a reported $110 million, was the first occasion when officials in Poland, where Auschwitz is located, allowed moviemakers to film at the camp for a major commercial project.

But wait! There's even more that Ms Langer relates:


[Mr Lustig] added that he tried in the course of his work to “cling to being a professional, like the others,” but that “once in [a] while, when we film children, I break down.

When I was 12 I was here and my duties were to open the bar underneath the gate that said ‘Arbeit macht frei’ ” — work will make you free — “when officers arrived.”

Mr. Lustig met Spielberg in Los Angeles and formed an immediate connection with the director of such films as “E.T. the Extra-Terrestrial” and the Indiana Jones series.

Mr. Lustig told the Hollywood Reporter that when he recounted to Spielberg, who is Jewish, his experience in the camps, the director kissed the number tattooed on Mr. Lustig’s arm and declared, “You will be my producer.”

“He is the man who gave me the possibility to fulfill my obligation,” Mr. Lustig said of Spielberg.