The Paths of Sefarad 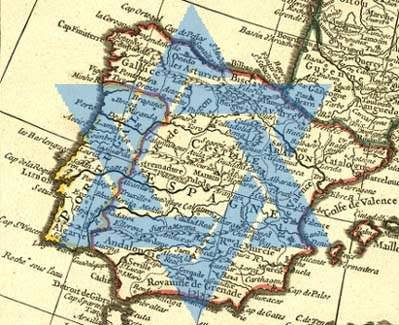 Spain announced ... that it would grant automatic citizenship to Jews of Sephardic descent as a further gesture of reconciliation after their ancestors were expelled more than five centuries ago.

Sephardic Jews already benefit from a preferential naturalization procedure that requires them to live in Spain for only two years before claiming citizenship, but the change means that Jews will have to present only a certificate confirming their ancestry to claim a Spanish passport.

The government did not say how many Jews it expected to apply for citizenship, but it noted that a large number of Sephardic Jews lived in Turkey and across Latin America.

While estimates differ, the number of Jews living in Spain - 25,000 to 45,000 people in a population of 47 million - is only a fraction of the number who lived in the country before 1492, when Jews were told to convert to Christianity or go into exile. 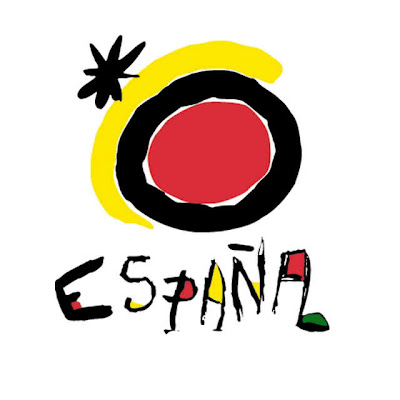 It seems that Spain is going out of its way to welcome its Jews ... home? Well, certainly to welcome them back - at least for a visit.

To prepare for such a visit, Spain's official tourism portal in the United States (http://www.spain.info) provides a guide, The Paths of Sefarad, that states


For many centuries, until 1492, the Iberian Peninsula was a mosaic, a melting pot of peoples, cultures and religions. The presence until this time of Jewish communities embellished the urban geography of Spain. These communities developed their own culture, practised their customs and their religion and went about their social life in close contact with both Christian and Arab communities. The wealth left by this reality is a common inheritance, a collective heritage of many of Spain´s peoples. The Routes of Sefarad are a suggested journey through the most notable Jewish quarters.


Traveling to Toledo? The Paths of Sefarad tells us


The whole mazy urban network of the Jewish quarter of Toledo reflects the honour, with its two emblematic synagogues of El Tránsito and Saint Mary the White, of the prestige which converted Toledo into an essential centre of western Judaism.

Can't make it to Spain in body, but want to visit España in spirit? The Paths of Sefarad portal points to the (virtual) Network of Spanish Jewish Quarters, the Spanish leg of the European Routes of Jewish Heritage.

The footprints of the Jewish community in Spain span more than a thousand years. Explore this heritage in the Network's cities and make your own searches in our illustrated interactive timeline.

Thanks to the technology provided by Google, the visitor can navigate through the layers of information displayed in maps and timelines about the history, culture and heritage of the Jews in Spain in a single website. Routes of Sefarad offers an interactive experience about Spain's rich Sephardic heritage.

Now ... let's visit Toledo by selecting it on the interactive Google map.

Rightly regarded as a true «city within a city», the madinat al-Yahud, or city of the Jews, constitutes a broad urban space which occupies almost ten per cent of walled Toledo. Divided, in turn, into different districts which correspond to the different stages of its expansion, the Jewish quarter of Toledo is an intricate maze which needs to be marked out in order to gain a real overview of what the Jews of Toledo were like and how they lived for at least eleven centuries.

Although the oldest written documents date their presence back to the 4th century, in the context of the Roman Toletum, the Sephardi goes further back and relates the Jews to the very mythical origin of the city, deeming it likely that the first Jews arrive in the Iberian Península at the time of the Assyrian and Babylonian exiles in the 8th to 6th centuries B.C.

The multimedia tour provides a timeline of Toledo's Jewish history - with, as we all know, a tremendous gap after 1492. But in 1909, the timeline shows

For those whose travels take them to España -  - enjoy Caminos de Sefarad!