Hello? Exoplanets? Is Anyone There? The New York Times has published an Earth Day Pop Quiz, which it introduces with: 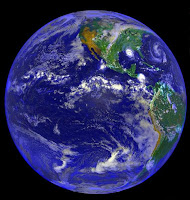 It makes sense that NASA, the people behind the Kepler mission to find potentially habitable planets, would pay attention to Earth Day (April 22). This year, scientists at NASA’s Jet Propulsion Lab at the California Institute of Technology put together questions on exoplanets — planets beyond our solar system — and what makes Earth so remarkable.

Also, Ben R. Oppenheimer, chairman of the Department of Astrophysics at the American Museum of Natural History, addresses the odds of finding planets like Earth in questions 11 to 14. Are there natural environments like ours? How many might there be? For more information on exoplanets, visit NASA’s PlanetQuest Web site.

First - you must be wondering how Goldilocks got into this discussion. The answer to Question 1 therefore tells us:


A Goldilocks planet falls within a star’s habitable zone and is neither too close nor too far from a star to rule out liquid water on its surface, and thus life. Earth is a Goldilocks planet.

The answer to Question 11 tells us:

Question 12 teaches us that:


The maximum number of Earth-size planets orbiting sunlike stars in the galaxy is 2.3 billion.

And them, with further math and a few conservative assumptions, we learn that - of the 150 stars similar to the sun within 70 light-years of our solar system - we could expect 3 or 4 of them to host an Earth-like planet. And yet - 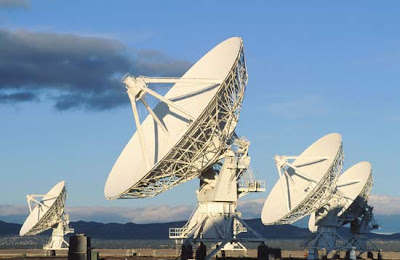 This is also what Ross Douthat talks about in his column, Worlds Away From Here. Douthat points out that


we discovered another world last week. Two, actually — both somewhat larger than Earth, circling a star with the sadly unromantic name of Kepler 62, 1,200 light-years away.

These planets are not the first Earth-like bodies astronomers have discovered, but their size and position make them particularly promising candidates to have liquid water — and with it, perhaps, some form of life.

But their promise only adds to a mystery that’s been building the further our probes and telescopes have pushed into the unknown. If Earth-like planets are relatively common, as scientists increasingly believe, then

Where are all the Earth-like civilizations?

In which case, Fermi asked, 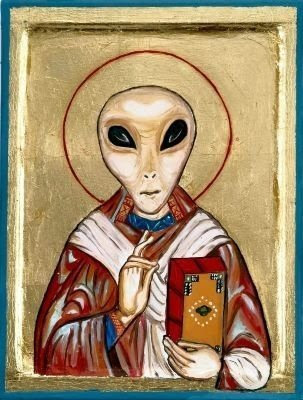 If you look up Fermi paradox in Wikipedia, you'll see that the suite of possible explanations runs to just over 10,000 words. (Douthat counted; Abq Jew didn't.)  The article begins:


The Fermi paradox (or Fermi's paradox) is the apparent contradiction between high estimates of the probability of the existence of extraterrestrial civilization and humanity's lack of contact with, or evidence for, such civilizations. The basic points of the argument, made by physicists Enrico Fermi and Michael H. Hart, are:

According to this line of thinking, the Earth should have already been colonized, or at least visited. But no convincing evidence of this exists. Furthermore, no confirmed signs of intelligence elsewhere have been spotted, either in our galaxy or the more than 80 billion other galaxies of the observable universe. Hence Fermi's question: 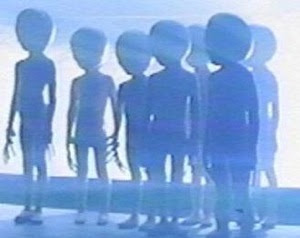 And what, Abq Jew hears you ask, does this have to do with us Jews? For one answer, let's turn to the Virtual Beit Midrash. In a shiur (lesson) on Parshat Bereishit, Rav David Silverberg notes:


The Midrash in Bereishit Rabba (3:7; 9:2) cites the comment of Rabbi Avahu that the Almighty created numerous universes prior to the creation of the world we know. Each time He created a universe, He destroyed it. The Midrash explains that Rabbi Avahu extracted this theory from the verse in Parashat Bereishit (1:31), which tells that after creation, "God saw all that He made, and behold, it was very good." The word "ve-hinei" ("and behold") suggests a novelty of some sort, that this creation, as opposed to God's previous "attempts," was "very good."

Wait a minute! Abq Jew hears you cry. Does this mean that the Holy One Blessed Be He had to go through some trials and errors before He got it right? (Trials we can accept, Abq Jew claims. But errors? One world was too hot; one world was too cold; but our Goldilocks Earth was just right?

It turns out that this ... possibility ... also bothered Rabbi Joseph B Soloveitchik zt"l, aka The Rav. As we read in last week's double parsha,


You shall be holy, for I, the Lord your God, am holy.

In other words - we are to imitate God. And how can we possibly even attempt to do that? Hama bar Hanina, interpreting the verse "After the Lord your God you shall walk" (Deuteronomy 13: 5), teaches us:


A famous concept in Judaism teaches that to whatever extent possible, we must follow God's lead and imitate His conduct. The Torah and Chazal depict for us God's "conduct" in anthropomorphic terms so that we can behave in our lives in a manner similar to His behavior.

In his famous essay, "The Lonely Man of Faith," Rav Soloveitchik develops the idea that this obligation to imitate God extends to God's capacity to create, as well. We are to build, create and produce in the world, just as the Almighty Himself built and created and produced the universe.

The Rav claimed that this is what is meant by the concept of "tzelem Elokim," that man is created in the "image of God" (see Bereishit 1:26-27). Man resembles God in that he, too, is endowed with this creative power. The obligation to follow God's lead thus includes the responsibility to build and develop.

This would then explain why, as the Midrash records, God built and destroyed several worlds before creating the world we know ... God taught us a critical lesson about the art of building: sometimes, we make mistakes and must start again.

Well before the universe was created, God saw to it that mankind would not become discouraged after failure. It goes without saying that God could have "gotten it right" the first time around. But He wished for us to learn that in the process of building and growing, we will often encounter setbacks that mustn't deter us from pursuing our goals.

As we go through life, we will all make mistakes – some bigger and more consequential than others. When we commit these mistakes, we must have the courage to "destroy the worlds," to change course and start anew, to try again, to continue building.

This is the message of the universes that were created and destroyed, of the worlds that God created to show us the importance of moving forward even after suffering a setback.

So, where are we now? 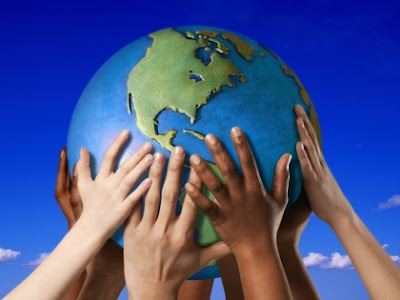 In a statement about Environmental Ethics in Judaism, the New South Wales Board of Jewish Education (Abq Jew loves the Internet!) states:


From Bereshit (Genesis 1:28), the first chapter in the Torah, we see that God wants human beings to both use the natural world for their needs but at the same time to preserve the world and prevent its destruction. We need to work out how to achieve both. Destroying anything in the world needlessly is called ‘Bal tashchit’in Hebrew and Jews are commanded “not to cause any damage or loss”.

Any use of the natural world or its resources that satisfies a legitimate human need is not considered destructive. A monetary benefit is considered a human need. This was agreed to and codified as law by Maimonides. Also, when the environment would be harmed without destruction taking place, it becomes legitimate. If when performing a mitzvah destruction occurs, it is considered legitimate. Two examples of this are the tearing of one’s shirt as a sign of mourning, and the burning of chametz before Passover.

Judaism has a heightened sensitivity to the environment, reflected by the Torah, and the Rabbis and their later rulings. Judaism created specific laws that are more sophisticated than most of the environmental laws that exist today.

The laws of shemitta, where the land must lie fallow every seven years, are to preserve the earth and make it more fertile. It is dictated that there must remain distance between city and rural areas to create a healthy ecological balance. Garbage must not pollute public property. Maimonides states that damage causing air pollution through smoke, dust, and noxious smells is not permitted even if no one protests. Water must not cause damage or pollution. Noise cannot create a hazard to the human environment.

The Midrash states that once the world is destroyed, the damage is irreparable. It is our ethical responsibility to prevent this happening. 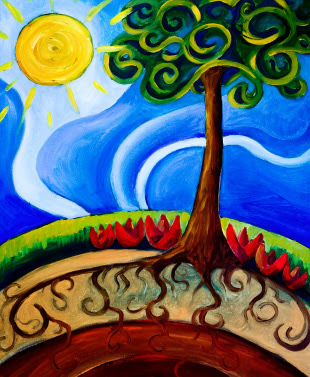