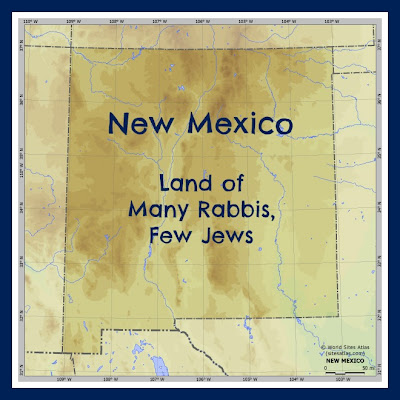 Using these estimates, Abq Jew calculates that there is one rabbi for every 500 Jews in our state. While some may see this as way too many rabbis - Abq Jew sees this as way too few Jews.

And many of our drasha give excellent drashot (i.e., sermons).

By which Abq Jew means drashot that are well written, clearly delivered, and (of course) with whose major points Abq Jew generally agrees.

And starting ... now,  Abq Jew will endeavor to highlight some of these excellent drashot as Drasha Diamonds.

Recently, a photo was circulated through Facebook. It was Justice Clarence Thomas and his wife. The caption read, “Dear Justice Thomas, please don't forget that your marriage was once illegal in many states.” 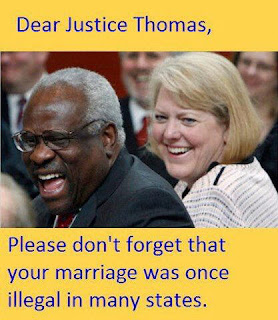 The purpose of the photo and caption was to illustrate that through the years, the definition of a legal marriage has changed in the United States and perhaps the legal definition should change again to allow marriage of same sex couples.

With the freedoms we have enjoyed since the Civil Rights movement of the 50’s and 60’s, we have tended to forget the legal bigotry that existed in the United States.

I remember a scene in a CBS News Special about the Ku Klux Klan– one of those one hour documentaries in the 1960’s that became a film that the ADL made available for schools and I used when I was a teacher. 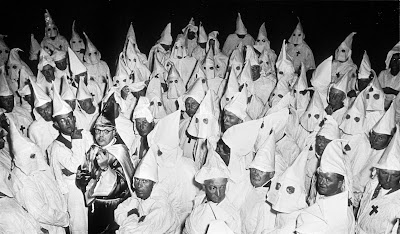 The scene showed a white minister, wearing his Klan outfit, holding a black doll at the end of a rope and saying how the Bible makes clear the inferiority of the Black man and how it is the duty of whites to keep blacks separate to preserve the Biblical superiority of the white race. It was a chilling scene and statement. So, for example, it is the Conservative Movement’s position that we do not officiate at the marriage of a Jewish person to a non Jewish person. This is because we require a contract, the Ketubah, which can only be agreed to by two Jewish persons.

It is not that we tell interfaith couples that they can’t get married, or that their marriage is a sin, or that they are not welcome at B’nai Israel, because they are. Nor do we tell the State of New Mexico that such marriages shouldn’t be legal. It is simply that we see marriage in this particular religious way. 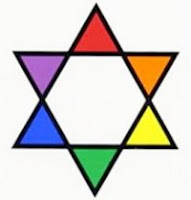 That is why it is wrong for religious leaders to advocate that the State of New Mexico, or any other state, restrict marriages rights based on those leaders’ particular religious perspectives.

Last week, the Bishops of New Mexico made a public announcement in opposition to marriage rights for same sex couples. Before that, other ministers of other faiths had made similar statements.

They are welcome not to officiate at marriages they deem inappropriate. They are NOT welcome to expect a state to limit marriage rights based on any one religion’s views.

These legislators, and the religious leaders to whom they listen, forget an important lesson found in today’s Torah reading.

Today we read the regulations about the animals we may and may not eat. These regulations form the basis of Kashrut. 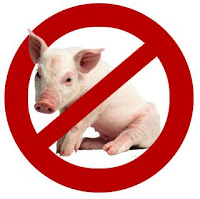 Kashrut is an important part of Jewish life. I believe that it serves as a valuable daily reminder of the special relationship that the Jew has with God.

As Rabbi Harold Kushner states in his book, “To Life”,


“There is nothing intrinsically wicked about eating pork or lobster, and there is nothing intrinsically moral about eating cheese or chicken instead. But what the Jewish way of life does by imposing rules on our eating, sleeping and working habits is to take the most common and mundane activities and invest them with deeper meaning, turning every one of them into an occasion for obeying God, and remembering God.”

More importantly, we don’t try to force these rules on others. Even in Israel, non kosher food is readily available. In fact, in Tel Aviv, the overwhelming majority of restaurants are NOT kosher. The State of Israel does not force the eating regulations of the Jewish People on the non Jews. In fact, the State doesn’t even force those eating regulations on the Jews themselves!

The United States is NOT a Christian country. The United States is a democratic republic that constitutionally respects the rights of all, whether the majority or the minority. All religious leaders are entitled to express their religious perspectives and to enforce them for their adherents. However, it is not appropriate for religious leaders to expect the laws of our country to reflect their own narrow religious perspectives. 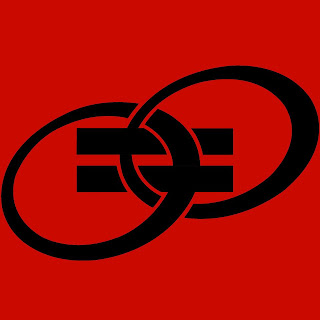 And it is time that America accepts the reality that same sex couples should be allowed to marry and that such marriages will not, in any way shape or form, harm the marriages of others.

In the hearings regarding the Defense of Marriage Act, Justice Samuel Alito asked whether or not it is too soon to allow gay people to marry. My response is,


It is never too soon to give people the justice, the freedoms,
and the rights to which they are constitutionally entitled! 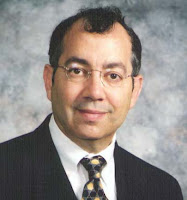 Rabbi Arthur Flicker was born and raised in Columbus, Ohio. A graduate of Northwestern University, with an MA in Jewish History from the Ohio State University, Rabbi Flicker was ordained by Rabbi Rueben Luckens in 1990.

Prior to coming to Congregation B'nai Israel, Rabbi Flicker served congregations in Tyler, Texas; Cincinnati, Ohio; and Columbus, Ohio. He always been active in community affairs, having been awarded the Martin Luther King, Jr. Spirit Award by the Cincinnati Baptist Ministers Conference.

Abq Jew knows who you are - and cordially invites you to send him your best drashot for publication in this Abq Jew Blog. Even (especially?) if you're not one of those practicing rabbis, Abq Jew encourages you to share your wisdom (and, if you can, wit,) with the

Please encourage your rabbi(s) - and Abq Jew knows you must have at least one, they're so plentiful - to share his or her or their aforementioned wisdom (and, if he or she or they can, wit,) with the readers of this Abq Jew Blog.