Fleece Navidad: A team of scientists from Uruguay have genetically modified a flock of nine young sheep, causing the lambs to glow in the dark whenever they are exposed to ultraviolet light. 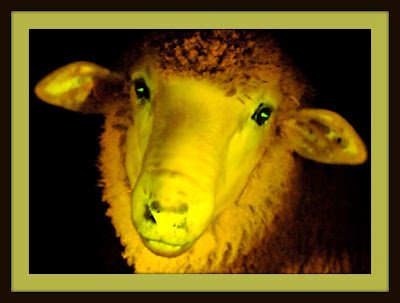 
According to Slashgear’s Brian Sin, the scientists altered the creatures using the fluorescent protein from an Aequorea jellyfish. The sheep, which were born last October at the Animal Reproduction Institute of Uruguay, give off a glowing green color when exposed to some types of UV rays but are said to be developing normally.

“We did not use a protein of medical interest or to help with a particular medicine because we wanted to fine-tune the technique,” lead researcher Alejo Menchaca said, according to James A. Foley of Nature World News. “We used the green protein because the color is easily identifiable in the sheep’s tissues.”

Menchaca added that the lambs have been spending as much time out in the field as their non-genetically modified counterparts, but in “better conditions, not the traditional breeding system.” He also was quoted by Foley as saying that the creatures were being “well looked after, well fed and very much loved.”

Abq Jew first caught this story on CNN's website and was, of course intrigued. As Conan asked at the White House Correspondents' Dinner:

Well, no. But Abq Jew does occasionally read CNN.com online. Anyway, here is a video about the glow-in-the-dark sheep.

When Abq Jew published this story on his personal Facebook page, the first comment he received was the question:


Menchaca, who worked on the project alongside Martina Crisp of the Pasteur Institute, told Merco Press, “The technique is complex and demands much work and is one of the limiting factors, so despite the global interest and demand it is still a slow process. Our focus is generating knowledge, make it public so the scientific community can be informed and help in the long run march to generate tools so humans can live better, but we’re not out in the market to sell technology.”

Menchaca explained that scientists can select a specific gene with biological or pharmaceutical value to humans, and then add it to the embryo of a cow, lamb, goat or similar creature so that the gene is incorporated into that animal’s DNA. Once it grows and matures, the creature can produce milk that contains that substance of interest. That milk then undergoes a complex procedure which makes it available for consumption so that people can benefit from it.

Isn't this fascinating? Abq Jew certainly thinks so. And so, Abq Jew thinks, would Jay Neugeboren, Michael B Friedman, and Lloyd I. Sederer, MD.

Who are these guys? Funny you should ask. 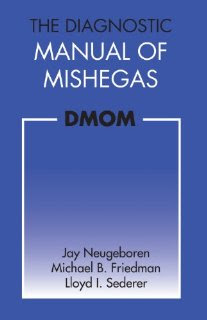 Potchkied together and .com-piled by Jay Neugeboren, Michael B. Friedman, and Lloyd I. Sederer, M.D.

Based on a newly discovered document by the brilliant if frequently farmisht Dr. Sol Farblondget, M.D., Ph.D., P.T.A.

The Diagnostic Manual of Mishegas (DMOM) is a delightful parody of the American Psychiatric Association’s “Bible of psychiatry,” the DSM (Diagnostic and Statistical Manual of Mental Disorders).

In a playful send-up of the DSM, the authors—all of whom are distinguished writers with deep roots in the field of mental health—cut through the hundreds of categories in the 1,000-page DSM by dividing all mental disorders into two realms: mishegas major and mishegas minor. The full manual can be purchased here.

Abq Jew has not read, and has certainly not studied, the DMOM. Furthermore, Abq Jew has no particular expertise in diagnosis or statistics. And Abq Jew has little experience with mental health, except for the rabbinical school exam, which he failed.

Nevertheless, Abq Jew strongly recommends that you buy this book (or, actually, any book) from Abq Jew's Amazon Store. After all - what could it hurt?

Frankensheep? Is nothing sacred anymore?