... a unique educational program for adults age 50-plus who want to learn, grow and explore new ideas. We promote successful aging through lifelong learning, health programs and volunteer engagement. OASIS Albuquerque has just announced their Spring / Summer 2013 line-up of classes.


Registration opened on May 1

Hoover vs Roosevelt: The Presidential Election of 1932
Mon 20 May 2013 @ 10:30 am - #28
Instructor:  Noel Pugach
What It Is:  In the midst of the Great Depression, American voters went to the polls to select a president. They had to choose between the incumbent Republican Herbert Hoover and Franklin Delano Roosevelt, the popular governor of New York State. FDR won in a virtual landslide. Why did the electorate choose FDR over Hoover? How did the Depression affect the vote? We will explore these and other aspects of this significant election.

Pioneer Jews in Mora County
Mon 03 June 2013 @ 10:30 am - #83
Instructor:  Noel Pugach
What It Is:  In the middle of the 19th century, German Jewish immigrants settled in various parts of the recently acquired territory of New Mexico. What brought them? How did they deal with this unfamiliar environment? What role did they play in in the territory's economy and society? We will focus on Mora County where Jewish merchants maintained a continuous presence for almost one hundred years.

Some of My Favorite Poets Are Israeli
Wed 12 June 2013 @ 10:30 am - #43
Instructor:  Paul J Citrin
What It Is:  This sampler course is a doorway to experience--in English translation--poetry which reflects Israel's character as a society: its struggles, joys, challenges, and dreams. While the poems reflect personal concerns of the poets, they will also help us understand the political and social context of Israeli life.

Elijah: Jewish Prophet, Christian Saint, Muslim Guide
Thu 20 June 2013 @ 10:30 am - #67
Instructor:  Christopher Zugger
What It Is:  Elijah is an important Hebrew prophet. But he is also the spiritual founder of the Carmelite Order of the Catholic Church, a mystical guide for Muslims, a popular saint for Arab Christians, and the announcer to Eastern Christians of the coming of Jesus. How did Elijah evolve into so many figures? Can such different people of faith find any unity in this man of the desert?

Christians, Jews, & Pagans in the Second Century
Wed 10 July 2013 @ 10:30 am - #34
Instructor:  Warren Smith
What It Is:  Christian, Jewish, and pagan authors around 200 CE sought ways to win the debate against their opponents. Christian apologists (Minucius Felix, Justin Martyr) downplayed Jesus' crucifixion (too negative) and stressed the mainstream morality and patriotism of Christians. Jewish apologists (Josephus) showed Judaism as having the respectability of age and argued that Greek philosophers learned from the Mosaic law. We will consider these as well as pagan authors.

Between the Testaments: From BCE to CE
Mon 29 July 2013 @ 10:30 am - #69
Instructor:  Frank Yates
What It Is:  This presentation will explore the fascinating developments, personalities, and ideologies current among the Jewish people from the Maccabees (166 BCE) to the destruction of the Second Temple (70 CE). The literature of the period will be touched upon, especially the writings that eventually came to be called the Pseudepigrapha and Apocrypha. Further lectures will deal more specifically with these particular writings.

Hallelujah: The Life and Times of Leonard Cohen
Wed 07 August 2013 @ 1:00 pm - #57
Instructor:  Jane Ellen
What It Is:  Singer, songwriter, musician, poet, novelist--there seems to be no limit to the talents of Canadian Leonard Cohen. A man of remarkable complexities and seeming contradictions (he is a devout Jew and an ordained Buddhist monk, for example), his work is intelligent and evocative, and it explores all the definitive issues of human life. With a recording career approaching five decades, his newest album, "Old Ideas", was released in 2012.

Far from Fiddler on the Roof: The Religious Thought of Hasidism
Tue 20 August 2013 @ 10:30 am - #72
Instructor:  Michael Nutkiewicz
What It Is:  Eastern European Jewry before the Holocaust is often romanticized as folksy, pious, and powerless. The 18th century, however, saw the rise of Hasidism - a religious movement that swept the imagination of a large segment of Jewish society. Initially branded as heretical by rabbinic authorities, it was finally accepted as part of Judaism. Hasidism, however, offered a unique approach that blended traditional Jewish concepts, mysticism, and psychology. This fascinating movement still exists.


Did you enjoy Atomic Cocktail & Uranium Rock?
Then be sure to attend - 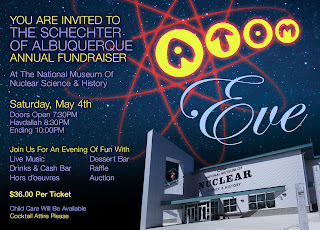