And Forever: On Monday evening and Tuesday, Israelis and Jews all over the world will celebrate Yom HaAtzmaut, Israel Independence Day. This year marks the 65th anniversary of the founding of the State of Israel. And celebrate we will! 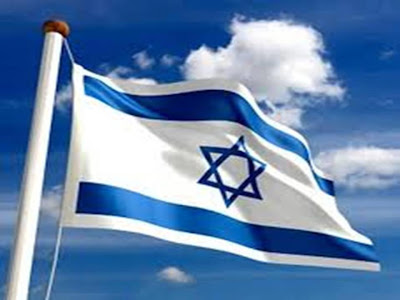 But on Sunday evening and Monday, Israelis - but relatively few Jews all over the world - will observe Yom HaZikaron, Israel's Memorial Day. On Yom Hazikaron, we remember the fallen of the Israel Defense Forces, whose sacrifice has made this Yom HaAtzmaut and every Yom HaAtzmaut possible. 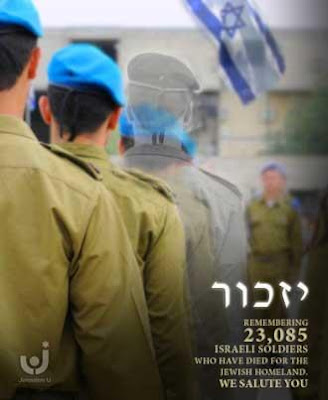 
Tonight, our eyes close as we remember every soldier who has fallen defending our country.

With heavy hearts, conscious of our responsibility, we IDF soldiers mourn those who came before us, those who gave their lives to protect ours.

We will never forget their sacrifice.

The IDF will continue to defend our nation ceaselessly - because it is the only nation we have.

For Jews around the world, Israel is not the only nation we have. And, Abq Jew wonders, perhaps this is why Yom Hazikaron is seldom observed Outside The Land.

But In The Land, the transition from Yom HaZikaron to Yom HaAtzmaut is among the most poignant in Israel's public life. As one, the entire country moves 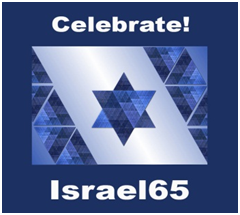 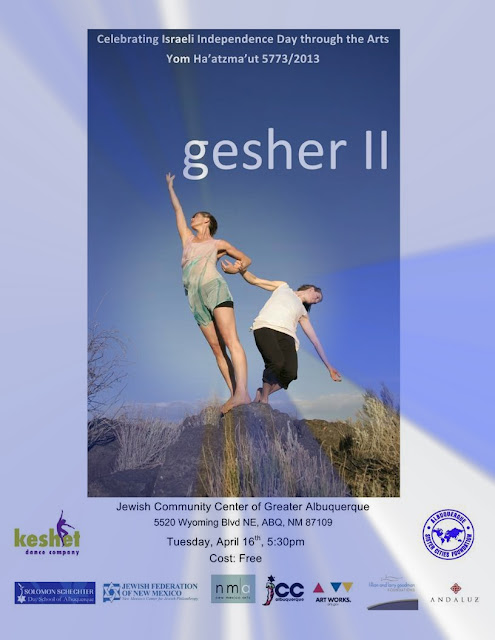 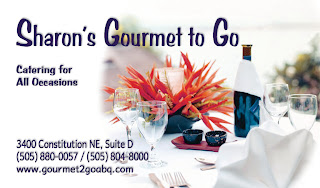 On Tuesday
Remember to Stop By
Sharon's
Gourmet to Go
for Falafel!

The Fountainheads are a group of young Israeli dancers, singers, actors and artists, all graduates and students of the Ein Prat Academy for Leadership, who have have joined forces to create new Jewish artistic content for today's Jewish World.

All members of the group have spent time living and studying at the Ein Prat Academy, working to create a new Israeli-Jewish identity and building a strong and diverse community that celebrates Jewish life.


The Fountainheads are planning their next
U.S. tour for late October.
Abq Jew would like to bring them to New Mexico.
How about you? Let Abq Jew know!