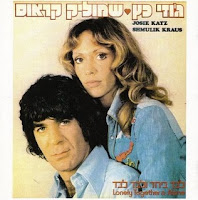 On Monday mourners in Petah Tikva recalled him as a gifted artist with an outsized influence on Israeli culture, and a man plagued by the turmoil of his personal life.

Actor Shlomo Vishinsky said his friend was “like an Israeli Ernest Hemingway” both because of the cultural imprint he left and the hectic lifestyle he led.

Vishinsky, Kraus’ commander during the Six Day War, said “every young person who plays music has Shmulik’s tunes in his head. He brought us all types of things that weren’t in Israel before, that weren’t part of our music.” 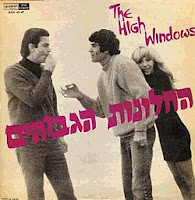 In the early 1960s he met Josie Katz, later his wife, who came to Israel from the United States to volunteer at a kibbutz.

He became her partner and produced her as a club singer in Eilat and Tel Aviv.

In 1966, he, Katz and Arik Einstein established The High Windows band. Kraus composed all the group's songs, pop songs and rock that were innovative for their time.

Zemer Nugeh (A Sad Song), based on a poem by the Hebrew poetess Rachel,
was played by Ilan Ramon in space, and is one of the songs now associated with him.