World Wide Wrap: While most Americans - and tens of millions all over the world - consider today to be Super Bowl Sunday, we Conservative Jews know exactly what day today is: 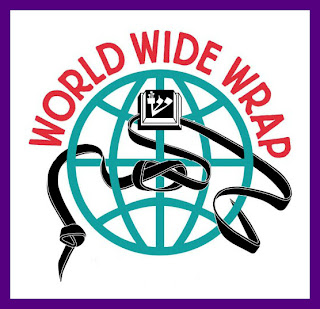 Yes, it is the annual World Wide Wrap, upon which date (now fixed at Super Bowl Sunday) we Conservative Jews reacquaint ourselves with the mitzvah of tefillin.

With bagels and coffee we did so this morning at Congregation B'nai Israel. Tens of thousands of our landsman and -women all over the world also laid tefillin, each in his (or her; we're Conservative) respective time zone.

And speaking of respect (which technically we weren't, but so what?) here's a song from Steve Martin and the Steep Canyon Rangers titled Athiests Don't Have No Songs.

Just in case your video player is broken, Abq Jew has thoughtfully provided the lyrics to The Athiest Hymnal below, with certain key phrases highlighted. Please take notes. There may be a quiz later.


Chris­tians have their hymns and pages,
Hava Nag­i­la’s for the Jews,
Bap­tists have the rock of ages,
Athe­ists just sing the blues.

Ro­man­tics play Claire de Lune,
Born agains sing “He is risen,”
But no one ever wrote a tune,
For god­less ex­is­ten­tial­ism.

Some folks sing a Bach can­ta­ta,
Luther­ans get Christ­mas trees,
Athe­ist songs add up to nada,
But they do have Sun­days free.

Pentecostals sing to heav­en,
Cop­tics have the books of scrolls,
Nu­merol­o­gists can count to seven,
Athe­ists have rock and roll.

Atheists don’t have no songs.

Chris­tians have their hymns and pages,
Hava Nag­i­la’s for the Jews,
Bap­tists have the rock of ages,
Athe­ists just sing the blues.

Atheists don’t have no songs.

Jews, of course, are forbidden d'Rabbanan [by Rabbinic rule] (some say d'Orayta [by the Torah]) to play football. From ShemaYisrael.com:


Rambam says that to keep oneself healthy and vigorous is a commandment from the Torah. We are obligated keep away from anything that damages or lessens the body. This is part of serving Hashem [Hilchos Dayos 4:1]. One does not have permission to harm himself ... [Choshen Mishpot 420:31]. The Chofetz Chayim [Likutai Amorim 13] says that this halacha shows that we are not our own "property," we BELONG TO HASHEM. Hillel made a point to keep himself clean and to eat adequately. When asked why, he said that the body is created in Hashem's image, it is for serving Him during one's fleeting lifetime and it is obligatory to take good care of the body [Vayikra Raba 34:3]

Abq Jew notes the irony that, with all the security surrounding the Mercedes Benz Superdome (the formal name of the venue), the only people virtually guaranteed to suffer quality-of- if not actual life-threatening injuries during the Super Bowl are:

The Boston Globe recently published an article by James Carroll titled Football concussions: The problem lies at the heart of the sport. Carroll reports:


Numerous studies have established in recent years that brain trauma routinely occurs at every level of football. NFL veterans show vastly disproportionate rates of neurological disease, like Alzheimer’s, as well as depression that can lead to suicide. Bulked-up professionals throw far more weight at one another than ever before, but researchers have found also that tens of thousands of high school football players — in excess, perhaps, of 100,000 — sustain concussions every year.

Are Jews even allowed to watch football? Abq Jew is not sure.

But Abq Jew is willing to bet (another questionable activity for Jews, although it appears to be permissible so long as one does not derive his living solely from it) that no Jews ever willingly attended Roman gladiator games.

Perhaps someday we will outlaw football as just another cruel and immoral form of combat-as-entertainment. But in the meantime: 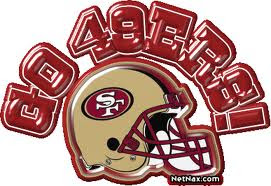