Re-introducing Jim Terr: Do you know Jim Terr? Abq Jew doesn't, really. Jim and Abq Jew met about a year and a half ago, and we've been Facebook friends ever since. 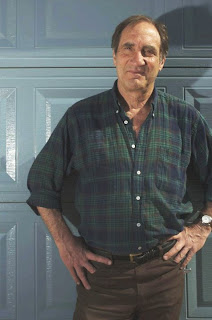 Jim is one of the more ... interesting people Abq Jew has met since he moved to the Land of Enchantment.

Jim does do a lot of self-promotion, and with good reason: he really needs the money.

He has, in the words of Groucho Marx (as Jim quotes on JimTerr.com), worked his way up from nothing to a state of extreme poverty.

What, exactly, does Jim do?

Abq Jew is not entirely sure, but it seems to involve recording and uploading a shipload of videos to YouTube and then letting everyone know about his grand accomplishment via Facebook.

And he often records, and occasionally sells, CDs of his music.

So what? Abq Jew hears you ask.

So this: Jim Terr is vitally concerned about all world issues, from hunger in the Third World (and the Second, and the First) to the selection of the next Pope to the battle for peace in the Middle East.

What was the second thing? Abq Jew hears you ask.

The selection of the next Pope. Why shouldn't the job go to a nice Jewish boy from ... Abq Jew forgets exactly where Jim is from.

Nepotism, you say? It's true that Jim has yichus and protektzia, which is more than you can say for most of the candidates. But Jim Terr also sings country music.