The Real Housewives of New Jersey:  In November, on the eve of Shabbat, Avraham Adler, a yeshiva student from Passaic, was driving to Aberdeen [Garden State Parkway Exit 177A; former home of Abq Jew & family!] to celebrate his engagement.


But traffic on the Garden State Parkway slowed his progress, and he found himself at Exit 138, 28 miles [sic; actually 21 miles] from his destination, as the sun was about to set. Forbidden to drive on the Sabbath, Adler made a decision that would demonstrate, as one observer put it, “the innate good in people.”

When Renee Krul of Elizabeth heard the story of the Stranded Bridegroom, she knew she had to share it with a reporter.  The reporter she shared it with is Elaine Durbach, who wrote 'Wandering Avraham' is welcomed in Elizabeth for The New Jersey Jewish News. The article is subtitled "Orthodox community opens its arms, homes to stranded groom".


“We too often have to read about unfortunate events and stories about bad decisions and behaviors,” Krul, a member of the Jewish Educational Center, told NJJN via e-mail. “This shows the innate good in people. I believe that any Jewish community would have opened their doors in the same way given the opportunity. Elizabeth was blessed to have had the chance to do the mitzva this time.”

What happened?  How did it all turn out?  You can read about it here, but the short version is - Avraham Adler made a ton of new friends, Dave and Jessica Savitt (et al) did a wonderful mitzvah, Shabbos was observed, and an aufruf and wedding were held.


As for Adler, he said he has not only made new friends, he has seen for himself the bond that exists between Jewish people even when they’re total strangers.

“The Savitts were awesome,” he said, “and the Elizabeth community was so warm and welcoming and generous. When I told my friends what happened, they started joking that they should pretend to be getting married and also go and get stuck there!”

Jessica agreed with her sons “that it was some sort of miracle that on the Shabbat when we read about Avraham avinu [our father] traveling from his home to an unknown place, here was a young man named Avraham who was a ‘stranger in a strange land,’ so to speak.” 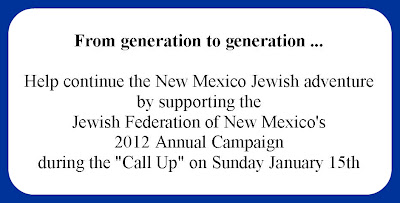