Oldest Known High Holiday Joke:  Aaron buys a parrot and, each morning, it listens as Aaron puts on his tefillin and says his prayers. 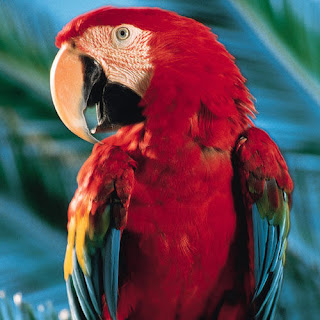 After a few weeks the parrot asks Aaron what he is doing. Aaron tells the parrot, who demands tefillin of its own. So Aaron goes out and buys a hand-made miniature set for the bird.

Now the parrot  listens to Aaron praying each day and, over time, memorizes the prayers. Soon it demands more instruction, so Aaron teaches it Hebrew.

On Rosh Hashanah, Aaron dresses and is leaving for the synagogue. The parrot demands to go with him.

"Look, synagogue is no place for a bird," he says, but the parrot makes such a fuss that Aaron puts it on his shoulder and off they go.

At the synagogue, the rabbi, the cantor, and the congregation refuse to allow Aaron to bring the parrot into the sanctuary. But Aaron insists the bird knows all the prayers, and if anyone wants to - let them bet against the bird.

Thousands of dollars are bet that the parrot can't daven, speak Hebrew (or Yiddish, even). Then services begin.

The bird says nothing, does nothing.

Aaron starts panicking, whispering to it, "Daven. You know how. Daven! Everyone's looking!"

After the end of services, the tally is taken. Aaron is about ten thousand dollars in the hole. He promises to bring it next week and pay everyone off, then heads home in a rage.

Once there, the parrot starts singing hymns and chanting prayers.

Aaron explodes. "You miserable bird," he says, "you cost me ten thousand dollars. After all I did for you,  you do this to me?"


"Shush," the parrot says. "Think of the odds we'll get on Yom Kippur."