Everyone's Son:  Yossi Klein Halevi, a fellow at the Shalom Hartman Institute in Jerusalem and a contributing editor at the New Republic, has written a poignant article, Everyman's Son, for the online Tablet Magazine. The tag line: 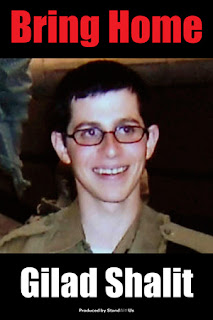 In opposing the mass release of terrorists in exchange for Gilad Shalit’s freedom, I felt as if I was betraying my own son
What could Israel have done?  The New York Times (Israel Releases Names of 477 Prisoners to Be Freed in Trade, by Ethan Bronner and Stephen Farrell) notes that


Those being freed include the founders of Hamas’s armed wing and militants who kidnapped and killed Israeli soldiers and civilians. A mastermind of the 2001 bombing of a Jerusalem pizzeria that killed 15 will walk out of prison, as will a woman who used the Internet to lure a lovesick Israeli teenager to a Palestinian city and had him murdered.

Most of the prisoners were serving life sentences, some for being involved in attacks like the 2001 bombing of a Tel Aviv nightclub that killed 21 people and a suicide bombing a year later of a Netanya hotel in which 29 died.


Captivity being considered a punishment worse than starvation or death ... to ransom a Jewish captive was regarded by the Rabbis as one of the most important duties of a Jewish community; and such duty was placed above that of feeding or clothing the poor. He who refrains from ransoming a captive is guilty of transgressing the commandments expressed or implied in [several] Biblical passages.


In the tannaitic period it had already been found necessary to make provision against paying too high a ransom for Jewish captives, so as not to encourage pirates in their nefarious practises ....  This law was relaxed in later times .... The community was required to pay all that was demanded for the ransom of a learned man or of a promising youth.

And it is well known that Rabbi Meïr of Rothenburg "refused to be released for the large sum of 20,000 marks,which the German Jews were willing to pay for his ransom, lest similar captures should be encouraged thereby."
What could Israel have done?

First:  We must realize that it was this deal or no deal.  The deal was negotiated as far as it could be; no further negotiations were possible.  If Israel could not accept this deal, it would have to be prepared to watch Gilad Shalit die in captivity - sooner or later.  Yossi Klein Halevi points out that


A few months ago, as part of its psychological war against the Israeli public, Hamas released an animated film depicting Gilad as an elderly gray-haired man, still a prisoner in Gaza. No image tormented us more.

Second - while we applaud Rabbi Meir's courage - he was the prisoner, and was thus permitted to make his own decisions about what would or would not be done to rescue him.  Gilad Shalit is not in the same position.  And what happened to Rabbi Meir?  He died in prison after seven years. Fourteen years after his death, a ransom was paid for his body.  Is this what we wanted to happen to Gilad?

Aryeh Tepper writes in To Ransom or Not to Ransom? in Jewish Ideas Daily about


... a 2008 prisoner swap with Hezbollah. In that exchange, Israel freed five terrorists, including the notoriously savage Samir Kuntar, plus 200 bodies, in exchange for the bodies of two IDF soldiers.

Yes, Hamas will celebrate this deal to bring Gilad home as a victory for their cause.  The freed prisoners will be hailed as heroes.  This will be terribly, terribly painful to watch and hear - for Israelis, and for all who care about justice. 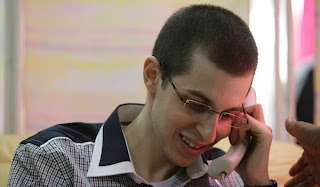 For - there is no justice here.  Nor can there be - especially for the victims of Hamas terror and their survivors.  The world is a dangerous place.  Yossi Klein Halevi writes:


For all my anxieties about the deal, I feel no ambivalence at this moment, only gratitude and relief. Gratitude that I live in a country whose hard leaders cannot resist the emotional pressure of a soldier’s parents.  And relief that I no longer have to choose between the well-being of my country and the well-being of my son.


Israel's readiness to do a deal on these terms is both a strength and a weakness.It's a strength because it reassures the country's conscript troops and their families that everything possible will be done to secure their return if they're captured. "No soldier left behind" is not just an empty phrase.It's a weakness because it advertises to any future potential hostage-takers the high price which can be extracted from Israel for any captured soldier - perhaps for any captive citizen.

Writing about Gilad Shalit in a post-release follow-up article in the New York Times, Ethan Bronner and Stephen Farrell note :

What could Israel have done?

The Conservative Movement's Rabbinical Assembly posted the following Prayer of Thanks for Gilad's release:

May it be Your pleasure, God and God of our ancestors, that this day and in the future the redeemed prisoner may know joy in his heart, peace of mind and success in all his endeavors together with all his family and all Israel his brethren. Sovereign of the Universe, God of our exultation, may it be Your pleasure that this redemption not bring in its wake any harm or mishap to Your people, neither this year not in years to come; but in Your great compassion spread over us the sukkah of compassion, life and peace. May this be Your pleasure and let us respond Amen.