Lost In Our Losses 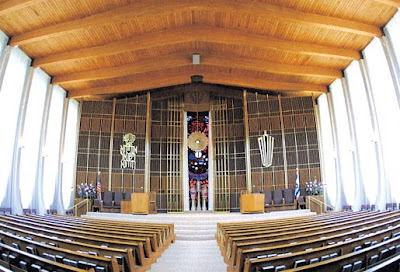 “ONE COULD get lost in what is lost,” a friend from New Orleans said after Hurricane Katrina, and I think he was right. The hardest task for a person is to find a route to happiness without sinking in the quicksand of what has already perished — to find a new way without getting lost in what is lost.For many, the losses of this past year have been quite painful. Some watched pensions evaporate; others lost jobs. Some experienced the death of a beloved spouse. Others endured the disintegration of a marriage they thought would last forever.And yet, a New Year is about to begin, and we are asked to begin our lives again with it.Tradition implores us to see that it is possible to start over even in the face of the harshest adversity. Adam and Eve, exiled from Eden, gave birth to a son. Job lost everything he had, but rejoiced again by starting a new family once his afflictions had passed. Noah saw a world destroyed and set about creating a new one.At Rosh Hashana, we seek a way out of the darkness, and we stumble upon others who are also lost in their losses. By joining hands with them, the light of a new horizon emerges, beckoning us to move forward into life, inspiring us to live again, to smile again, and to sing again, fortified by the love of family, friends, and community and strengthened by the grace of God — one more time.

Rabbi Geoffrey Spector has been the Senior Rabbi of Temple Beth Shalom since July, 2005. Previously, he served as the spiritual leader of Shir Chadash Conservative Congregation in Metairie, Louisiana. Rabbi Spector is a Phi Beta Kappa, summa cum laude graduate of the University of Pennsylvania where he majored in Jewish Studies. He received his M.A. and rabbinical ordination from the Jewish Theological Seminary of America, and was the recipient of academic prizes in Homiletics and Talmud. In addition, Rabbi Spector holds a Master of Theology degree in Comparative Religion from Harvard University Divinity School where he was awarded the prestigious Charles E. Merrill Fellowship for clergy. 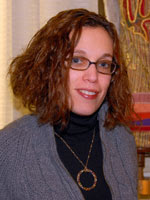 Cantor Knoller holds a Certificate of Jewish Music from Gratz College. She graduated from the University of Rhode Island with a BS in Elementary Education and Communicative Disorders and from Adelphi University with a Masters Degree in Special Education. Prior to joining Temple Beth Shalom in July 2002, Cantor Knoller served as Cantorial Soloist and music and Hebrew teacher at Congregation B’nai Israel of Somerset Hills. In addition to her Temple responsibilities, Cantor Knoller also teaches Torah Trope to fifth graders at Solomon Schechter Day School of Essex and Union.