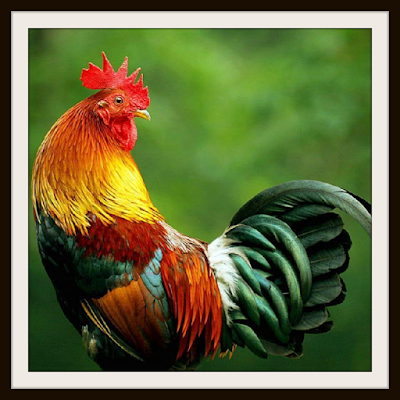 1. Under the Chicken Tree 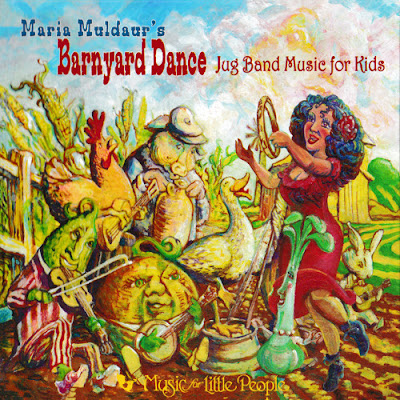 First of all - as the founding member and chief banjo player and vocalist for the Motherhood and Apple Pie Skiffle Band (we were big in the Santa Clara Valley in 1968), Abq Jew loudly and vociferously approves the use of jug band music for virtually any age group.

And then - as Jeff Tamarkin explains in his AllMusic Review -

Jug band music is, by its very nature, a "happy, snappy, lighthearted, humorous, goofy, wacky, high-spirited" sound, which certainly would appeal to any child.

Why this now-marginalized genre - born in the '20s and popularized in the '60s via acts such as the Jim Kweskin Jug Band and the Even Dozen Jug Band (of which Muldaur was a member) - was never marketed with kids in mind is a good question, but Muldaur hits the perfect note with this collection.

As for the song Under the Chicken Tree (words by Irving Jones; music by Kerry Mills; ©1908; as recorded by Earl McDonald Louisville Jug Band, Columbia 14206D, 3/30/27) - Abq Jew learned it a few years ago from Albuquerque's own 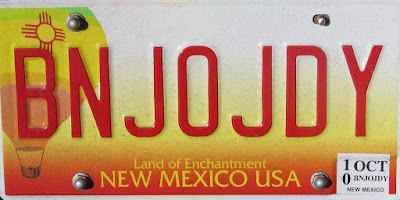 Banjo Judy Muldawer. Who performs Tin Pan Alley and jug band music and all sorts of stuff with her husband of 55 years, Michael. Mazeltov! PLUG: The Muldawers are the recipients of the 2015 Southwest Pickers Entertainment Duo Award. They perform for private parties, as well as public venues.

2. There Are Chickens in the Trees

So hey - we're talking about kids and chickens in trees. So Abq Jew felt he should throw in this Sesame Street favorite.

Wait a minute! Sesame Street! What about ... ??? In case you were wondering, here is why (thanks, Wikipedia!) Abq Jew is not talking about Big Bird: 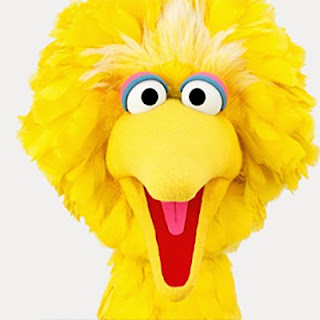 Big Bird is not a chicken.

The book “G” is for Growing: Thirty Years of Research on Children and Sesame Street cites a producer of Sesame Street who refers to Big Bird as a canary.

In an episode of Sesame Street, Big Bird was asked if he was related to the cassowary; he replied, "I'm more of a condor."

On the January 23, 1976 episode of Hollywood Squares, Big Bird was asked what kind of bird he is and said he was a lark, causing host Peter Marshall to crack up.

In the film Don't Eat the Pictures, Osiris calls Big Bird an ibis. Big Bird appeared in a series 11 episode of Mister Rogers' Neighborhood, in which he declares he is a "golden condor".

Zoologist Mike Dickison suggested in his popular Pechakucha talk that Big Bird represents a unique species that evolved from the whooping crane.

Big Bird is always described as being flightless. For years, Oscar the Grouch has been calling Big Bird a turkey, more as an insult rather than a reference to his species.

3. Ghost Chickens in the Sky
As Abq Jew wrote (see Ghost Chickens With Borscht) in December 2012: "(Ghost) Riders in the Sky: A Cowboy Legend" is a country and cowboy-style song. It was written on June 5, 1948 by Stan Jones. 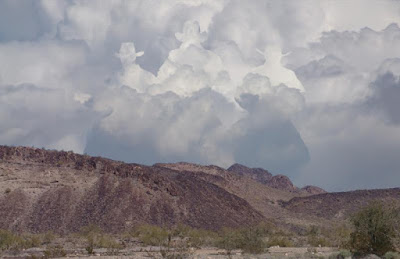 And yes - it's another great tune for Adon Olam!
No, the original "Ghost Riders" song is not about chickens. But hold on - we'll get there! Wikipedia continues:

The song tells a folk tale of a cowboy who has a vision of red-eyed, steel-hooved cattle thundering across the sky, being chased by the spirits of damned cowboys. One warns him that if he does not change his ways, he will be doomed to join them, forever "trying to catch the Devil's herd across these endless skies". Jones said that he had been told the story when he was 12 years old by an old cowboy friend. The story resembles the northern European mythic Wild Hunt.

The song was first recorded by Burl Ives in 1949. After that - about a zillion (Abq Jew's estimate) artists have performed and / or recorded the song.
One of the best videos of "Ghost Riders" that Abq Jew or just about anyone else has seen is this instrumental version, featuring Neil LeVang, guitarist for the Lawrence Welk Show from 1959 until the last show in 1982.
Yes, The Lawrence Welk Show.
But what you, Abq Jew's loyal readers, must note (you must! you must!) in this video is the overwhelming exuberance of the band's percussion session.
And of the exuberant percussionists, the most happy fellow of all is the mustachioed gent on the maracas - Aladdin Pallante (Aladdin Abdullah Achmed Anthony Pallante (1912 - 1970). Who is clearly living his best life.
Whatever he's had - we should all have some.
But let's get back to our chickens! Aside from the 'straight' performances and / or recordings of "Ghost Riders" - about a zillion parodies of the song have been performed and / or recorded.

One of the best (Abq Jew's viewpoint) is performed here by Leroy Troy on The Marty Stuart Show: "Ghost Chickens In The Sky".

Now, everyone knows that chickens and banjos are Jewish (see Abq Jew's 2011 The Importance of Banjo). So, even though Leroy Troy probably isn't (and Abq Jew isn't sure about Marty Stuart) - that was a Jewish song!
4. The Chicken Dance
Which brings us, finally, to what may (or, then again, may not) be the final chapter in Abq Jew's Chicken Saga: 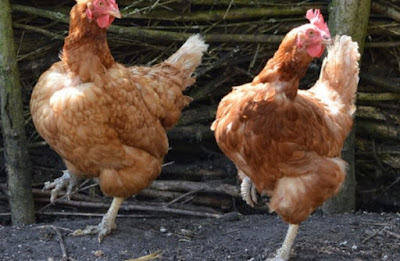 The "Chicken Dance", also known as the "Bird Song," the "Birdie Song," the "Bird Dance," or the "Chicken Song," is an oom-pah song; its associated fad dance is now a contemporary dance throughout the Western world. The song was composed by accordion player Werner Thomas from Davos, Switzerland, in the 1950s.

Unofficially: The original name of the song was "The Duck Dance," and was rumored to be a drinking song sung at Oktoberfest. Over the years, the song went through some things. So how, Abq Jew hears you ask, did ducks turn into chickens?

The dance was reintroduced in the United States in 1981 during the Tulsa, Oklahoma Oktoberfest. The members wanted to demonstrate their love through dance in costumes, but there were no duck costumes available anywhere near Tulsa.

At a local television station, however, a chicken costume was available, which was donated for use at the festival, giving the "Chicken Dance" its name.

And then what happened?

In 1981, Henry Hadaway produced a version of the "Chicken Dance", which was released in the United Kingdom as an instrumental novelty tune The Birdie Song by The Tweets. It reached number two in the singles chart in October 1981, making it the most popular version.

In 2000, this version was voted "the most annoying song of all time" in a poll commissioned for the website dotmusic.

Also of note, at least for hockey fans:

During the 2015–16 season, NHL club Philadelphia Flyers had the chicken dance played over the PA system at the Wells Fargo Center every time the Flyers scored 4 goals in that game.

The Flyers had a partnership with Chick-Fil-A where customers could get free breakfast sandwiches from Chick-Fil-A the day after every game where the Flyers score 4 goals or more. 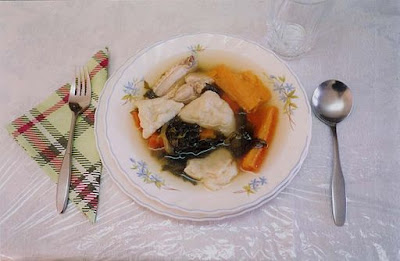 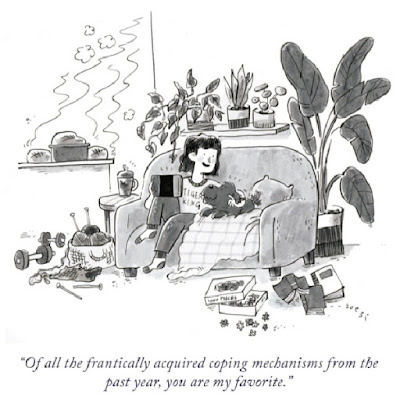