Before The Three Weeks: Sunday is the Fast of Shiva-Asar (17) b'Tammuz, the beginning of the Three Weeks leading up to the Fast of Tisha (9) b'Av, the saddest day in the Jewish year, a fast day that commemorates the destruction of the First and Second Temples, as well as other disasters that have befallen the Jewish people. 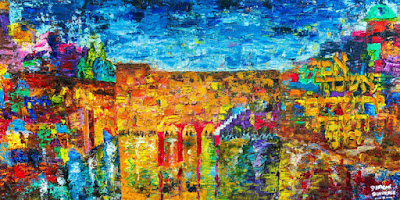 It is no secret that Abq Jew is a fan neither of fast days nor of fasting. There is nothing that focuses Abq Jew's mind on food more quickly or steadily than telling him he can't have any.  In Abq Jew's view, if the purpose of fasting is to remind ourselves of the insignificance of food - fasting fails. 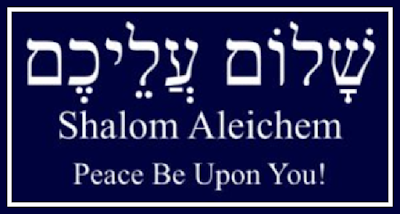 But today is Erev Shabbat, so Abq Jew firmly believes that we can - no, we must - laugh and sing. So please allow Abq Jew to wish you, his loyal readers - Shalom Aleichem. Wikipedia tells us (as if we don't already know):

Shalom Aleichem (Hebrew: שָׁלוֹם עֲלֵיכֶם‎, 'Peace be upon you') is a traditional song sung by Jews every Friday night upon returning home from synagogue prayer.

The custom of singing "Shalom Aleichem" on Friday night before Eshes Chayil and Kiddush is now nearly universal among religious Jews. 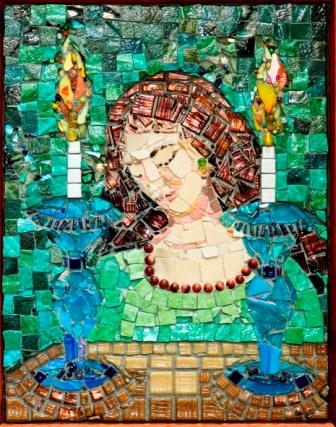 This liturgical poem was written by the kabbalists of Safed in the late 16th or early 17th century. The traditional tune, which we all know, was written by Israel Goldfarb in 1918. Which we may not all know. In fact:

The slow, well-known melody for the song was composed by the American composer and conductor Rabbi Israel Goldfarb on May 10, 1918 while sitting near the Alma Mater statue in front of Low Memorial Library at Columbia University, and first published later that year as "Sholom Aleichem—שָׁלוֹם עֲלֵיכֶם" in Friday Evening Melodies by Israel and his brother Samuel.

The famous Goldfarb song is often presumed to be a traditional Hasidic melody. 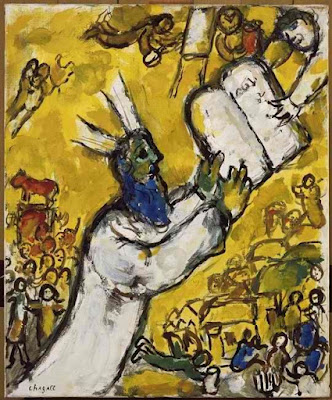 I. Goldfarb wrote in 1963, "The popularity of the melody traveled not only throughout this country but throughout the world, so that many people came to believe that the song was handed down from Mt. Sinai by Moses." 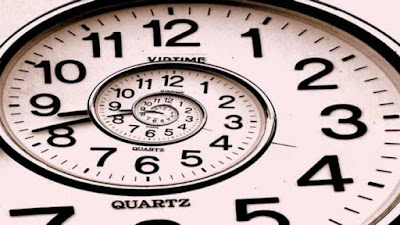 But times change.
Abq Jew is delighted to bring you four (4) different musical interpretations of the Shalom Aleichem prayer - one for each of the four upcoming Shabbatot - for your own observance and enjoyment.

The Ruach is a 501(c)(3) non-profit organization whose mission is to spread the joy of Judaism through new Jewish musical experiences that are meant to create and maintain personal connections and, inspire and engage people to embrace the religion and all that it has to offer.

This Shabbat, The Ruach will present The Shabbat Experience - No Evil Eye, Knock on Wood. Kinehora! About which The Ruach says:

The Shabbat Experience provides a break from the daily stresses of your life. Feel the renewal, beauty and joy of Shabbat through the inspirational words of Rabbi Rachel Smookler and the uplifting music of The Ruach. It is a Shabbat service unlike any other.

Here is The Ruach's interpretation of Shalom Aleichem, which is certainly not your grandfather's. Or Israel Goldfarb's, for that matter.

Yes, Jerry Wicentowski a) sings and plays bluegrass; and b) is an observant Jew who proudly wears his kippa on stage.

Did you miss Third Coast Bluegrass's concert last week? Well, you can listen here! Abq Jew was hoping for some Jewgrass, but was happy to 'settle' for an hour and more of really fine bluegrass.

The Maayan Band is a group of friends from Toronto who share the sense that the ancient sources, writings of the Jewish sages, are the highest expression of the art of being human. They draw inspiration and musical force from those sources.

Here is The Maayan Band's interpretation of Shalom Aleichem. Yes, it's Israel Goldfarb's 'traditional' melody - but the instrumentation and vocalization make this version especially beautiful.

Andy Statman also a) sings and plays bluegrass; and b) is an observant, Shomer-Shabbos Jew who proudly wears his kippa on stage. As far as Abq Jew can tell, Andy was the first in the business.

For more background, here is what Wikipedia says about Andy Statman:

Statman was born in New York City and grew up in the borough of Queens. Beginning at age 12, he learned to play banjo and guitar, following the example of his older brother Jimmy, and then switched to mandolin, which he studied briefly under lifelong-friend David Grisman.

He first gained acclaim as a mandolinist as a sideman with David Bromberg and Russ Barenberg, as well as in the pioneering bluegrass bands Country Cookin' and Breakfast Special.

During the course of exploring a wide range of roots and ethnic music, Statman turned to klezmer music, traditional Eastern European Jewish instrumental music. This led Statman, who grew up in a traditional but secular Jewish home, to reconnect with his Jewish roots.

As a clarinetist, he recorded several albums that were highly influential in the Klezmer revival of those years. Still forging ahead musically, he began playing Chassidic melodies, fusing bluegrass, klezmer, and jazz along the way.

Given his apprenticeship with Tarras and his subsequent master classes at workshops such as KlezKamp as well as privately, Statman became a renowned exponent of traditional Jewish and avant-garde clarinet styles.

And then there's Wikipedia on David Grisman:

David Grisman (born March 23, 1945) is an American mandolinist. His music combines bluegrass, folk, and jazz in a genre he calls "Dawg music".

Grisman grew up in a Conservative Jewish household in Passaic, New Jersey. His father was a professional trombonist who gave him piano lessons when he was seven years old. As a teenager, he played piano, mandolin, and saxophone.

In the early 1960s, he attended New York University. He belonged to the Even Dozen Jug Band with Maria Muldaur and John Sebastian. He moved to San Francisco, met Jerry Garcia, and appeared on the Grateful Dead album American Beauty. He played in Garcia's bluegrass band Old & In the Way.

Garcia named him "Dawg" after a dog that was following him while they were driving in Stinson Beach, California. "Dawg Music" is what Grisman calls his mixture of bluegrass and Django Reinhardt/Stéphane Grappelli-influenced jazz. 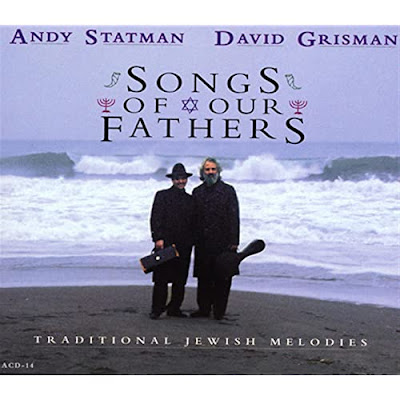 And finally, there's Wikipedia on their masterpiece album, Songs of Our Fathers:

Songs of Our Fathers is an album by American musicians David Grisman and Andy Statman, released in 1995.

It's a collection of Jewish songs, many of which are more than 100 years old. Much of the music is influenced by the Jewish instrumental folk music of Eastern Europe known as Klezmer.

If you haven't listened to Songs of Our Fathers recently - well, you really should. Here is the album's long version of Shalom Aleichem. 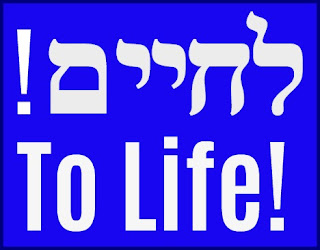 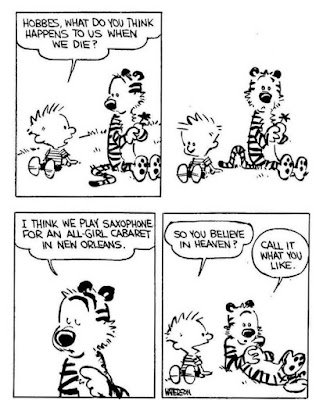 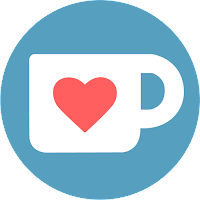