Oy! Not the Trolley Problem!

Look Out! Here We Come! As you, Abq Jew's loyal readers, surely recall (see A Petri Dishes the 12 Days) - Alexandra Petri (@petridishes on Twitter)  is one of Abq Jew's most favorite columnists. Nowadays she gets paid to write for The Washington Post.

Recently, Ms Petri wrote about the Trolley Problem as it relates to Senator Joe Manchin (D-WV). We'll get to that. But first - here's a beautiful photo of a San Francisco cable car. BTW - the iconic fleet of cable cars will be returning to service (אי״ה) this August. Mazeltov! 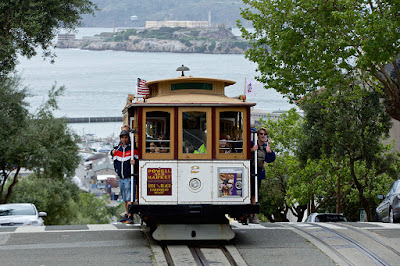 The cognoscenti among you will, of course, point out (no need! Abq Jew's got this!) that a cable car, which is drawn by an underground cable, is not a trolley, which is powered by an overhead wire. So here's a picture of a true trolley. 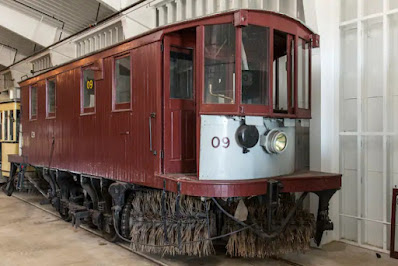 The last time Abq Jew blogged about trolleys (though not the Trolley Problem) was December 2011 (see the unforgettable Deck Us All). With the equally unforgettable Pogo cartoon song which began with
Deck us all with Boston Charlie,
Walla Walla, Wash., an' Kalamazoo!
Nora's freezin' on the trolley,
Swaller dollar cauliflower alley-garoo!

Which immediately returns us to the question at hand:

What the heck is the Trolley Problem?

The Trolley Problem, as it is fondly known, is one of the central ethical questions of our (or, indeed, any) time. How (or if) one solves the Trolley Problem shows the world just what kind of person one truly is.

Or two really are, if a couple chooses to solve the problem together. Abq Jew knows you've heard this one. Thus, Wikipedia -

There is a runaway trolley
barreling down the railway tracks.

Ahead, on the tracks, there are five people tied up and unable to move. The trolley is headed straight for them. You are standing some distance off in the train yard, next to a lever. If you pull this lever, the trolley will switch to a different set of tracks. However, you notice that there is one person on the side track. You have two options:

Which is the more ethical option?
Or, more simply: What is the right thing to do?

For those who wish to see a more visual representation of the Trolley Problem: 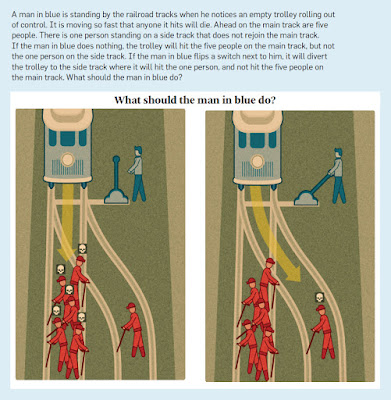 And for those who wish to see a more visual representation of the Trolley Problem, with narration by Harry Shearer:

But for those who only wish to see how Alexandra Petri connects the Trolley Problem to the Sen Joe Manchin / Filibuster Problem: 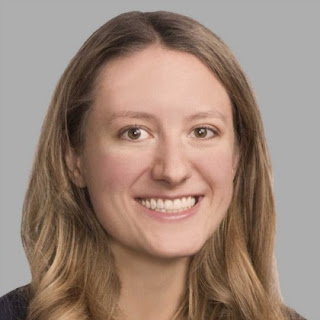 Which Abq Jew now displays in its entirety, in complete violation of an entire plethora of US copyright laws, UN resolutions, and international conventions.

These trolley problems should be difficult! They are supposed to create ethical dilemmas that force you to weigh priorities. Can you really have finished them in under one minute? Let me see your answers, Joe.

1) An out-of-control trolley is barreling down a track. Strapped to that track, a few hundred feet down the line, is H.R. 1, a voting rights bill that would roll back various anti-democratic encroachments. That trolley will surely crush the bill! People gather by the tracks, pointing and gesticulating: “Someone rescue that bill! The only thing that will allow our representative government to continue is in that bill!” Just a few feet down the line, there is a switch that can divert the trolley onto another track, away from the bill. But! Lying strapped to that length of track is the filibuster. Do you pull the swi—

Well, the filibuster is on the other length of track.

2) An out-of-control trolley is barreling down a track toward a commission to investigate the deadly insurrection at the Capitol. There is a switch that can divert the trolley onto another track, away from the commission, but lying strapped to that length of track is the filibuster. The filibuster would not even be killed, but it might be modified by the experience of colliding with the trolley. Do you pull the switch?

No. The filibuster could be CHANGED, and I like it just the way it is!

3) A trolley is barreling down a track to which is strapped the entire Biden agenda. The filibuster is on its siding just sitting there, not even really strapped down, and it doesn’t look all that worried. Do you pull the switch?

I save the filibuster.

There was no filibuster in that last question! It was just a normal trolley problem!

5) A healthy man comes into a hospital where there are five patients who would die without his organs. You are a surgeon. Do you take the man’s organs, killing him, and thereby saving your five patients?

I take the organs and give them to the filibuster.

This one isn’t about the filibuster either! In your scenario, six people have just died and you have offered organs to a Senate procedural rule that does not want them!

7) The filibuster is strapped to a length of track, and an out-of-control trolley is barreling towar—

I pull the switch.

Do you want to know what the trolley will hit instead?

8) What may be our last chance to take meaningful action on climate change is strapped to a length of track, and a trolley is barreling rapidly toward it. The filibuster is strapped to a siding. Do you pull the switch?

I gather a bipartisan group of legislators to stop the trolley.

You have to pull the switch.

We will stop the trolley together in the best Senate tradition.

Okay, but that trolley sure is moving fast!

9) An increase to the minimum wage is lying on a length of track, and the filibuster is lying a little farther down the same length of track. Pulling the switch will send the trolley down an empty siding, away from both of them.

Oh, this is impossible!

And for those who wish to see an extremely graphic, bloody, true-to-life yet comical visual representation of the Trolley Problem, as demonstrated by those good people on The Good Place, of recently-departed blessed NBC memory.

And for those -  yes, Abq Jew knows you're out there! - who are wondering

What Does This Have To Do With Real Life? 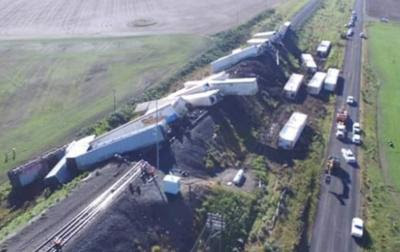 An actual case approximating the trolley problem occurred on June 20, 2003, when a runaway string of 31 unmanned Union Pacific freight cars was barreling toward Los Angeles along the mainline track 1.

To avoid the runaway train from entering the Union Pacific yards in Los Angeles, where it would not only cause damage, but was also where a Metrolink passenger train was thought to be located, dispatchers ordered the shunting of the runaway cars to track 4, through an area with lower-density housing of mostly lower-income residents.

The switch to track 4 was rated for 15-mph transits, and dispatch knew the cars were moving significantly faster, thus likely causing a derailment.

The train, carrying over 3800 tons of mostly lumber and building materials, then derailed into the residential neighborhood in Commerce, California, crashing through several houses on Davie Street.

The event resulted in 13 minor injuries, including a pregnant woman asleep in one of the houses who managed to escape through a window and avoided serious injury from the lumber and steel train wheels that fell around her.

Which reminds Abq Jew of one of his favorite sayings:

Which reminds Abq Jew of another one of his favorite sayings: 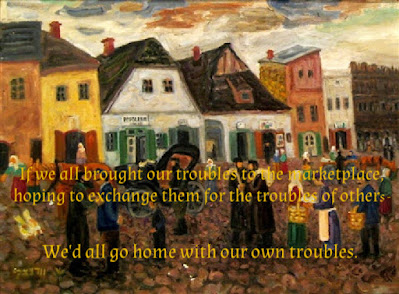 If we all brought our troubles to the marketplace,
hoping to exchange them for the troubles of others -

We'd all go home with our own troubles. 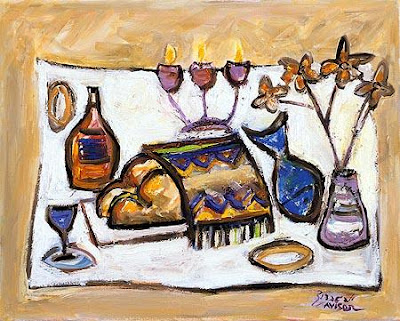