Losing A Bit of History: The American Jewish world lost a couple of greats this past week. Graphic designer Milton Glaser died on Friday June 26 - his 91st birthday. And comedian Carl Reiner died on Monday June 29, at the age of 98.

Abq Jew will not provide full biographies / obituaries for these two men of great accomplishment - you can find them all over the Internet. But Abq Jew felt he should mark the moment (see Character Integrity Pathos).


Milton Glaser was born on June 26, 1929, in The Bronx, New York City. His parents, Eugene and Eleanor (née Bergman), were Hungarian Jewish immigrants. The family resided in the South Bronx. His father owned a dry-cleaning and tailoring shop; his mother was a homemaker.

Mr Glaser is renowned for many classic designs, but is revered for this logo - 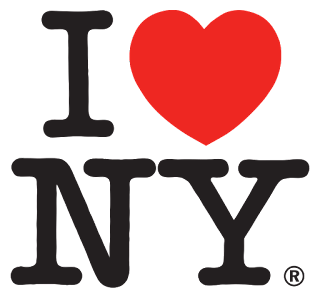 which, with its accompanying ad campaign, rescued the State (and City) of New York from financial and other disaster.

The logo was designed by Glaser in 1976 in the back of a taxi. and was drawn with red crayon on scrap paper. The original drawing is held in the Museum of Modern Art in Manhattan.

This video tells the I Love New York story.

Carl Reiner was born on March 20, 1922, in the Bronx, New York City. His father Irving Reiner was a watchmaker; his mother was Bessie (née Mathias) Reiner. His parents were Jewish immigrants; his father was from Austria and his mother Romania.

Mr Reiner is renowned for many classic comedies, but is revered for his "straight-man" role (with his lifelong friend Mel Brooks, who celebrated his 94th birthday on Friday June 28) in - The 2000 Year Old Man. Here is one video from The Forward's 12 clips to remember Carl Reiner by.


And as for the aforementioned comedy routine, The Washington Post tells us:


During the 1950s, Mr. Reiner and Brooks would perform the 2,000-Year-Old Man interviews only for friends at dinner parties. They were reluctant to record the routine.

In a 1999 New York Times interview, he recalled telling Brooks: “We can’t do it for anybody but Jews and non-anti-Semitic friends. The Eastern European Jewish accent Mel did was persona non grata in 1950. The war had been over for five years — the Jews had been maligned enough.”

Mr. Reiner and Brooks slowly built a following among the show-business elite — comedian George Burns threatened to steal the idea if they did not record it first.

In an era when a lot of Jewish comics and writers hid their ethnic identities, the album was among the first to help make Jewish humor mainstream, the comedy historian Gerald Nachman said in a 2013 interview for this obituary.

Mr. Reiner said the movie star Cary Grant once played it for the Queen Mother at Buckingham Palace, and she apparently “roared” with laughter.

“Well, there’s the biggest shiksa in the world.
We must be all right.”


Creatively speaking, the 2,000-Year-Old Man was born in 1950, after Mr. Reiner came to work one day after seeing a program called “We the People Speak,” in which actors impersonate newsmakers.

“They were interviewing this guy on TV, who was saying, ‘I was in Stalin’s toilet and I overheard their plans — they’re going to blow up the world next Tuesday.’ I couldn’t believe I had heard something on TV so stupid,” he told the Los Angeles Times in 1994.

“So I went into the writers’ room and said to Mel, ‘Isn’t it true you were there when Christ was crucified?’ I didn’t even expect an answer, but Mel just took off.”

Always walked around with 12 other guys.
They used to come into the store a lot.
Never bought anything.