Goodbye, Farewell: It is with joy and excitement that Mr & Mrs Abq Jew report that their son Dov the Film Editor; their daughter (in-law) Jessica the Surgeon; their grandchildren Vera and Chuck; and their granddog Dave - 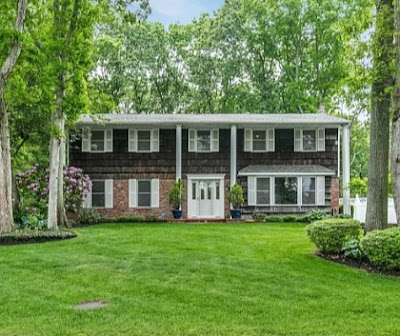 have departed their now former home on Long Island, and are venturing to their new home in the Far North. Portsmouth. New Hampshire, that is. There is, of course, a touch of sadness involved. Leaving friends and family is always hard. But we may thank the US Postal Service and FedEx, Skype and our cellphones -  for keeping us close no matter what. And the airports (halevai!).

When it comes to leaving one place and going to another, nobody does it like us Jews. You can learn from history books, but you just can't beat experience.

Abq Jew's mishpocha said Goodbye Odessa more than a century ago. Maybe it was the traffic; maybe it was the crowded coffee shops. Or the cost of housing. Or the pogroms.

A series of pogroms against Jews in the city of Odessa, Ukraine, then part of the Russian Empire, took place during the 19th and early 20th centuries.

Ashokan, it turns out, was the name of a former village in the Catskill region of New York that is now mostly covered by the Ashokan Reservoir.

And furthermore, Wikipedia tells us


Ashokan Farewell is a piece of music composed by American folk musician Jay Ungar in 1982.

For many years it served as a goodnight or farewell waltz at the annual Ashokan Fiddle & Dance Camps run by Ungar and his wife Molly Mason, who gave the tune its name, at the Ashokan Field Campus of SUNY New Paltz (now the Ashokan Center) in Upstate New York.

The tune was used as the title theme of the 1990 PBS television miniseries The Civil War. Despite its late date of composition, it was included in the 1991 compilation album Songs of the Civil War.

As every Long Islander knows - when you reach Jamaica, you make a stop. Usually, to change trains. After which it's Jamaica Farewell. Oops - Abq Jew's got the wrong Jamaica.


Jamaica Farewell is a Jamaican-style folk song. The song appeared on Harry Belafonte's album Calypso. The lyrics for the song were written by Lord Burgess (Irving Louis Burgie).

In his album My Son, the Folk Singer, Allan Sherman included a parody of the song: "I'm upside down, my head is spinning around, because I gotta sell the house in Levittown!"

And then there's Ronkonkoma. What a train station! What parking! 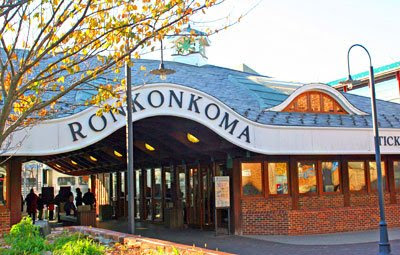 Forever in our hearts!

The station has a total of about 6,100 parking spaces. As of May 2011, 63 trains connecting to New York City stop at this station every weekday.

Ronkonkoma (alt: Ronkokomo) is, apparently, the hometown of comedian / actor Christopher Brian Roach, who we all remember from CBS's Kevin Can Wait.