How to Stop A Pandemic

Three Ways for Three Weeks: How, during this dreadful time of viral death, financial destruction, and emotional devastation should we observe the 17th of Tammuz, the Three Weeks, and Tisha b'Av?

When it comes to stopping the current COVID-19 pandemic, we all know what we need to do: follow the rules. Stay home until we run out of food or toilet paper. Wear a mask when we go out. Don't get too close. And, for heaven's sake - 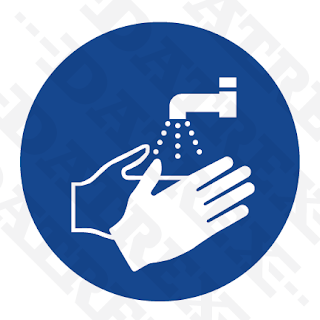 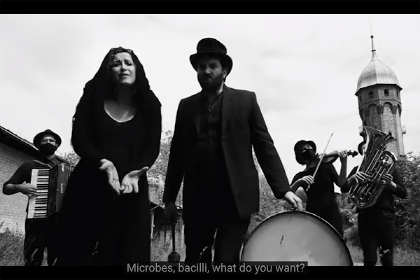 It turns out that ours is not the first generation to face pestilence and disease. There have been eras of bubonic plague, cholera, influenza, tuberculosis, and polio (just to name a few) since we humans started living together.

Some of these times of illness have been memorialized in song. Lior Zaltzman of Kveller.com tells us:

In 1916, Solomon Smulevitz, a Yiddish musician and entertainer who immigrated to America from Belarus, wrote “Mentshn-Fresser.” The song’s title means “man eater,” or “devourer of mankind.”

“The pale pestilence lives deeply buried in the lungs,” the song begins, and it goes on to tell the story of a terrible plague spreading across the world, with the speed of a raging fire.

Fast forward a century and change later, and Sveta Kundish — a classically-trained singer turned Yiddish musician, and the first female cantor in the history of the German state of Lower Saxony — was taking an online class at the Yiddish Worker’s Circle, when her teacher introduced the class to the song, translated and recorded by Jane Peppler.

The following day, Sveta and her partner, accordion player Patrick Farrell, who live in Berlin, had Shabbat dinner with fellow Yiddish musician Daniel Kahn — whom you may know from his amazing Yiddish cover of Leonard Cohen’s “Hallelujah” — and his wife, Yeva.

“I showed everybody the song,” Kundish tells Kveller, “and everybody got very excited because it felt like it describes our times precisely.”

And so, with the help of some musician friends and fellow Yiddishists, Kundish and Kahn set out to record of a version of the song. They released it last week [June 23], along with a dark, pandemic-themed video that incorporates a trove of historical footage.

Ir frest di korbones gor on a rakhmones, in bliyende lebn nor tsilt ir!
You gobble the victims mercilessly,
you aim only at blooming lives

Ir bodt zikh in trern fun veyner ir tsit oys di markh fun di beyner
You bathe yourselves in the tears of those who weep,
you suck the marrow from the bones 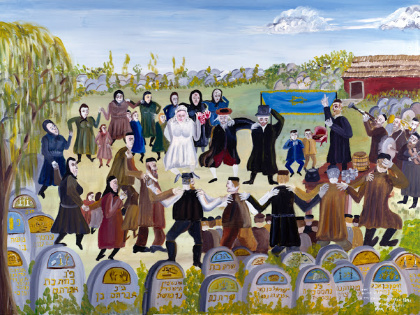 To be used very strictly and under rabbinic supervision only as an absolute last resort. When there is neither cure nor effective treatment.

When social-distancing, hand-washing, mask-wearing, and chaval! even song and prayer do not appear to be working. 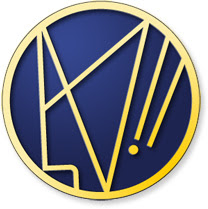 Which Abq Jew was fortunate enough to attend. (You can watch a video of the class, presented by scholar Gabriella Safran, here.)


Shvartse khasenes (black weddings), reported from Chełm, Opatów, and other places, were intended to end a crisis such as a cholera epidemic by arranging a wedding in the cemetery for two people who were poor, orphaned, or disabled, as this was considered a very good deed.

The boundary between the living and the dead, Professor Safran told us, is fluid. Which, perhaps, we can exploit - when direly needed to save our lives.

In March, P J Grisar wrote in The Forward:


We used to conduct weddings in cemeteries to fight epidemics — really

As the world confronts the novel coronavirus pandemic, many Jewish leaders are urging their communities to make changes in their lives to help cut the crisis short: Don’t kiss mezuzot, convene with your minyan online. Keep events like weddings small, if at all possible.

But in past moments of public health crisis, our community wasn’t always so practical. Perhaps the most unusual response was a ritual folk remedy in which the living were married on a field of the dead — before the whole village.

Shvartse khasenes, or black weddings, were, well, weddings performed between two previously unwed people in a graveyard. The betrothed were often poor, orphaned, disabled or some combination of the three. Sometimes they didn’t even know each other before taking their vows.

The hope was that the communal hesed — kindness or love — fostered by these graveside nuptials would stop the diseases cold. It was believed joining a couple in the presence of the dead allowed for a more direct appeal to be made to God to intervene.

You can learn more about Black Weddings here and here. 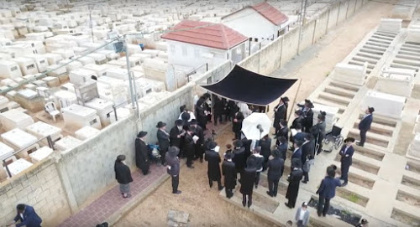 Yes, Abq Jew hears you say, that's what we Jews used to do. Before the Enlightenment and the Age of Reason.

Well, here is what Kaushik Patowary wrote just a couple of months ago in Amusing Planet.


Black Weddings: Marrying in The Time of Cholera

Last month, a peculiar wedding ceremony took place at a cemetery in Bnei Brak, a city in Israel, just east of Tel Aviv.

With government regulation prohibiting large gatherings in the wake of the coronavirus epidemic, the wedding was a small affair with only a few attendants huddled under a small black canopy, the chuppah.

The groom was an orphan and while the identify of the bride was not disclosed, she was probably an orphan herself. The two had never met before, never known each other.

These essential strangers were the unwilling participants of a ritual known as shvartse khasene (black wedding) or mageyfe khasene (plague wedding), where the local Jewish community forcibly marries off two of the most marginal residents of the town in an effort to ward off diseases.

And yes - even right here in the good ol' USA!


When Jews from Eastern Europe immigrated to the United States, around the turn of the 20th century, they brought this custom with them. During the devastating Spanish Flu epidemic desperate Jewish communities across America married off dozens of young couples.

One of the most celebrated and widely reported black weddings took place between Harry Rosenberg and Fanny Jacobs in October 1918 at a cemetery near Cobbs Creek in Philadelphia. The event was attended by over a thousand.

Abq Jew does not know when it will get better, but he is certain that it will.
In the meantime -