The Battle of Britain: No, you have probably never heard of him. Neither had Abq Jew. But Paul Farnes, in his youth, did something extraordinary.

He helped save the world.

He was one of the last of “The Few,” the Royal Air Force airmen who defended Britain against the powerful Luftwaffe.

Paul Farnes, a Royal Air Force fighter pilot and the last surviving R.A.F. ace of the Battle of Britain, in which he shot down six German aircraft and damaged a half-dozen more, died on Jan. 28 in West Sussex, England. He was 101.

His death was announced by the Battle of Britain Memorial Trust.

Mr. Farnes was one of the last survivors of the nearly 3,000 airmen called “The Few,” a nickname inspired by Prime Minister Winston Churchill’s tribute to them in August 1940 while the campaign, begun in July, raged on. 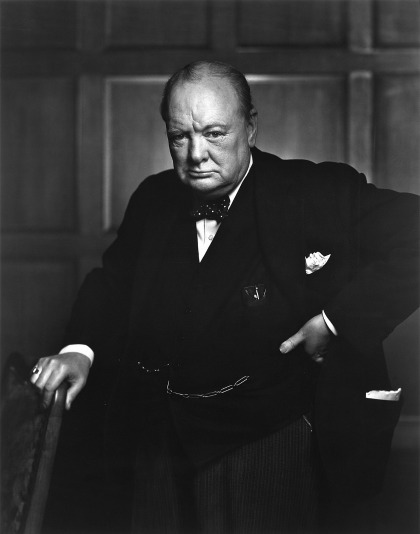 “Never in the field of human conflict,” Churchill said, “was so much owed by so many to so few.”

Mr. Farnes, who qualified as an ace after destroying five enemy aircraft, received the Distinguished Flying Medal in late October 1940 and was the only member of “The Few” to attend an annual commemoration of the Battle of Britain in 2017.

“They shall grow not old, as we that are left grow old,” he said, reciting from a poem by Laurence Binyon in a village near Kent. “Age shall not weary them, nor the years condemn./At the going down of the sun and in the morning,/We will remember them.” 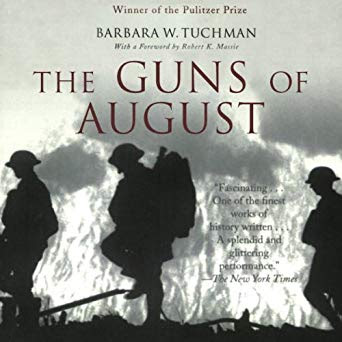 When, just a short time ago, the US seemed to be stumbling into a war with Iran, Abq Jew began rereading Barbara Tuchman's classic, The Guns of August. Wikipedia tells us that the book is:


a volume of history by Barbara W. Tuchman. It is centered on the first month of World War I. After introductory chapters, Tuchman describes in great detail the opening events of the conflict. Its focus then becomes a military history of the contestants, chiefly the great powers.

The Guns of August thus provides a narrative of the earliest stages of World War I, from the decisions to go to war, up until the start of the Franco-British offensive that stopped the German advance into France. The result was four years of trench warfare.

In the course of her narrative Tuchman includes discussion of the plans, strategies, world events, and international sentiments before and during the war.

The book was awarded the Pulitzer Prize for General Non-Fiction for publication year 1963 ....

By the time Abq Jew finished rereading The Guns of August (a few days ago), our flare-up with Iran was almost forgotten.

But the book's chief lesson (there are many) - how easy it is to go to war, and how difficult it is to end a war once begun - should be imprinted on our consciences and our consciousness forever. 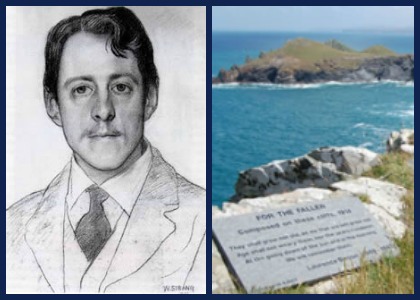 Laurence Binyon composed his best known poem while sitting on the cliff-top looking out to sea from the dramatic scenery of the north Cornish coastline. A plaque marks the location at Pentire Point, north of Polzeath. However, there is also a small plaque on the East Cliff north of Portreath, further south on the same north Cornwall coast, which also claims to be the place where the poem was written.

The poem was written in mid September 1914, a few weeks after the outbreak of the First World War. During these weeks the British Expeditionary Force had suffered casualties following its first encounter with the Imperial German Army at the Battle of Mons on 23 August, its rearguard action during the retreat from Mons in late August and the Battle of Le Cateau on 26 August, and its participation with the French Army in holding up the Imperial German Army at the First Battle of the Marne between 5 and 9 September 1914.

Laurence said in 1939 that the four lines of the fourth stanza came to him first. These words of the fourth stanza have become especially familiar and famous, having been adopted by the Royal British Legion as an Exhortation for ceremonies of Remembrance to commemorate fallen Servicemen and women.

Laurence Binyon was too old to enlist in the military forces but he went to work for the Red Cross as a medical orderly in 1916. He lost several close friends and his brother-in-law in the war.


For the Fallen
by Laurence Binyon

With proud thanksgiving, a mother for her children,
England mourns for her dead across the sea.
Flesh of her flesh they were, spirit of her spirit,
Fallen in the cause of the free.

Solemn the drums thrill; Death august and royal
Sings sorrow up into immortal spheres,
There is music in the midst of desolation
And a glory that shines upon our tears.

They went with songs to the battle, they were young,
Straight of limb, true of eye, steady and aglow.
They were staunch to the end against odds uncounted;
They fell with their faces to the foe.

They shall grow not old, as we that are left grow old:
Age shall not weary them, nor the years condemn.
At the going down of the sun and in the morning
We will remember them.

They mingle not with their laughing comrades again;
They sit no more at familiar tables of home;
They have no lot in our labour of the day-time;
They sleep beyond England's foam.

But where our desires are and our hopes profound,
Felt as a well-spring that is hidden from sight,
To the innermost heart of their own land they are known
As the stars are known to the Night;

The Battle of Britain officially lasted from 10 July until 31 October 1940, but the heaviest fighting took place between 8 August and 21 September.

Both the Supermarine Spitfire and the [Hawker] Hurricane are renowned for their part in defending Britain against the Luftwaffe; generally, the Spitfire would intercept the German fighters, leaving Hurricanes to concentrate on the bombers, but, despite the undoubted abilities of the "thoroughbred" Spitfire, it was the "workhorse" Hurricane that scored the higher number of RAF victories during this period, accounting for 55 percent of the 2,739 German losses, according to Fighter Command, compared with 42 per cent by Spitfires.