The Wisdom of Our Sages

Upcoming Class Announcement: Got ethics? Sometimes it seems that few of our leaders do. But our Jewish sages not only had ethics - they endeavored to live ethically, and to pass down to us exactly what that means.

Thus - in the spirit of "it's up to us to turn this thing around" - Abq Jew is pleased to announce the following upcoming class: 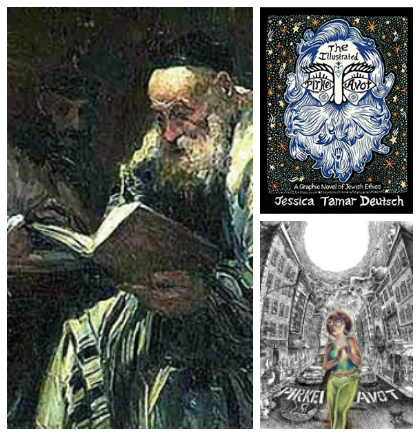 Spiritual / Ethical Teachings of Judaism through the lens of Two Great Texts: Pirkei Avot and Avot de Rabbi Natan. What are the enduring values of Judaism as we dig into great Jewish teachings of the Rabbis shared 2000 years ago? 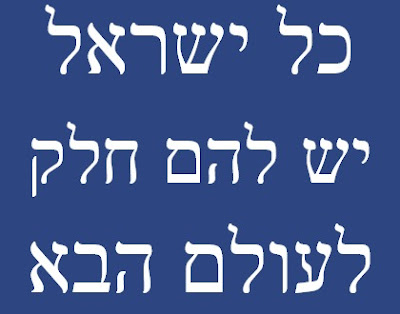 "All Israel have a share in the world to come."

These are the traditional words with which we begin a study of Ethics of the Fathers. They are not part of the Pirkei Avot text; rather, they are a preamble that shows us - from the POV of The Holy One, Blessed Be He - where we stand.

Sort of like that other preamble we all know: 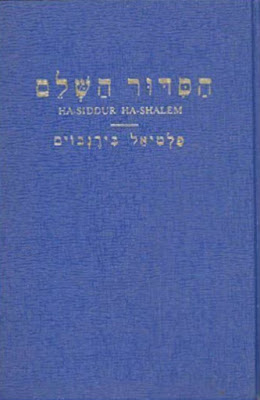 But Abq Jew (big surprise!) digresses. Anyway, you can check out Ethics of the Fathers on page 477 of the HaSiddur HaShalem Daily Prayer Book of Philip (Paltiel) Birnbaum. Go look! It's right there on your bookshelf!


Or - you can check out any of the zillion-or-so editions of Pirkei Avot. Ranging from Jessica Tamar Deutsch's The Illustrated Pirkei Avot: A Graphic Novel of Jewish Ethics to Amanda Monaco's jazzy guitar Pirkei Avot Project to ... well, you get the idea.

Rabbi Jill Jacobs has written a wonderful introduction to Pirkei Avot for My Jewish Learning.

Pirkei Avot (literally, “Chapters of the Fathers,” but generally translated as “Ethics of Our Fathers”) is one of the best-known and most-cited of Jewish texts.

Even those who claim to know little about Jewish literature are familiar with maxims such as “If I am only for myself, who am I? (1:14)” and “Say little and do much (1:15).”

Popular Hebrew songs take as their lyrics lines such as “The world stands on three things: Torah , service, and acts of loving kindness (1:2)”  and “You are not obligated to complete the work, but neither are you free to desist from it (2:21).”

Pirkei Avot is so popular that many siddurim (prayer books) include the full text of this book. In many communities, it is customary to read a section of Pirkei Avot every Shabbat.

And Rabbi Jacobs has also written a cogent introduction to the lesser-known Avot d’Rabbi Natan.

Tucked in the back of Seder Nezikin in most editions of the Talmud is a mysterious series of books collectively referred to as Masekhtot Ketanot, the “Minor Tractates.”

Though classified as a unit, these minor tractates include material from a variety of genres produced over several hundred years. One of these volumes is Avot d’Rabbi Natan, a sort of companion volume to Pirkei Avot.

Like its better-known cousin, Avot d’Rabbi Natan consists largely of maxims that cover the proper approach to Torah study, common human courtesy, and other life advice. For the most part, the instructions seem directed at those who pursue the rabbinic life of Torah study and discipleship.

Many of the sayings recorded in one of the books appear also in the other. As in Pirkei Avot, the rabbinic statements of Avot d’Rabbi Natan are ordered by generation, beginning with those attributed to the first rabbis, and continuing through each generation of disciples.

Unlike Pirkei Avot, however, Avot d’Rabbi Natan rarely simply presents an aphorism, but instead adds long commentaries and expansions on these statements. For example, both books record Hillel’s exhortation, “Be of the disciples of Aaron, loving peace and pursuing peace, loving humanity and drawing them to Torah.”

In Pirkei Avot, this statement stands on its own (1:12). In Avot d’Rabbi Natan, Hillel’s comment sparks a multi-page meditation on Aaron’s humility, the power of peace, and techniques for stopping quarrels. 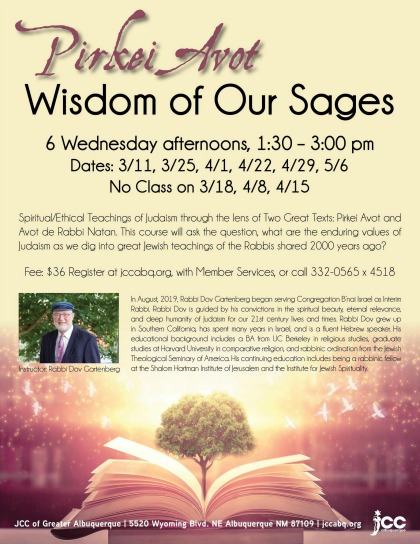