Walkin' My Cat Named Dog: No, no, Norma Tanega was not a household name, even in the '60s. She only had one hit record. And she wasn't Jewish.

But, to paraphrase what Philip Blondheim (later known as Scott McKenzie) once said (see If You're Going to San Francisco) of his one hit, 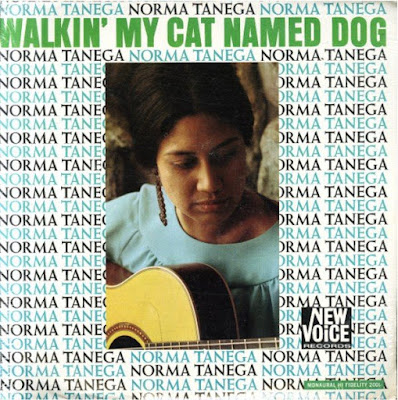 If you're going to be a one hit wonder,
Walkin' My Cat Named Dog is the hit to have.


Norma Tanega, Who Sang About a Cat Named Dog, Dies at 80  She had only one hit record, but it was a memorable one: a quirkily titled song about freedom, dreaming and her cat, who really was named Dog

In 1966, when Norma Tanega released her first single, rock fans were becoming used to unusual lyrics. But as it turned out, that song, “Walkin’ My Cat Named Dog,” wasn’t as quirky as the title suggested: The song was inspired by her cat, whose name was indeed Dog.

“I had always wanted a dog, but because of my living situation, I could only have a cat,” she said on her website. “I named my cat Dog and wrote a song about my dilemma.”
She turned that situation into a lilting song about freedom, “perpetual dreamin’” and “walkin’ high against the fog” around town with Dog (whom in real life she really did walk).

And, Mr Sandomir tells us -


Norma Cecilia Tanega was born on Nov. 30, 1939, in Vallejo, Calif., and grew up in Long Beach. Her father, Tomas, was a Navy bandmaster and musician. Her mother, Otilda (Ramirez) Tanega, was a homemaker.

As a teenager, Norma painted, and gave classical piano recitals and taught herself the guitar. After graduating from Scripps College in Claremont and earning a master’s in fine arts from Claremont Graduate School, she moved to Manhattan to join the folk music scene.

A job singing in a summer camp in the Catskills brought Ms. Tanega to the attention of a producer, Herb Bernstein, and to Bob Crewe, the songwriter and producer behind many of the Four Seasons’ hits, who signed her to his New Voice record label in 1965. “Walkin’ My Cat Named Dog” came out early the next year.

And Abq Jew was distressed to read - 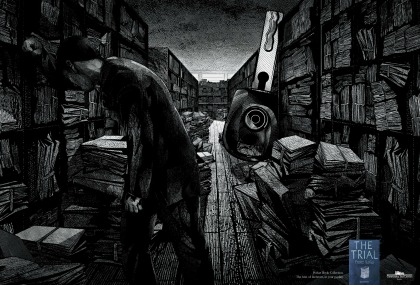 Today begins, so to speak, the impeachment trial of our 45th president. While some of us are, for emotional support, rereading Franz Kakfa's The Trial ... 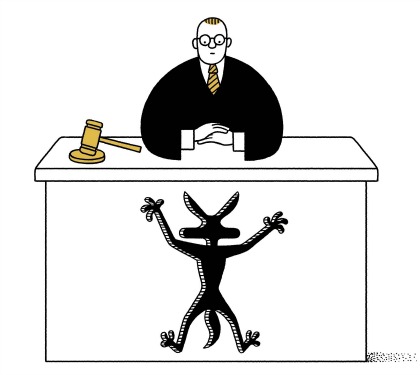 others, Abq Jew is sure, are rereading Ian Frazier's Coyote v Acme.

And so, to ease the mood, here is Norma Tanega singing her signature hit.

And here is a video of the same song, covered by They Might Be Giants. 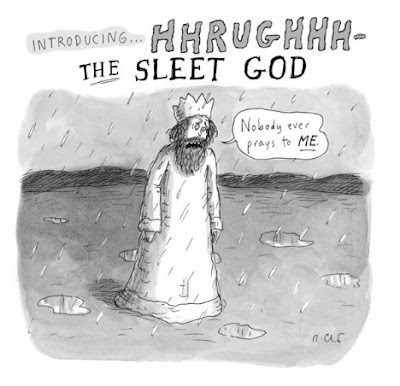 I found your page when Googling Norma Tanega somewhat randomly. I didn't realize she had passed away in 2019. I didn't see the comments section at first at the bottom of your post, so I wrote you under "Contact." I mentioned in that note that there was a tenuous connection between Norma Tanega and Judaism, in that I heard when I was a student at a yeshiva in Brooklyn in the 1960s that Tanega had taught at another one, Beth Jacob of Crown Heights. Though it seems like an apocryphal story and I can't confirm it, I did find upon further research just now, when Googling her song "You're Dead," apparently newly well known since 2015, that she also was a counselor in the Catskill Mountains all those years back. Those odd jobs go together! So I think my memory of the school story is just fine. There were so many good songs on her first album. She was so underrated, but I see upon research that she still has plenty of fans. I was perusing her Wikipedia article just now, and saw that, contrary to what I thought, she had quite a career beyond "Walking My Cat Named Dog." She had a relationship with Dusty Springfield, whom I also liked very much back then, wrote lots of songs for Dusty, and lived with her for five years. Norma also had plenty of other creative activities. I used to know a lot about pop music all those many years ago, but when I switched my allegiance to film, I stopped following music entirely, except for classical somewhat. Anyway, a link to Dusty Springfield, amazing.