Never Too Early: To learn Daf Yomi! Some may prefer to learn on their own time, in their own space, with nothing but their computer and / or Talmud before them. 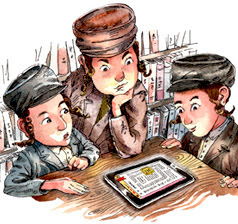 Others  choose to study in חברותא (chevruta) - a traditional method of study that is prevalent today in the Jewish - Yeshiva culture (and elsewhere) in which a pair of learners read and discuss the text together.

Still others prefer to congregate in large (or large-ish) groups and discuss what they have learned.

Abq Jew encourages everyone to learn, regardless of method. To do, as we say,

Whatever floats your boat.


Biggest book club in the world!
Thousands of people around the world, including some
in Albuquerque, are involved in learning Daf Yomi,
the effort to study one page of Talmud every day.
Some people skim the pages in English, others spend hours
trying to decode the Aramaic - most people are in between!
There are wonderful stories, jokes, obscure references,
and powerful ethical lessons in these pages.
There’s interest in getting together
once a month to talk about this -
so anyone interested can gather at:

Abq Jew is ... disappointed ... to announce that the first meeting of said ABQ Daf Yomi group will אי״ה meet on

TimeandDate says that sunrise on that day will אי״ה take place bright and early at 7:03 am. And that following that momentous event there are some 10 hours, 34 minutes, and 27 seconds that before sunset at 5:37 pm. 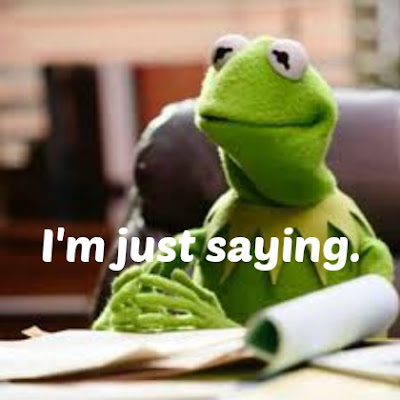 Berachot 7
An Example of Daf Yomi
Email from My Jewish Learning
Friday, January 10, 2020

On today’s daf, the rabbis continue to probe the idea that God prays and ask a logical follow-up question: What does God pray?

Rabbi Zutra bar Tovia supplies the answer in the name of Rav. Here is God's prayer:


May it be my will that my mercy will overcome my anger, and may my mercy prevail over my other attributes, and may I conduct myself toward my children (Israel) with the attribute of mercy, and may I put them before the letter of the law.

In other words, God prays for patience and mercifulness in the face of human injustice. God prays not to be tempted, however rightly, to mete out just punishment for the wickedness of Israel.

Much of Western culture is steeped in the idea that the God of the Hebrew Bible is jealous and vengeful. But here in the Talmud, the ancient rabbis imagine God very differently. Theirs is a God who has every reason to be angry — after all, there is a great deal of human wickedness in the world. Human beings started messing up almost from the very first moment, when Adam and Eve disobeyed God's direct command and ate from the fruit of the Tree of Knowledge.

And yet, God does not punish people as they deserve, but practices merciful restraint — even prays to be more merciful.

Rav’s teaching isn’t so easily accepted. His colleagues challenge him: Does God really have difficulty overcoming anger? Can we even think of God in terms of such a base human emotion? Here too, the answer is "yes." God can be roused to anger; the rabbis find proof in the Psalms:


God vindicates the righteous, God is furious every day (Psalm 7:12).

So, yes, God gets angry, which is why God needs to pray for mercy. Otherwise, humanity would be obliterated in divine rage. (It nearly happened in the time of Noah.) But, the Talmud notes, God’s anger is exceedingly short. God masters anger in a fraction of a second — literally. The Talmud says God overcomes anger in “1/58,888th of an hour” (about 1/1000th of a second). So apparently prayer really helps. 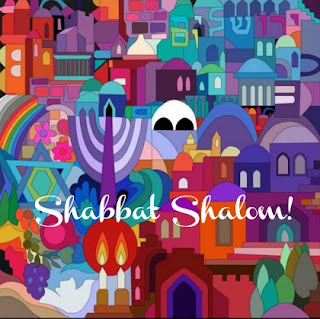