The Bridges of Christian Menn

Tabula Rasa, Volume 1: John McPhee is, and always will be, Abq Jew's most favorite writer.


For those of you, Abq Jew's loyal readers, who may not know of Mr McPhee or his work, Wikipedia tells us:


John Angus McPhee (born March 8, 1931) is an American writer, widely considered one of the pioneers of creative nonfiction.

He is a four-time finalist for the Pulitzer Prize in the category General Nonfiction, and he won that award on the fourth occasion in 1999 for Annals of the Former World (a collection of five books, including two of his previous Pulitzer finalists).

In 2008, he received the George Polk Career Award for his "indelible mark on American journalism during his nearly half-century career".

Since 1974, McPhee has been the Ferris Professor of Journalism at Princeton University.


a genre of writing that uses literary styles and techniques to create factually accurate narratives. Creative nonfiction contrasts with other nonfiction, such as academic or technical writing or journalism, which is also rooted in accurate fact but is not written to entertain based on prose style.

John McPhee's writing reads like a novel (or plays, Abq Jew would suggest, like a symphony) but imparts facts (unlike a novel, which imparts truths). Or, in other words - 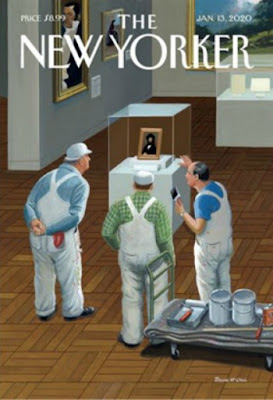 And John McPhee often tells them in The New Yorker - as he did for the issue of January 13, 2020.

An item of Personal History, Tabula Rasa, Volume One is the beginning (of course) of Mr McPhee's reminiscences about all the great writing he just never got around to. Some works not completed; many others not even started. Which are now, says Mr McPhee,


Abq Jew knows exactly what John McPhee is talking about. But - did you know that Abq Jew, at one time, many, many years ago, was planning (and studying) to become a Civil Engineer?

John McPhee can write about bridges - or any other seemingly dry topic - with such joie de vivre that you'll become bridges' (and John McPhee's) biggest fan.

All the words below (that is, until the *) are John McPhee's, as published in The New Yorker. The images of bridges are all from the Internet, of course. Please, copyright lawyers, consider this fair use - or even a free promotion!


The Bridges of Christian Menn

Sinuous, up in the sky between one mountainside and another, the most beautiful bridge I had ever seen was in Simplon Pass, on the Swiss side. It fairly swam through the air, now bending right, now left, its deck held up by piers and towers, one of which was very nearly five hundred feet high.


A bridge I saw in Bern, also in stressed concrete, was strikingly beautiful and reminded me of the one at Simplon. I was in Switzerland through the ­autumn of 1982, having arranged to accompany in its annual service the Section de Ren­seignements of Battalion 8, Reg­iment 5, Mountain Division 10, Swiss Army.

When I returned to Princeton, toward the end of November, I couldn’t wait to see my friend David ­Billington, a professor of civil engineering, who was absorbed by the art in engineering and the engineering in art.


Breathlessly, and pretty damned naïvely—thinking I was telling him something he might not know—I said I had seen a bridge at Simplon Pass that was a spectacular work of art and another in Bern that reminded me of it. Puzzlingly, because he wasn’t speaking in print, he said,


“They are bridges of Christian Menn.”

Christian Menn, he explained, was a Swiss structural engineer unparalleled in the world as a designer of bridges. Moreover, Bil­lington continued, he had a remarkable coincidence to reveal, given where I had been and what I had seen.

While I was with the Swiss Army and admiring the structures of Christian Menn, he, Billington, had presented at the Princeton University Art Museum an exhibit of scale models of the bridges of Christian Menn. He’d be happy to show me the models. 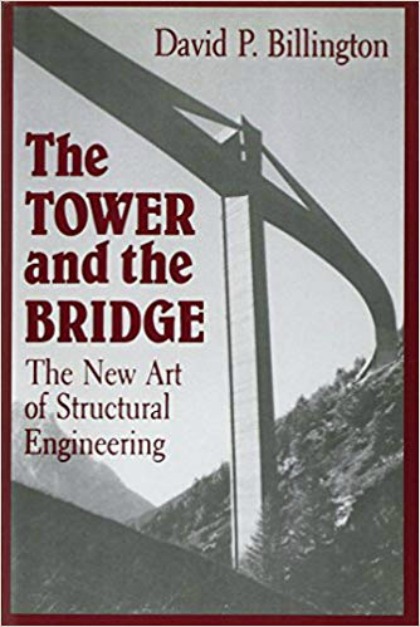 Shortly afterward, Billington published a book called “The Tower and the Bridge: The New Art of Structural Engineering,” with a picture of the Simplon bridge on the dust jacket. He brought Menn to Princeton to lecture on—what else?—bridges.

Menn was a professor of structural engineering at the Swiss Federal Institute of Technology, in Zurich, where Albert Einstein got his diploma in math and natural sciences, where the mathematician John von Neumann got his in chemical engineering, and where the Chinese-­born paleoclimatologist Ken Hsü got his umlaut.

Menn’s Felsenau Viaduct, in Bern, was scarcely eight years old when I first saw it, his bridge at Simplon only two.


In years that followed, I would come upon the Bunker Hill Memorial Bridge, over the Charles River, in Boston, pure magic with its optical pyramids of cables coming down from its towers directly to the deck (a so-called cable-­stayed bridge), and the soaring Sunniberg Bridge, in the canton of Graubünden, and more bridges designed by Christian Menn.


He finished his lecture at Princeton with blueprints and conceptual drawings of the bridge of a lifetime, an old-man project outdoing the plays of Lope de Vega or jumping out of airplanes.


This was a cable-stayed suspension bridge crossing the Strait of Messina, between Sicily and the Italian mainland.


At two miles, its central span would be the longest in the world, three-quarters of a mile longer than the span of the incumbent, the Akashi-Kaikyo Bridge, in Japan, which connects Kobe with an island in Osaka Bay.

Back in the day, the Roman Republic developed plans for a bridge across the Strait of Messina. The Repubblica Italiana may get around to it in two or three thousand years.

Having conceived of the largest bridge in the world, Menn went on to compete for one of the smallest.

Prince­ton University was completing a group of four science buildings, two on either side of Washington Road, which belongs to Mercer County and bisects the Princeton campus in a dangerous way. The danger is to drivers who might run over students, who, staring into their phones, characteristically ignore the heavy traffic, not to mention the traffic lights, and seem to look upon Washington Road as an outdoor pedestrian mall.

The four buildings house the labs and classrooms of Physics and Chemistry, on the east side of the road, and Genomics and Neuroscience, on the west. A footbridge would, among other things, save lives. This was not a rialto over Monet’s lily pads. Crossing the fast vehicular traffic, it had four destinations.


Professor Billington offered the university an immodest suggestion. Since the footbridge design was in such need of an elegant solution, why not engage one of the greatest bridge designers in the history of the world?

The university said that if Billington’s Swiss friend was interested in the job he would have to enter a competition like everybody else. Menn was interested in the job, and he took part in the competition. Oddly, he won. His footbridge is shaped like a pair of “C”s back to back: )(. The two sides flow together at an apex over the road, and its four extremities diverge, respectively, to Neuroscience, Genomics, Physics, and Chemistry.


For every time I cross that bridge on foot, I cross it about a hundred times on my bicycle. More often than not, as I go up and down its curves, I am reminded not only that this wee bridge—along with the Ganter Bridge, at Simplon, and the Felsenau, in Bern, and the Sunniberg, in Graubünden, and the Bunker Hill Memorial, in Boston—is one of the bridges of Christian Menn but also that I have never written a lick about him, or about David Billington, or a profile of Bil­lington containing a long set piece on Menn, or a profile of Menn containing a long set piece on Billington, or a fifty-fifty profile of them together, which I intended from my Swiss days in the Section de Renseigne­ments through the decades that have followed.

David Billington died in 2018, as did Christian Menn. 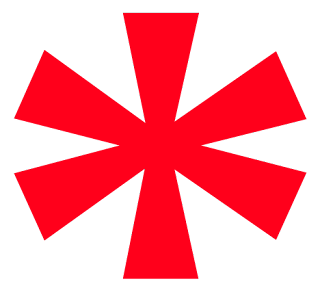 In the unlikely event that you, Abq Jew's loyal readers, are searching for something really Jewish in this blog post (John McPhee is not, alas, a MOT) - here is what Wikipedia has to say about the naming of the Leonard P Zakim Bunker Hill Memorial Bridge.

Originally, Massachusetts Governor A. Paul Cellucci sought to name it the "Freedom Bridge". In 2000, however, local clergy and religious leaders, including Cardinal Bernard Francis Law, requested the Zakim name shortly after Zakim's death from myeloma.

Although Cellucci agreed to the naming, community leaders from Charlestown objected to the name as they felt that since the design reflected the nearby Bunker Hill memorial, it should be named the "Bunker Hill Freedom bridge".

Allegations of antisemitism were leveled against members of the mostly white, Irish Catholic community as reasons for resistance to the Zakim name, based on some comments quoted in the Boston Globe.

Several local neo-Nazis also complained about the honor for Zakim and launched an unsuccessful petition drive to drop his name from the Bunker Hill one (the petition needed 100 signatures to be reviewed by the Massachusetts State Legislature and only 20 people signed it).

In response, several community leaders spoke out against the allegations in a press conference, stating that the claims, made by Professor Jonathan Sarna, were his alone and did not reflect the community's historical (not racial) basis of favoring the "Bunker Hill" name, though they dodged questions about the false claim that no Jews had fought in the battle of Bunker Hill.

Eventually a compromise between the Boston City Council, the Massachusetts State Legislature and community activists brought about the current name. As with the Hoover Dam, different communities call the bridge by different colloquial names. 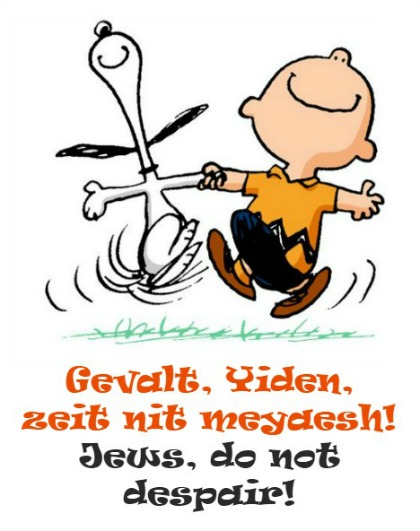