A Virtually Virtuous Banjo Virtuoso: Abq Jew's choice - for President of the United States in 2020 - has now been made. And that choice is - 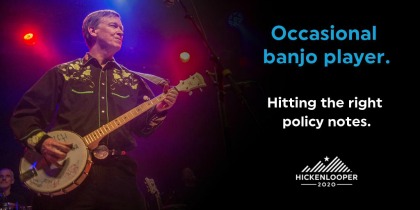 John Hickenlooper has hit all of Abq Jew's policy notes, from A to G. G#, actually. Gov Hickenlooper, Abq Jew has discovered, is


for some things and against others.

Which things? Abq Jew is not really sure; but it doesn't really matter. That's because:

Alexandra Petri, The Washington Post's "columnist offering a lighter take on the news and opinions of the day," has done us all the immense favor of ranking all the [presidential] campaign logos of 2020.

No, not this logos:

It became a technical term in Western philosophy beginning with Heraclitus (c. 535 – c. 475 BC), who used the term for a principle of order and knowledge.

And not that lego, either.


Lego (/ˈlɛɡoʊ/ LEG-oh, Danish: [ˈleːko];[1][2] stylised as LEGO) is a line of plastic construction toys that are manufactured by The Lego Group, a privately held company based in Billund, Denmark.

The company's flagship product, Lego, consists of colourful interlocking plastic bricks accompanying an array of gears, figurines called minifigures, and various other parts. Lego pieces can be assembled and connected in many ways to construct objects, including vehicles, buildings, and working robots. Anything constructed can be taken apart again, and the pieces reused to make new things.

The Lego Group began manufacturing the interlocking toy bricks in 1949. Movies, games, competitions, and six Legoland amusement parks have been developed under the brand. As of July 2015, 600 billion Lego parts had been produced. 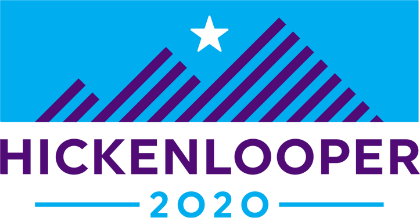 
There is a lot going on here. It looks like at the brainstorming session that led to this logo, they said, “Everyone just throw out suggestions! There’s no such thing as a bad idea! We’ll winnow them down later!” and then they forgot the second part.

So the result is a logo that looks as though a star appeared and led to … Colorado! Where there were either mountains or a set of blue stairs that had fallen over. And also it was 2020! But, hey, I’d drink a beer with this logo.

Hickenlooper 2020: No Bad Ideas in Brainstorming! 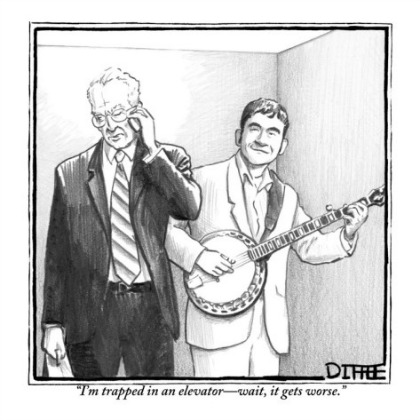 But bagpipes? That's a whole other story. So please let Abq Jew leave you with a video of exactly what and for whom you've been waiting since January (see Kudos and Bagpipes).

Our Attorney General. On bagpipes.


Thank you, Emily Tillett of CBS, for covering this important story.


Attorney General William Barr took a break from his day job to showcase one of his hidden talents during an event with U.S. attorneys. Seated on stage Wednesday during the Justice Department event, the nation's top law enforcement official disappeared behind a curtain as a group of Pipes and Drums bagpipers from the New York Police Department, the Emerald Society, assembled in front of the auditorium stage.

Barr re-emerged onstage and tucked a bagpipe under his arm as the crowd of government attorneys laughed and applauded. A low drum beat sounded and the traditional bagpipe march "Scotland the Brave" began with Barr joining in. The crowd gave him a standing ovation at the end of the performance. 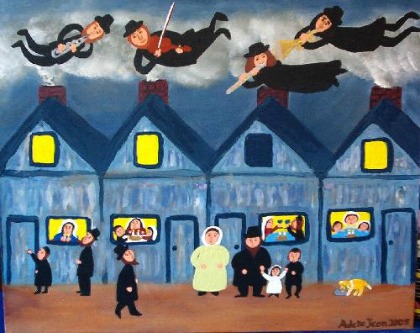 Did you know?
"Scotland the Brave" is a great tune for "Adon Olam."
Go ahead - try it! 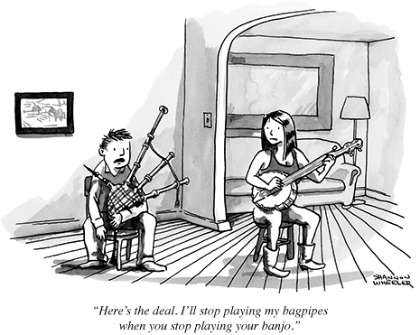