Just Because: Now that we have arrived in the month of Sivan, we know that the Festival of Shavuot is only days away. 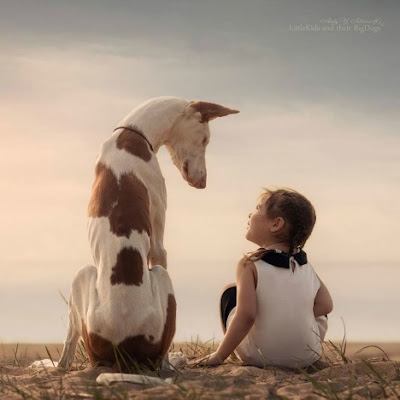 As we approach the Time of Torah-Giving, we take time to pause for deep reflection. What is The Meaning of Life? How can we connect more completely - with Our Creator, and with our Fellow Man? In our tradition, Shavuot is known by many names - perhaps most importantly in this age of Google and Alexa and quickly-answered questions, זמן מתן תורתינו, the Time of Torah-Giving.

But just how many מצוות ('commandments'), Abq Jew hears you ask, were actually given at Mount Sinai? The short answer (long answer here) is:

So where, Abq Jew hears you ask, did the remaining 603 (give or take) mizvot come from? Along with all the stories? How about the stories? 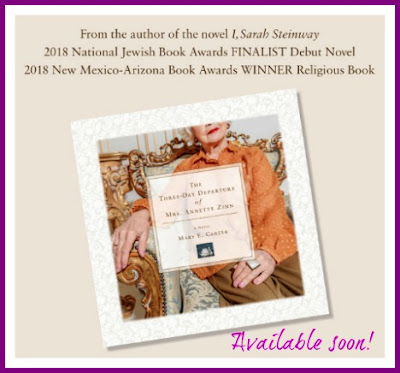 One of Abq Jew's favorite New Mexico writers (we New MexiJews have more than a few) Mary E Carter (see And Sarah Steinway Laughed, et al) has written a new novel - The Three-Day Departure of Mrs Annette Zinn - which may soon be available! Perhaps this month!

It's hard to tell exactly when Mrs Annette Zinn will be out because it's currently in production. Which, it turns out, is the answer to Abq Jew's question about the extra commandments and the stories. Oh, the stories! 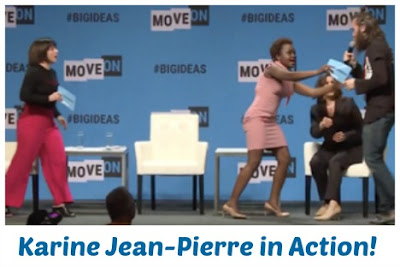 Here's another good story from this week. ICYMI - MoveOn's Karine Jean-Pierre blocked Senator Kamala Harris from a male protester who jumped on the event stage Saturday at a San Francisco forum.

Or, as Stinky The Clown put it on DemocraticUnderground.com:


At a Move-on candidate event a kook jumped on stage and pulled the mic out of the candidate's hand. He started talking about what he "wanted to talk about". The candidate, rightly so, gave up the mic and slowly moved away from the kook.

Meanwhile, Ms. Jean-Pierre, Move-on's Public face, put herself between the kook and the candidate. Clearly the act was not without risk. But this woman just plain took charge.

Karine Jean-Pierre is a frequent TV presence, but is now also a genuine Badass Woman. 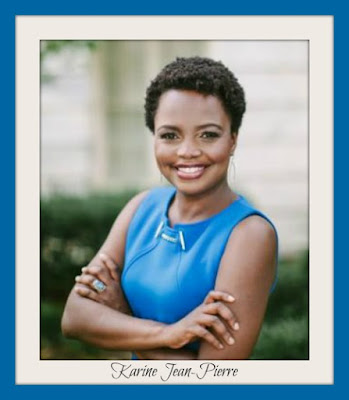 You, Abq Jew's loyal readers, may recognize KJP from MSNBC.


Karine Jean-Pierre's professional experience has ranged widely from presidential campaigns to grassroots activism, to local politics, to working in the White House.

Jean-Pierre is the Chief Public Affairs Officer for MoveOn and an NBC and MSNBC Political Analyst.

Jean-Pierre joined the Columbia University faculty in 2014 where she teaches a course at the[Graduate] School of International and Public Affairs (SIPA).

Where Mr & Mrs Abq Jew's beloved daughter (also a genuine Badass Woman) has gotten an A in a class with her!


But let's get back to the Festival of Shavuot and the Book of Ruth, which we Jews in חו״ל (the Diaspora) read on the second day of Yontif.

Such a nice love story! MyJewishLearning.com tells us:


There are many explanations given for the reading of Ruth on Shavuot. The most quoted reason is that Ruth’s coming to Israel took place around the time of Shavuot, and her acceptance into the Jewish faith was analogous of the acceptance of the Jewish people of God’s Torah. 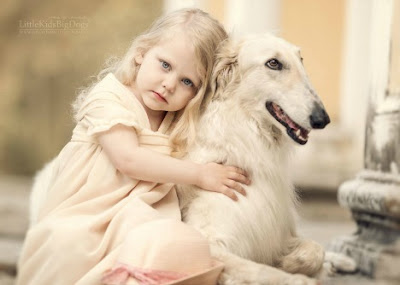 That's a good way to go into the Holiday, Abq Jew thinks.


The photos of little kids and their big dogs are by Russian photographer Andy Seliverstoff, from his recent project Little Kids & Their Big Dogs. 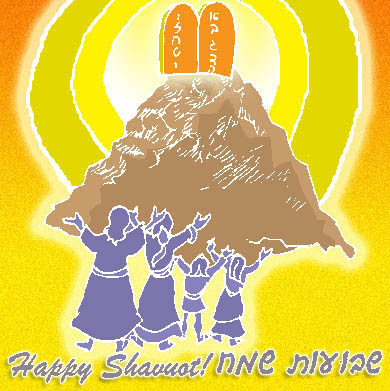