Visions of the Hispanic World

Through March 31: Although it's been a while (see 2013's Western Landscapes) since he blogged about it, Abq Jew is a big fan of the Albuquerque Museum.

The Museum's current exhibition is

Visions of the Hispanic World
Treasures from the Hispanic Society Museum & Library
November 10, 2018 to March 31, 2019 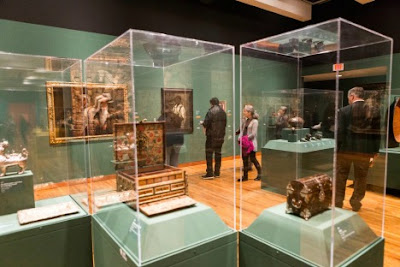 Have you seen this exhibition yet? If you haven't (or if you have), here is our own Metalhead Mayor Tim Keller sitting down with Albuquerque Museum’s Director Andrew Connors to discuss 'Visions of the Hispanic World'.


It's been a few weeks since Abq Jew visited the exhibition. And he certainly agrees with the Albuquerque Journal that

On the heels of the resounding success of “Da Vinci – The Genius” at the New Mexico Museum of Natural History and Science, another Albuquerque museum is making a big splash with an exhibition celebrating 3,000 years of Spanish art and culture.

The Albuquerque Museum is the first stop in the U.S. for “Visions of the Hispanic World.” The historic collection features 200 items from the Iberian Peninsula such as paintings, sculpture and illuminated manuscripts – including a letter from Queen Elizabeth I to King Philip II of Spain, a Hebrew bible, ceramics, fiber and jewelry.

Highlights include everything from the romantic images of Francisco de Goya to prehistoric vessels, works by El Greco and the works of Spanish Golden Age painter Diego Velásquez. 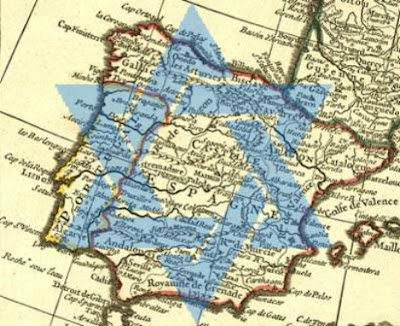 The collection is, indeed, magnificent. It is, most definitely and without a doubt, worth your visit. But Abq Jew (just like you, he is sure) wanted to know -


How About the Jews in Sefarad?

Abq Jew spent a lot of time looking around the exhibition (and examining the Gallery Guide), and here is the singular object that he found. 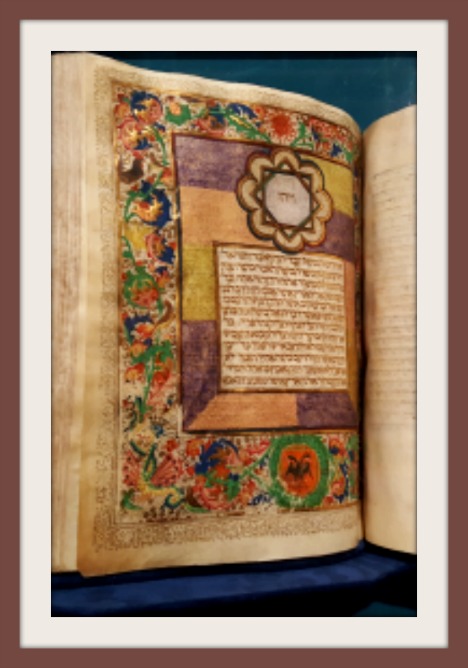 This illuminated Hebrew Bible is remarkable in many aspects and is considered one of the most impressive examples of this distinguished cultural tradition.

We can trace the history of this Bible and its whereabouts almost from the moment of creation up to the modern day.

The Bible was written and decorated in Spain, probably after 1450, and subsequently made its way to Portugal around 1492 upon the expulsion of the Jews from Spain. Eight illuminated folios were added in Portugal between 1492 and 1497.

The manuscript left Portugal following the expulsion of the Jews in 1497, eventually ending up in the possession of the Rossilho family who presumably fled Portugal after the decree issued by King Manuel I of Portugal in 1496.

From a manuscript note written on one of the flyleaves, we know that the Rossilho family had arrived in Pisa from Fez.

Finding themselves in financial hardship, the Rossilhos sold the manuscript in 1618 to Jacob Curiel (Duarte Nunes da Costa, 1585–1664), a Marrano (Christianized Jew) born in Lisbon, whose family left Portugal in 1609 to avoid persecution.

Jacob Curiel, a wealthy merchant and the author of the note in the manuscript, first settled in Florence, then Amsterdam, and finally Hamburg where he later served as the agent of the Portuguese crown until his death in 1664.

The lavishly gilt-stamped, red leather binding was executed in Rome in the early 17th century around the time of its purchase.

The illuminations and decorated initials are what truly set this manuscript apart from other Hebrew Bibles.

The text is preceded by ten decorative folios which list the verses in the books of the Bible, all surrounded by filigree decoration in mauve and gold, within a filigree gold frame. The last prefatory folio bears a depiction of a menorah.

The text itself is decorated throughout with resplendent gold initials or initial words.

The eight full-page Renaissance-style illuminations executed in Portugal interspersed throughout the Bible all have the same basic layout: two wide painted borders enclosed around the outer edge by lace-like filigree, all creating a central focus of space for the Biblical text.

The exterior borders are filled with leafy branches and are inhabited by all manner of animals, both real and imaginary: snails, owls, a parakeet and other exotic birds, a lion, dragons, and, most frequently, a peacock. 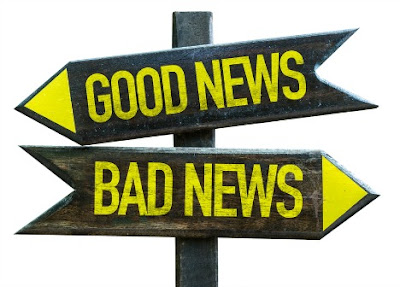 The Good News here is that
seeing this Hebrew Bible IRL is way much better than seeing it in the photo that Abq Jew surreptitiously took at the Museum.

The Bad News here is that
either way, you only get to see one page of this Hebrew Bible. It's a really beautiful page; but it's only one page. 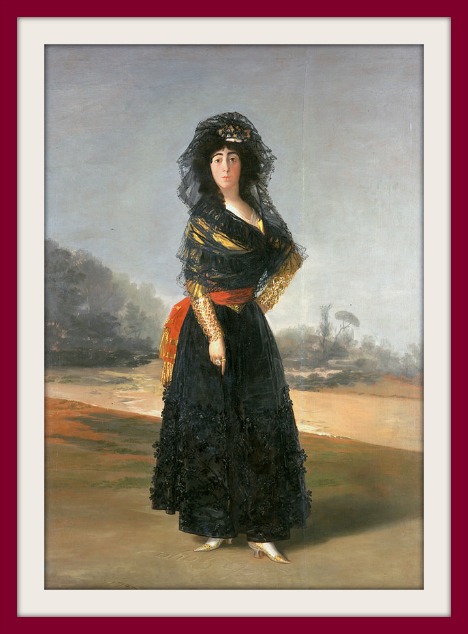 Nevertheless; by all means, go.
The Duchess of Alba will thank you.

As will master santero Charlie Carrillo (see 2016's Santos and the Jews), who here shares centuries of cultural connections.


“What history books lose is that personal
connection people have to a personal past.”