Leafing Out the Family Tree: People often ask Abq Jew how he manages to find so many long-lost relatives on his Family Tree. 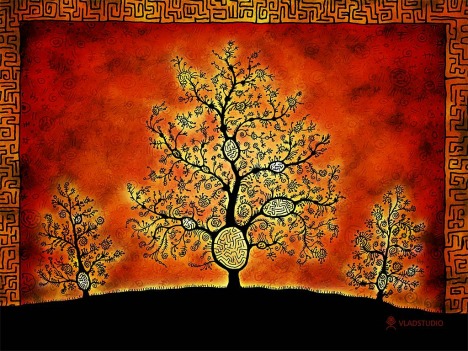 Actually, almost nobody asks. But just in case someone should ask sometime, Abq Jew offers this wonderfully interesting and entertaining Not Strictly Genealogy Methodology.

With real-life examples, except that all the names have been changed to protect Abq Jew's family from the world's inherent nosiness, even though no one involved seems to run from publicity. But with enough details so Abq Jew's family will know he has at last found them.

It is only through that semi-adoption that Abq Jew's father acquired the current family name; therefore, except for our small branch of the Tree, we are not related to anyone else with that name.

But we are related - by blood! - to Abq Jew's biological grandfather, whom Abq Jew shall here and henceforth call Robert Beachwood.

The family hasn't heard a peep out of Mr Beachwood since he and Grandma split up in the 1930s. And, of course, nothing from any other of the Beachwoods, who may or may not have been aware of Abq Jew's father's existence.

Heck, they may have not been aware of Robert Beachwood's existence. Abq Jew has seen this all too often: Older siblings are up and out of the house (especially in large families) before younger siblings are even born. So everyone loses touch. 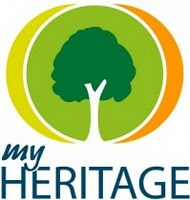 So, as Abq Jew has mentioned before (see Starting With Aunt Bea), he started with the 646-leaf Family Tree that his father left him when he passed in 2007. Which provided Smart Matches (TM) to more leaves - including a few Beachwoods.

This is approximately where Abq Jew started looking.

The first problem was: there are too many Beachwoods out there. And the second problem? Some of the family had spelled their name Beechwood, with a double-e. Good luck finding anyone. 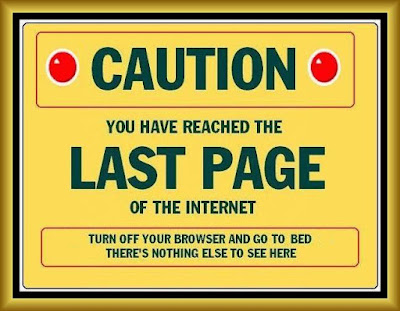 So Abq Jew did what (he believes) anyone in his situation would have done. 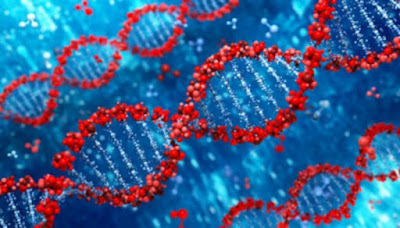 Nothing happened. For years.

And then, in July 2017, MyHeritage sent Abq Jew an email saying he had some new DNA matches. Abq Jew looked; and among them was one

Yes, Abq Jew had spit into the tube and sent it in a few years ago. Nothing much had happened, and Abq Jew sort of figured nothing much ever would happen. And then, all of a sudden ...


Abq Jew had found his family!

Just to be sure, Dave and Abq Jew exchanged a few emails and figured out that the Beachwoods in Abq Jew's Tree were indeed the Beechwoods in Dave's family. Dave was sure that his Uncle Don Beechwood would know more ... and then Dave just sort of went silent.

Which is where 23andMe steps in. Back when Abq Jew sent MyHeritage his spit, MyHeritage and 23andMe were partners. Then they split the spit, MyHeritage started its own DNA service, and Abq Jew's DNA data were (not was!) shared with both.

So Abq Jew went to 23andMe's website and expanded his search for DNA matches.

23andMe reported a potential match with a Barry S, who Abq Jew immediately figured must be his Beachwood-family relative "Barry Sherwood."

He wasn't. But Barry and Abq Jew had a wonderful talk about the whole Beechwood clan and how we were all related to Billy Joel (see Fame, Fortune, and Four Wives). 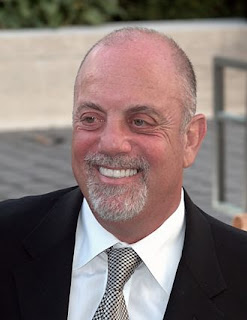 Barry told Abq Jew a wonderful Billy Joel story, and then started to talk about Uncle Don Beechwood. Who, it turned out, is a famous Talent Agent.

With an even-more-famous primary client, whom Uncle Don had represented since the beginning of both of their careers, and whose name you would surely recognize if Abq Jew told you who it is.  So let's just say it is David Letterman. But it's not.

Anyway, Barry told Abq Jew that his cousin, Ivy Redstone (not her real name), knew a lot more about the Beechwoods than he did (have we heard this story before?). So Abq Jew contacted Ivy.

And a few weeks later he and Ivy had a wonderful telechat, talking about the whole Beechwood (and not-really-Beachwood) family. Ivy also mentioned that Uncle Don would know a lot more about the Beechwoods than she does.

And so Abq Jew found Laura Beechwood on Facebook. 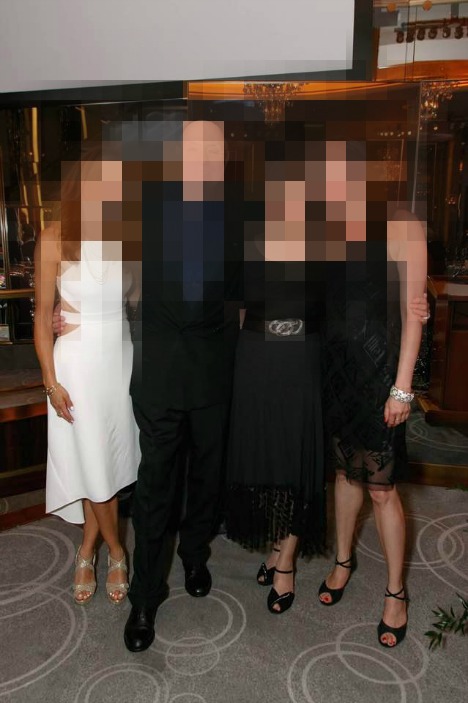 He knew it was her (that is, the right Laura Beechwood) because of a photo on her Timeline of Uncle Don & Aunt Maggie & daughter Julia & daughter Laura. (Yes, Abq Jew was able to recognize them from other photos he'd seen. They're sorta famous.)

Underneath the photo in Laura Beechwood's Timeline was a comment from someone named (NOT!) Susan McNeil.


Who the heck is Susan McNeil?

So Abq Jew went to Susan McNeil's Facebook page. Sure enough, she is Facebook Friends with all the right Beechwoods.

So Abq Jew immediately knew that Susan must be the daughter of Uncle Don's brother Alexander. Because Abq Jew already knew most everyone else's family; Uncle Alexander was the only sibling left with no known (to Abq Jew) family.

Then Abq Jew spotted, on Susan's Timeline, a couple of photos with the caption

Who, Abq Jew asked himself, could Susan's brother be except Stephen Beechwood?

Among Susan's Facebook Friends were two young kids with Beechwood last names, who live in Newton, Massachusetts. Not much information on their Facebook pages. So Abq Jew Googled them. 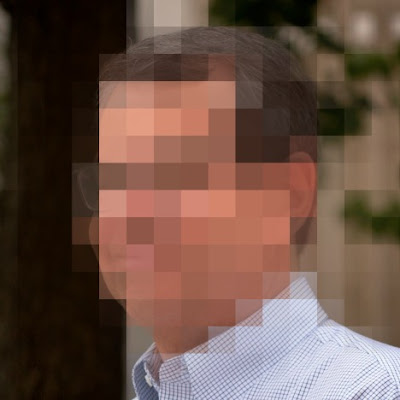 
He is known for his involvement in the development of the Beechwood-Hartwig amination and the discovery of the dialkylbiaryl phosphine ligand family for promoting this reaction and related transformations.

He was elected as a fellow of the American Academy of Arts and Sciences and as a member of the National Academy of Sciences in 2000 and 2008, respectively.

Well, this was certainly interesting. But was his father Alexander Beechwood? Alexander, who would be in his 90s now - if he's still alive?

So Abq Jew Googled "alexander beechwood obituary." And found ... no obituary! Mazeltov! Until 120! But he did find a genealogical record on Ancestry that listed Alexander Beechwood with children Stephen L and Susan E.

And of what great institution of higher learning was Alexander Professor Emeritus?

Yes, Bloomington, Indiana. Where the famous Stephen L Beechwood was born. Now, this is not like a sworn & notarized affidavit - but it works for Abq Jew! 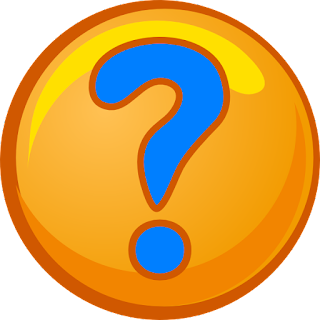 
Is this really genealogy, "the study and tracing
of lines of descent or development"?

In what is left, after all these years, of Abq Jew's mind, the answer is -


No, this is not strictly genealogy, which tends to utilize official, government-issued documents to look back and discover where people came from and who they were.

Now, Abq Jew loves government-issued documents as much as the next guy. But Abq Jew tends to use (also) less formal means to look forward, to see where people ended up and who they are now.

Which is how Abq Jew has leafed out
much of the Beechwood Family Tree.

The fun part in doing genealogy, even Abq Jew-style, has been finding long-lost members of the Beachwood family and introducing them to each other.

But the best part, so far, was when Abq Jew was able to connect with Alexander Beachwood on the telephone and hear him say that he remembered Abq Jew's father, "Cousin Dickie."

The stories that Abq Jew's father and grandmother had always told him were true. They really happened. 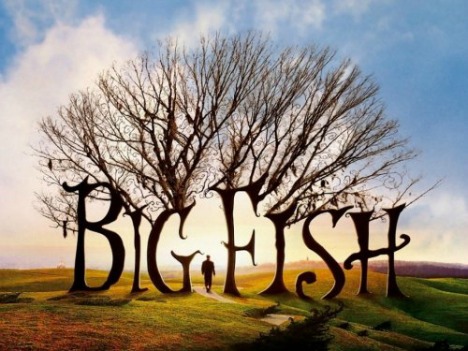 It's sorta like the ending of Big Fish, one of Abq Jew's favorite movies (Tim Burton, wouldn't you know). All the stories that Edward Bloom has told his son Will ... turn out to be true. And Will meets all the characters ... at his father's funeral.

But Abq Jew's story continues. Abq Jew looks forward to (soon!) contacting more of his Beachwood family - really, just to say hi. And, of course, to find out 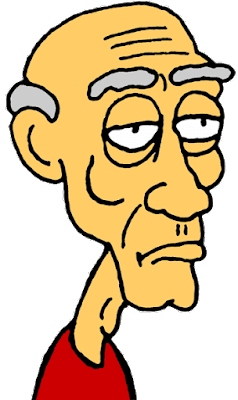 What ever happened to Old Grandad?
After all these years, no one seems to know. 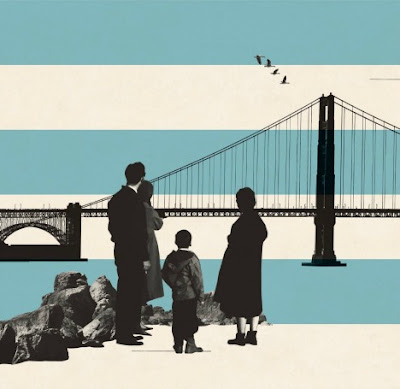 As for Abq Jew's children and grandchildren - his work is really for them.

The concept is useful because it helps announce a certain kind of loss: 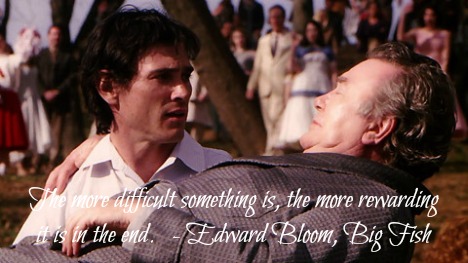 the moment when the lessons that cannot be captured in the record disappear.