Ah, Kishka! Yes, Abq Jew is old enough and Northeastern enough to remember kishka - but he hasn't had it for years, even (why? don't ask) on his occasional visits to the Old Country. And certainly not during his years in the Land of Enchantment. 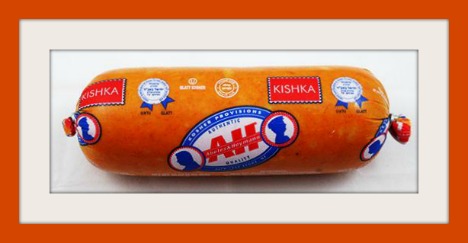 For those too young or too Southwestern to remember -

The dish is popular across Eastern Europe as well as with immigrant communities from those areas. It is also eaten by Ashkenazi Jews who prepare their version according to kashrut dietary laws. The name itself is Slavic in origin, and literally means "gut" or "intestine."

And in Jewish cuisine -


Kishke, also known as stuffed derma (from German Darm, "intestine"), is a Jewish dish traditionally made from flour or matzo meal, schmaltz and spices. In modern cooking, inedible synthetic casings often replace the beef intestine. Kishke is a common addition to Ashkenazi-style cholent.

The stuffed sausage is usually placed on top of the assembled cholent and cooked overnight in the same pot. Alternatively it can be cooked in salted water with vegetable oil added or baked in a dish, and served separately with flour-thickened gravy made from the cooking liquids.

Things are different now.
Abq Jew is happy to introduce ~ 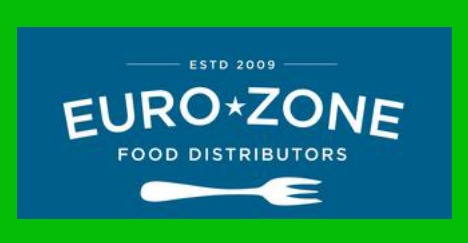 Now, Abq Jew firmly believes that the kosher Jewish communities of New Mexico should support any and all food outlets that ... well, that support us.


Abq Jew is so happy he could do a ... polka!
Here's Ed Goldberg and the Odessa Klezmer Band!

And as long as we're talking klezmer, don't forget ~ 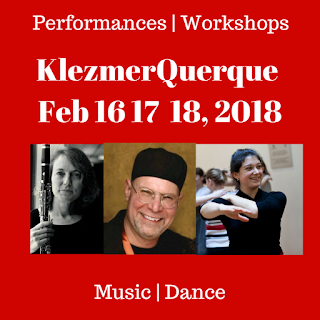