Incidents Against Jews Rise in NM

Abq Jew in the News Again, Twice: That one (thank God, only one!) incident against Abq Jew took place almost a year ago (see You've Got Hate Mail!), but its effects still reverberate.


On November 2, Abq Jew published Anti-Semitic Incidents Surge in 2017, which summarized and expanded upon the ADL's third-quarter report. 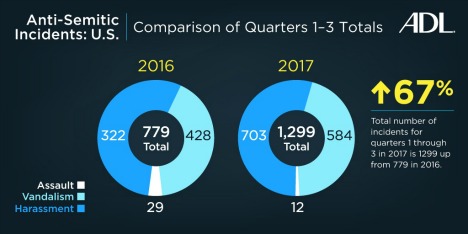 Abq Jew truly thought that that was the end of it. But the topic of anti-Semitism, like the ... thing itself, never seems to go away.

Thus: After he and Abq Jew spoke at some length earlier in the week, The Santa Fe New Mexican's Bruce Krasnow on December 31 published Group: Incidents against Jews rise in NM, which begins:


A swastika found in a restroom at Los Alamos National Laboratory, bomb threats at a Jewish center in Albuquerque and electronic hate mail sent to a New Mexico blogger were some of the anti-Semitic incidents reported in 2017 by the Anti-Defamation League.

The group tentatively reports a 67 percent increase nationwide of anti-Semitic incidents in 2017, almost 1,300 cases total, with a final report expected in early 2018. The Mountain States Region, which includes Colorado, New Mexico and Wyoming, also saw an increase, the organization reported. 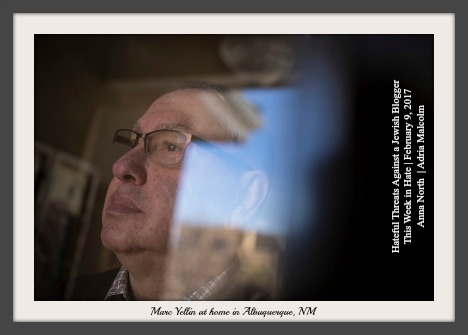 And yes, there was a long segment on Abq Jew's experience:


One of those targeted was Albuquerque blogger Marc Yellin, who publishes AbqJew.net, a website with events and commentary on Jewish life.

In February, he opened a contact form from a website reader to see specific threats of harm, ethnic slurs and the name of William Pierce, the founder of a white nationalist organization.

Yellin, who moved to New Mexico seven years ago with his wife, was at first fearful. “I checked the home security and was more aware of who was walking behind me,” he said.

But he also contacted the Anti-Defamation League, which in turn filed a report with local police and the FBI. He spoke about the incident to The New York Times, which published his account in February, titled “This Week in Hate.”

Yellin said the media attention has been positive in that he has been in contact with others who were attacked, and they have encouraged him to keep publishing.

“The one good thing that came out of this is I was able to meet a whole lot of people who care about anti-Semitisim and care about hate crimes, and we all support each other. The message that I have sent out and I have received is to keep doing what we’re doing,” he said.

Yellin doesn’t see his blog as political or controversial — he focuses on calendar events and profiles of people and events in the Jewish community around Albuquerque and elsewhere in New Mexico.

But he said he thinks the new administration of President Donald Trump has emboldened all racists and that crimes will continue to increase.

“I think he made it more permissible to express and act out on anti-everybody feelings,” Yellin said. 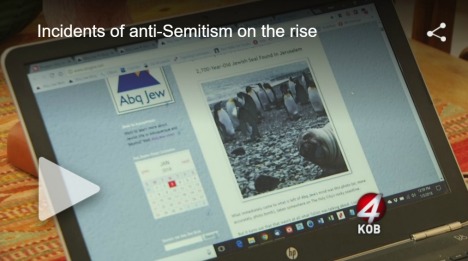 And just yesterday, KOB TV4's Kassi Nelson interviewed Abq Jew for television. And for the web: Incidents of anti-Semitism on the rise, which begins:


For Marc Yellin, writing is an outlet. He began to do it more frequently seven years ago when he and his wife moved to Albuquerque from the East Coast. That’s when his blog and website ABQ Jew were born.

His content focuses on connecting Jewish people to Albuquerque. Yellin said he usually receives positive feedback. But last year he opened up his inbox to find not one, but two terrifying messages.

"This one hit all the buttons in terms of hate speech and things that you never want to see online," he said.


Yellin said while the numbers are discouraging since the messages of hate were made public, he’s only received love in return.

"Phone calls, emails, everything. Everything was supportive," he said. 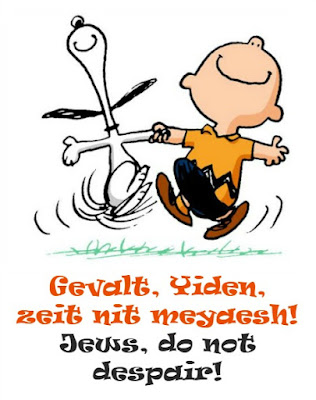 And now - the TV interview.