What Does It Mean? Abq Jew bets you, his loyal readers, were kvelling too when Tablet Magazine (among many, many others) reported that 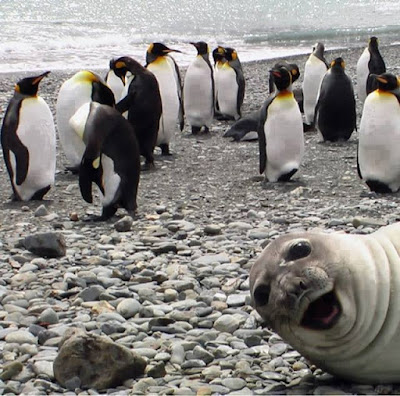 What immediately came to what is left of Abq Jew's mind was this photo (or, more accurately, photo bomb), taken somewhere on The Holy City's rocky coastline.

But it turns out that that wasn't at all what Tablet was talking about. Liel Leibovitz explains:


Earlier this week, Israeli archaeologists revealed a recently discovered 2,700-year-old clay seal impression, unearthed not far from the Western Wall and belonging, according to the inscription, to one of the governors of Jerusalem mentioned in the bible.

About as big as a small coin, the seal carries an inscription in Hebrew that reads “belonging to the governor of the city.” Having studied it, Hebrew University professor Tallay Ornan and Tel Aviv University Professor Benjamin Sass described the image it depicts:

“Above a double line are two standing men, facing each other in a mirror-like manner. Their heads are depicted as large dots, lacking any details. The hands facing outward are dropped down, and the hands facing inward are raised. Each of the figures is wearing a striped, knee-length garment."

Sorta like this (from The Japan Times, to give you an idea about how widespread was the reporting on this): 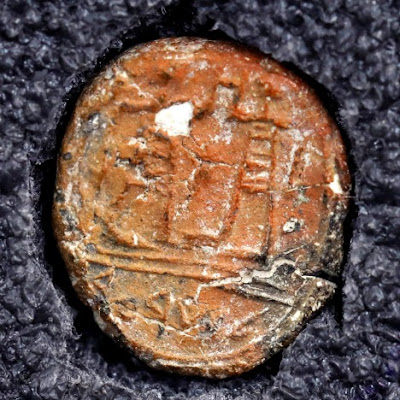 
What does this archaeological discovery mean?


The discovery, said Shlomit Weksler-Bdolah of the Israel Antiquities Authority, “supports the Biblical rendering of the existence of a governor of the city in Jerusalem” nearly three millennia ago. In 2 Kings, 23:8, Joshua is referred to as “the governor of the city,” a designation that recurs in 2 Chronicles, referring to Maaseiah.

It also supports previous theories that the site where the seal was discovered served as a regional administration center, as a seal was typically used to sign important documents and oversee transport and commerce.

The seal was ceremoniously presented to Jerusalem’s mayor, Nir Barkat, on Monday. “It is very overwhelming to receive greetings from First Temple-period Jerusalem,” Barkat said. “This shows that already 2,700 years ago, Jerusalem, the capital of Israel, was a strong and central city.””

But to Abq Jew (see An Email from John the Revelator), the newly-discovered seal can mean only one thing: 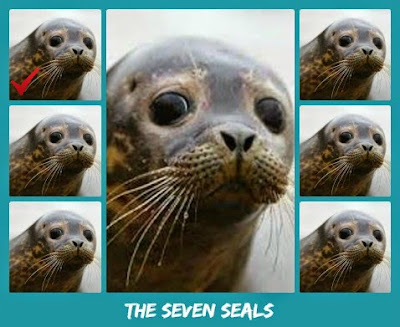 And so, although we weren't speaking about The Seven Seals, Abq Jew proudly re-presents John Herald's Jon the Generator, his famous reworking of the Blind Willie Johnson call-and-response spiritual Jon the Revelator.


Just to get us smiling in the New Year!