Great Courses @ OASIS:  Wonderful EOY 2015 news for our myriads of Nutkiewiczers, Pugachniks, Ellenists, and Citrinites (in addition to our countless Schultz, Rosenfeld, and Libman groupies).


OASIS Albuquerque has just announced
their Winter / Spring 2016 line-up of classes!
Registration opens on Wednesday January 6
but you can bookmark your selections now. 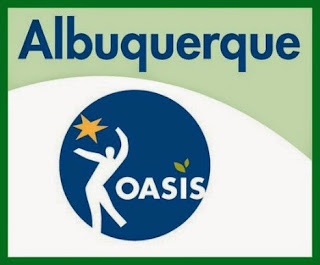 Welcome to 2016 and a fresh new OASIS catalog!

We continue to work enthusiastically to bring you new and interesting class offerings through our Lifelong Learning program. We’re fortunate to have returning instructors who consistently think of unique subjects for OASIS participants.

Thanks to class attendees who offer up new topics and instructors. We couldn’t do it without you and hope you’ll continue to feed those ideas to us.

Kathleen continues to make sure there are plenty of courses of Jewish interest. This session's courses and instructors include but are by no means limited to:

The Jewish Response: European, Palestinan, & American
Mon 1 Feb & Mon 8 Feb 2016 @ 10:30 am - #57
Instructor: Noel Pugach
What It Is: Having previously examined the role of Nazi Germany and the Bystanders, Noel Pugach now wrestles with the controversial topic of the response of Jews to the Holocaust. Did Jews do "enough" to rescue their brethren? What restraints on their activity did they face? On what basis can we judge their behavior? The class focuses on American and Palestinian Jewry.

Glückel of Hameln: An Exceptional 17th Century Woman
Thu 4 Feb 2016 @ 10:30 am - #58
Instructor: Michael Nutkiewicz
What It Is: Glückel of Hameln (1646-1724) was married at 14. After her first husband's death, she ran an international business while taking care of eight children. Her second husband bankrupted the business, leaving her penniless. Glückel wrote a testimony of her trials and tribulations and of her devotion to the Jewish faith. Hers is a rare diary from the 17th century. It describes war-torn Europe, women's role in commerce, and the inner life of a remarkable historical character.

History of the Mystery
Thu 18 Feb 2016 @ 10:30 am - #74
Instructor: Norma Libman
What It Is: Where did the mystery novel originate? This class traces the history of mystery stories, beginning with Edgar Allan Poe, and reacquaints you with some of your old favorites, such as Sherlock Holmes and Hercule Poirot (remember Nancy Drew and the Hardy Boys?). We will look at modern mysteries, too, and see how the new characters developed out of some of the old ones we read years ago.

This One's for You: Barry Manilow
Mon 22 Feb 2016 @ 1:00 pm - #81
Instructor: Jane Ellen
What It Is: Singer-songwriter and producer Barry Manilow (1943- ) is the voice behind numerous hit songs such as "Mandy" and "Even Now", as well as the genius behind countless commercial jingles (Like a good neighbor...I am stuck on Band-Aid...You deserve a break today). Never a favorite of music critics, Manilow's ardent fan base has nevertheless included entertainers as diverse as Frank Sinatra and Bob Dylan. In 2002, he was inducted into the Songwriters Hall of Fame.

Paul From a Jewish Perspective
Mon 14 Mar 2016 @ 10:30 am - #109
Instructor: Paul J Citrin
What It Is: If Judaism was the religion of Jesus, Christianity is the religion about Jesus. The rise and spread of Christianity was due to the apostle Paul's theological and evangelical talent. We will examine how Jews understand his ideas and accomplishments and where we see Jewish roots and major differences from Christianity.

Religious Monuments & Government Speech
Tue 29 Mar 2016  @ 1:00 pm - #34
Instructor: Andrew Schultz
What It Is: The First Amendment contains provisions relating to both religion and speech which may conflict with one another. These clashes are seen vividly when religious monuments like the Ten Commandments appear in public spaces. In this presentation, Andrew Schultz surveys the underlying constitutional principles involved in this debate. We also will consider whether the speech and beliefs of private individuals can be attributed to the government, and when the government is allowed to speak in its own voice.

The God I Believe In or Not
Tue 5 Apr 2016  @ 1:00 pm - #110
Instructor: Harry Rosenfeld
What It Is: Throughout our lives our belief in God changes and evolves including whether or not we even believe in a God. Using the example of Jewish beliefs in God through the centuries, our goal is to give you permission to examine your own beliefs and how you developed them. 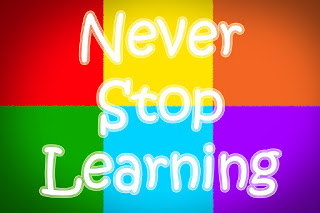