Every Year On The 19th of Kislev: Chabad of New Mexico / Albuquerque will be hosting a Friday night Shabbat dinner in honor of the "New Year for Chassidism".

For those of us outside the Lubavitcher Chassidic tradition, a bit of historical background may be in order. Abq Jew could have found numerous citations at Chabad.org; but here is what his old friend, Wikipedia, has to say.


The date is significant within the Hasidic movement. Rabbi Shneur Zalman of Liadi (Hebrew: שניאור זלמן מליאדי‎), the first Rebbe of Chabad (also known as the "Alter Rebbe" in Yiddish) was informed upon by a certain Avigdor and arrested on trumped-up charges of supporting the Ottoman Empire. 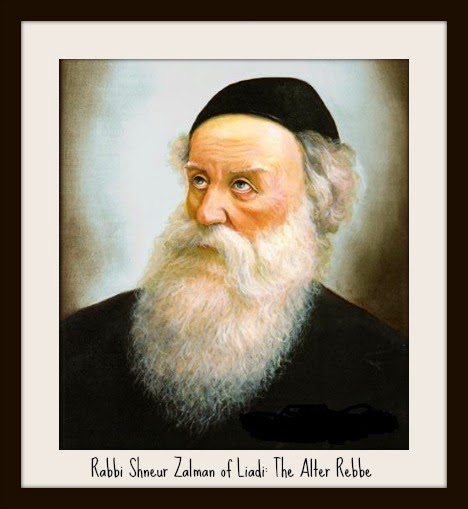 His informers pointed to the fact that he would urge his followers to send money to the Land of Israel as "evidence" of his alleged insurrectionist aspirations (in fact, the money was sent to support poor Jews). At the time, the Land of Israel was a part of the Ottoman Empire, which was at war with Russia.

That's nice, Abq Jew hears you say. But what does this mean to me today?


This day is regarded as a divine vindication of the Chabad movement, and has thus been celebrated ever since by Chabad Hasidim with joyous farbrengens. It is regarded as "the New Year of Chassidus (Hasidism)," when each Chassid wishes the other, "may you be signed and sealed for a good year in the study and ways of Chassidus."

"Whoever participates in my celebration will merit to see nachas from his descendants."

The day is also marked by many other non-Chabad Chassidic groups.

There was a time ... when Chassidism was not generally as accepted as it is today. Those who opposed Chassidism were call Misnagdim, which means "opponents." Whatever Chassidism came out for - the Misnagdim were against.

Anyway, here's an additional anecdote about the Alter Rebbe's liberation.


When the Alter Rebbe left prison he was mistakenly brought to the home of a Misnagid (one opposed to Chassidus), who caused him to suffer with his questions.

Afterwards, the Alter Rebbe said that the three hours he spent at the Misnaged’s home were more difficult than all the time he had spent in prison.

In commemoration of the fact that the Alter Rebbe's liberation was not complete until he left the Misnagid's house, Chassidim mark 20 Kislev as a day of liberation as well.

Now, one glance at Hebcal.com' will show us that the 19th of Kislev actually falls on Wednesday evening, December 10th. But who in New Mexico is free for a fabrengen on a weekday night?

And oh, by the way: Chabad of New Mexico / Albuquerque has a few other classes and events coming up, about which more later. 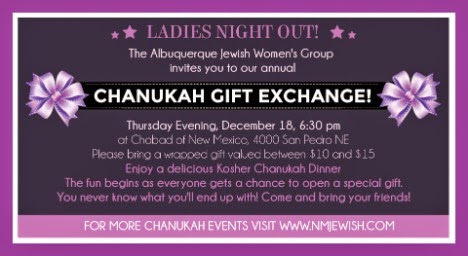 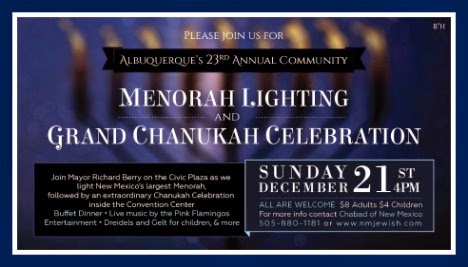