A Non-Swimmer Considers Her Mikvah

On Becoming Jewish After Fifty: To convert, the verb, you have to work. 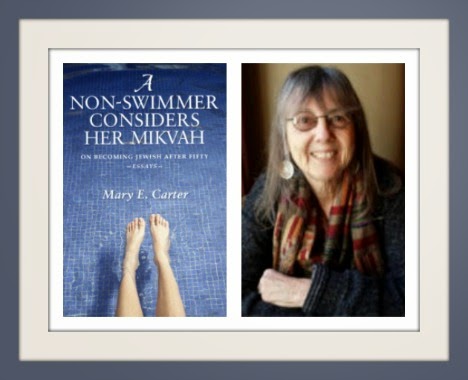 Thus says Mary E Carter in her new book, A Non-Swimmer Considers Her Mikvah: On Becoming Jewish After Fifty. She explains what she means by work:


First to find a teacher. No easy task when to even ask someone about entry into this Jewish world can be met with rejection; tactfully, or not so tactfully, a candidate may be turned away several times.

How does this work? One has to push.

There is writing about intentions before one even understands, what, exactly, those intentions are.

Meetings with a Rabbi to talk about, what? What kind of Jew you will be? Not an easy discussion when you have, at best, only a very hazy idea of who you want to be Jewishly.

There is a mikvah. Can you swim? And a Beit din? And it all culminates in a single sanctification in an affirmation ceremony.

All this work and all those hoops to jump through and you are called convert?

This is Mary's story, told in a series of insightful, wonderfully written essays. Her work has appeared on this Abq Jew Blog before - see Making Amends and Existential Ennui - and Tovah Miriam's many friends and followers will be pleased with this collection.

Mary says of the book:


This is the story of how I splashed to the surface of the waters of my mikvah, breathing my first breath as a Jew.

It is the story of how I came to step into those waters in celebration and in continuity with Jewish life after I was fifty.

It is a story about how I contributed to the Jewish diaspora by increasing it by one single individual—me!If it is imaginable to have been somewhat Jewish by default,

I can honestly say that I have never missed a single yahrzeit for my mother’s death, September 30, 1968. But when I started my annual observances, I had never heard the word yahrzeit.

Seventeen years would pass before I would learn that word. Seventeen mornings I woke up and thought, it was today, and, instead of lighting a candle, I had to go to work.

During most of my career I was an advertising copywriter.

Abq Jew is thrilled to point out that A Non-Swimmer Considers is proudly promoted in the December-January edition of Hadassah Magazine's Guide to Jewish Literature, where the advertising copy reads:


“This book is one woman’s journey to Judaism after age fifty. The evocative descriptions catapult the reader into a different place and time. It should be on every Jewish bookshelf!”—Tammy Kaiser, MSJE, Jewish Educator.

A Non-Swimmer Considers is, of course, also available from Abq Jew's Amazon Store. 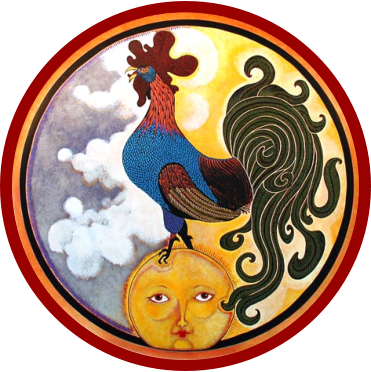 Here is a bit more about Mary, who is one of Abq Jew's Featured Artists:

Carter was a proto-blogger as The Chicken Lady on The WELL.com.

Carter is also a painter and crafts-woman, choosing surrealism for her paintings and traditional decorative techniques for her popular one-of-a-kind furniture. With such a varied life, change itself has become the constant for her.

In her new book A Non-Swimmer Considers Her Mikvah, Mary E. Carter explores the process of change later in life and introduces readers to her life’s influences and directions as her story unfolds. 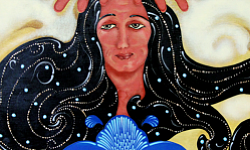 Mary E. Carter demonstrates that it is possible for an older person to continue growing and changing later in life. This is not to say that everyone can or will, but, certainly, anyone can try.