Abq Jew on Twitter: Yes, of course Abq Jew is on Twitter! And with 1,528 Followers, he is proud to say.

Abq Jew targets his ads at Twitter users who are interested in the same crazy stuff that Abq Jew is, and who happen to live in any of several key US states or Canada or Israel. Of course.

Sometimes Twitter users will actually mention @AbqJew in a tweet. This is (as Twitter users know) an effective way of attracting the mentionee's attention. Such as:

Now, Abq Jew's Modern Hebrew is not nearly as good as it was back in the last century, when he was an engineering student at the Technion. But Abq Jew thinks this says

Why am I getting ads from the Jewish community in Albuquerque?
Do I look like Bugs Bunny? 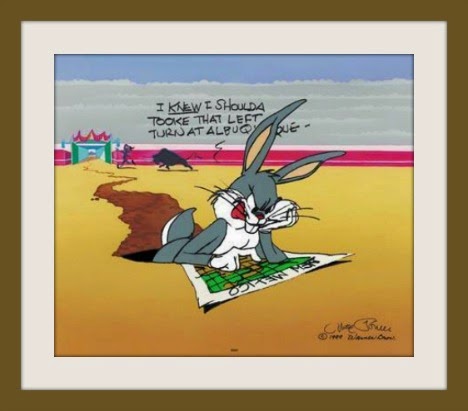 Everyone in Albuquerque recognizes this as the age-old Left Turn at Albuquerque calumny. Which actually has an explanation that involves Bugs' creator.


Some of Chuck Jones' colleagues got lost commuting from the Southeast US to Hollywood and ended up lost out in the New Mexico boonies.

The experience was memorable enough to create an inside joke that ultimately became the means by which Bugs Bunny ended up in the middle of nowhere.

The joke was that Bugs was actually trying to get to Hollywood but got diverted in Albuquerque. 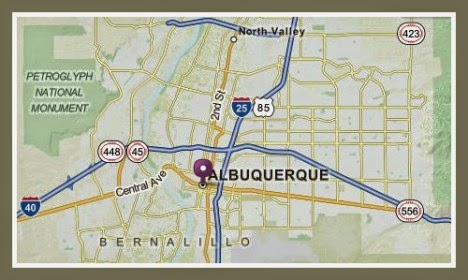 Abq Jew is, of course, based right here in the NW, in his beautiful West Bank (of the Rio Grande) settlement. But his reach goes way beyond the [18] '67 borders, which are actually nothing more than the [18] '49 armistice lines.

To all of you, everywhere, Abq Jew can only say ...