Scholar of 'The Other Talmud': It is with great sadness that Abq Jew reports the passing of Rabbi Judith Z Abrams, the founder and director of Maqom: A School for Adult Talmud Study. 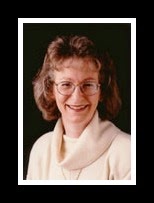 Rabbi Abrams was the Guest Speaker at the Albuquerque Community Selichot Service in 2012. She spoke about the Jerusalem Talmud, the subject of her most recent book, The Other Talmud: The Yerushalmi: Unlocking the Secrets of The Talmud of Israel for Judaism Today.


I just learned of the tragic death of my colleague, Rabbi Judith Z. Abrams.

Judy (as I knew her at HUC in Cincinnati) was a brilliant teacher with a beautiful soul and a wicked sense of humor. Through her writing and teaching she brought the complexities of Talmudic discourse to thousands of students around the world.

She was a pioneer of online learning. Her website, Maqom.com, brought Jewish sacred text and Rabbinic thought into all corners of the world. Her books were brilliant and accessible - a rare combination.

She was a pure soul and a true scholar. The world is a darker place without her shining light.

T'hi Zichrah Baruch - may her memory be for an eternal blessing.