An Email from John the Revelator

No Good Deed etc: How strange, you may think, for Abq Jew to write a blog post about John the Revelator! Well, it's been a strange week. So here we go. 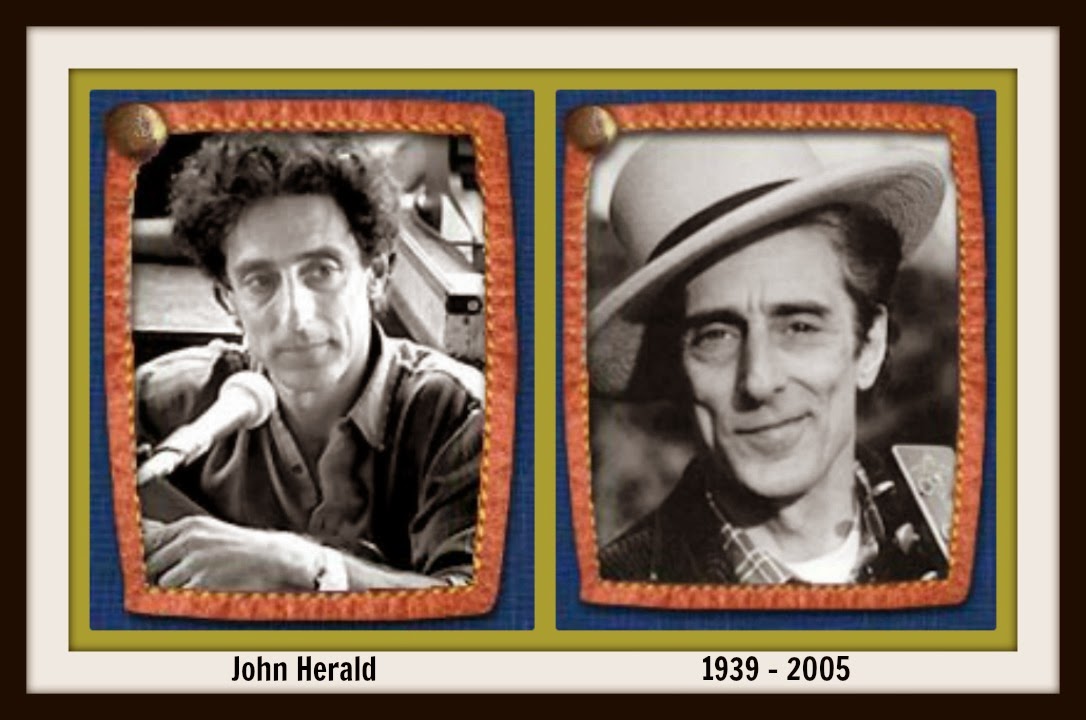 But first: Abq Jew would not know a thing about John the Revelator were it not for the late folk singer John Herald, of blessed memory. John was one of The Greenbriar Boys, which also included banjoist Bob Yellin (no relation). It was from The Greenbriar Boys that Abq Jew first came to love bluegrass and banjo music.

Later in his career, John wrote the song Jon the Generator, which was patterned after Blind Willie Johnson's version of the gospel tune John the Revelator. John couldn't remember the words, so he made up his own. It became his own classic.

Well, it's been a strange week. Why, just this very morning, Abq Jew received an email from John the Revelator.


Abq Jew received an email from John the Revelation Writer?
The guy who discovered The Seven Seals? 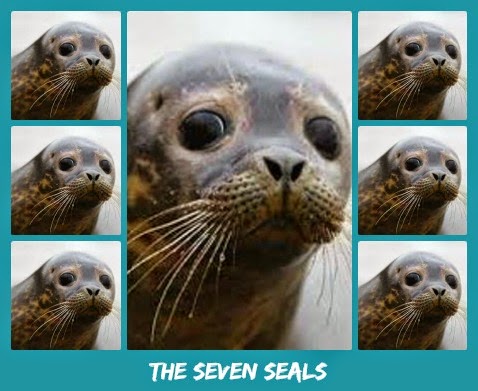 Well ... no. It was from another John the Revelator. Here is his email:


The Udalls and Their Long Proud List of Mass Murderer Ancestors. Sir or Madam: I am REV John Williams, The Revelator, Founder of The Church of Bible Prophecy, an Evangelical Christian religion. I email you to alert you and those you share with the fact that both Senator Tom Udall and Senator Mark Udall proudly proclaim to descend from a long line of mass murderers. Yet, both these Udalls receive a lot of donations and support from Jews! As with The Church, we know that genocide and mass murder is also of great concern to you all. Therefore, we have written to New Mexico Colorado Jews and their Jewish Communities an open letter informing them of of the true characters of just whom they donate to and support. Please visit our webpage at: www.churchofbibleprophecy.org/open-letter-to-jews.htm After you have read this webpage, please email us your comments just as soon as you can. Please freely distribute this webpage as you wish. Thanks. Your servant in God, REV John Williams, The Revelator The Church of Bible Prophecy, Albuquerque, NM

Abq Jew really doesn't know what to do about this. It's just too strange. 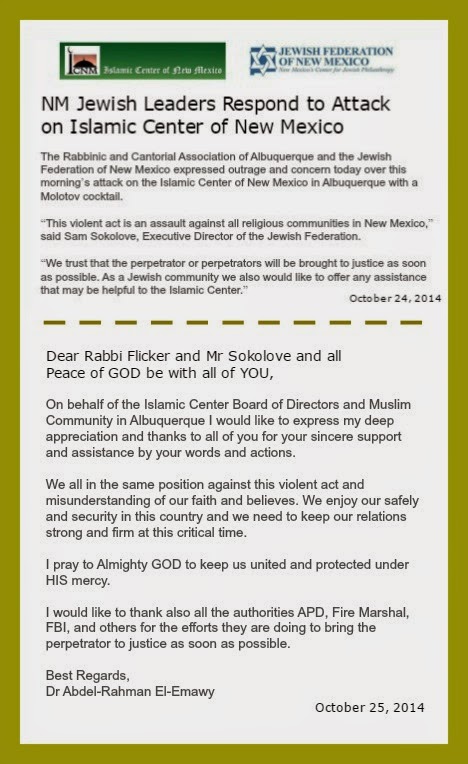 and the unofficial, in Abq Jew's view (but not, of course, in their own) anti-Israel Jewish (and non-Jewish) community's response to the original attack, from today's Albuquerque Journal:

Several local organizations are sponsoring a “peace walk” in support of the Islamic Center of New Mexico following an attack last week in which someone threw a Molotov cocktail at the center’s building.

This will be a family friendly walk open to anyone who wishes to participate, including children. Those who participate are asked to bring a candle and, if they wish, flowers.

At the Islamic Center a statement of support will be given to Imam Shafi Abdul Aziz, signed by groups and individuals within the community. The Islamic Center has invited the walkers to a reception at the center after the walk. All of this has inspired Abq Jew
to take the rest of the week off. So ....

Here is Jon the Revelator. Which is another Abq Jew milestone - the first YouTube video that Abq Jew created and uploaded to his YouTube channel. Enjoy!

And even though it's only Wednesday -
Shabbat Shalom, Albuquerque!
Good Shabbos, New Mexico!